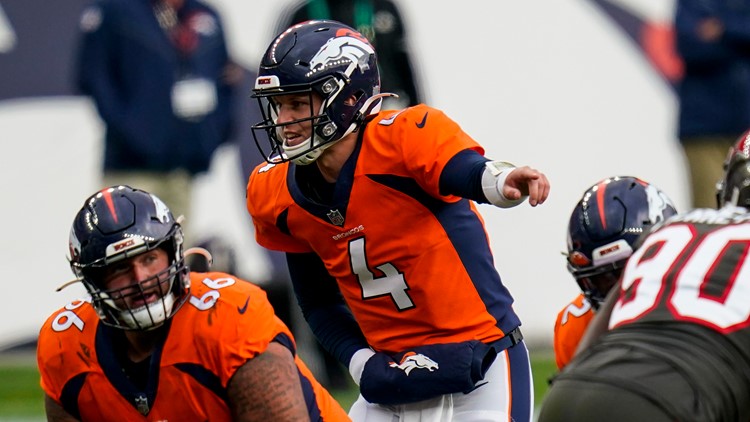 Week 4 will kick off tonight as the Denver Broncos are set to clash with the New York Jets on Thursday Night Football.

Denver Sports Betting is here to preview the game from a betting perspective.

Sports betting is 100% legal in Colorado, and it’s time for sports fans to get in on the action! We have partnered with BetRivers Sportsbook to give the Denver Sports Betting community an incredible sign-up offer with Colorado’s hottest new Sportsbook.

Tonight’s game is a matchup between two winless teams in the AFC so far this season. Injuries have totally ravaged the Broncos, whereas the Jets have just played awful football as of late.

These are probably the two worst teams in the AFC right now, and quite frankly, the outcome of tonight’s game could have a significant impact on where each team will draft in the first round come the springtime.

Brett Rypien will get the start at quarterback for Denver. He replaced backup Jeff Driskel in the middle of the Broncos’ Week 3 matchup versus the Tampa Bay Buccaneers and has earned the trust of head coach Vic Fangio for the time being.

Rypien will become the ninth Broncos’ starting quarterback since the 2017 season and will look to take advantage of a weak Jets team.

Both New York football teams have been atrocious this season, but the Jets have been especially bad. Sam Darnold has looked lost under the command of Adam Gase, and fans of the team are ready to burn the franchise to the ground.

The Jets were 11.5 point underdogs last week versus the Indianapolis Colts and wound up losing 29 points.

Despite all of the injuries the Broncs are dealing with, they somehow opened as the -3 betting favorite on the road. This is a testimate to just how bad the Jets are. That said, New York is a much healthier team than Denver, but the Broncos remain the favorite, although most books have the line at Denver -1.

Betting trends and information via Covers.com: