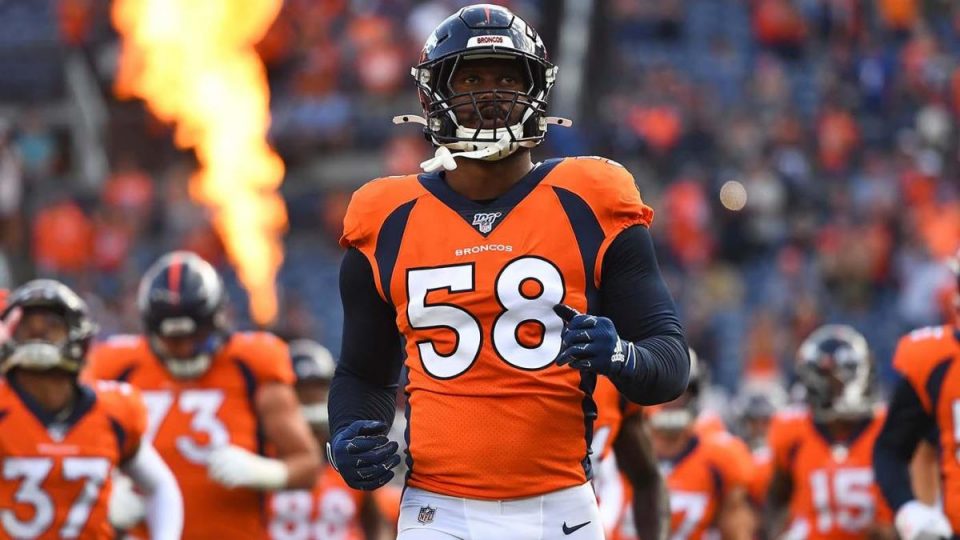 The 2020 NFL season is not off to a great start for the Denver Broncos, and their fans as Von Miller suffered a potentially season-ending injury during practice Tuesday.

Adam Schefter of ESPN is reporting Miller injured his tendon in his ankle, which will require surgery and likely end his season before it even started.

Losing Miller is a big blow to Denver’s defense, as the Broncos will likely also be without pass rusher Bradley Chubb to start the season, as he continues to work his way back from an ACL injury suffered last season.

Miller is the leader of the Broncos and just one of two players remaining from Denver’s Super Bowl 50 squad.

“The loss of Von Miller is tough,” Smith told Denver Sports Betting. “The one thing I saw out of Von this offseason was a complete renewed dedication to his team as a leader. That’s going to be missed. You can’t replace that. He’s a generational type of talent. We definitely wish him well. Just a freak accident for this to happen right before the season kicks off.”

Want to win a private dinner with Rod Smith for you and some friends? Click here or scroll to the bottom of this post to enter our sweepstakes!

The Broncos are now forced to prepare for their Week 1 matchup against the Tennesse Titans without Miller, which will undoubtedly affect how the game will play out.

Betting lines have already shifted as the spread went from Tennessee -1 (or a pick ’em depending on where you play) to Denver +2.5, per BetRivers Sportsbook.

The Broncos blanked the Titans 16-0 in Week 6 last year, which prompted the Titans to bench quarterback Marcus Mariota in favor of Ryan Tannehill, who just signed a lucrative extension to continue running the shown in Tennessee.

Tannehill threw for 2,742 yards and 22 touchdowns last season and helped lead the Titans to the AFC championship game as did running back Derrick Henry.

The duo proved to be effective last season, but it will be interesting to see how Broncos’ head coach Vic Fangio plans to counter them, given he’s had the entire offseason to prepare for this game.

Fangio is an old-school head coach, and he will look to follow up the Broncos’ solid performance against the Titans last season with a better one in Week 1, even without Miller.

Additionally, the Broncos always have a built-in home-field advantage by playing a mile above sea level. The altitude has always been a significant factor when handicapping Broncos’ games, and it could be a critical factor for Week 1, given the adverse circumstances surrounding the season.

Historically, the Broncos have played well in home openers, winning 18 of the last 20.

Check back to DenverSportsBetting.com for more information about the game, as well as betting news for all your local Colorado sports teams!

All about value for Nuggets-Clippers Game 4