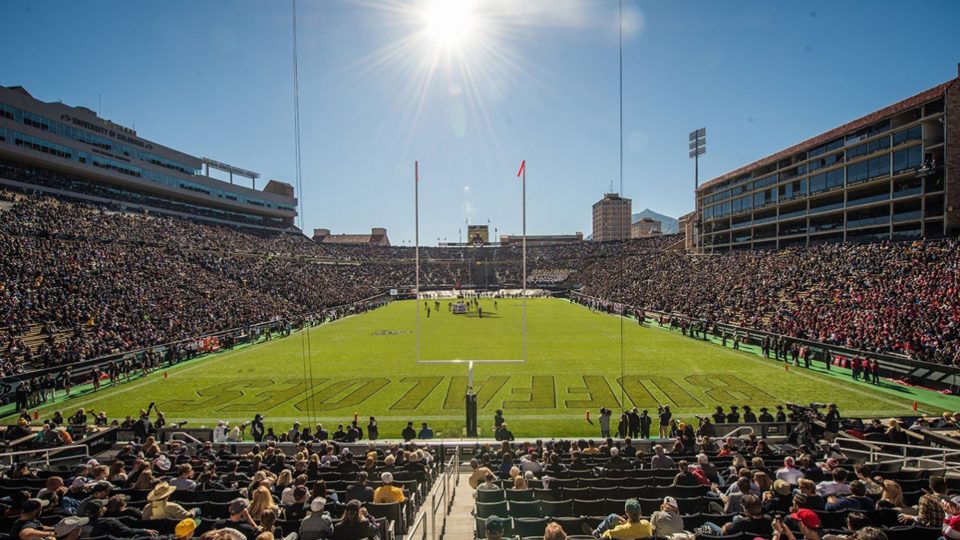 The Buffs are breaking down barriers as it was announced the university has partnered with PointsBet.

Per a press release:

”Learfield IMG College, the media rights holder of University of Colorado Athletics, and PointsBet, a premier global gaming operator, announced Tuesday that they have signed a five-year corporate sponsorship agreement that makes PointsBet a proud partner of the Colorado Buffaloes.

The exclusive partnership is the first ever between a sports betting operator and a major NCAA Division-I Athletics Program.”

The timing couldn’t have been better as most colleges are preparing for a financial hit this fall with many COVID-19 restrictions limiting most NCAA sport program budgets.

CU Athletic Director, Rick George,  said the Buffs are “thrilled to have PointsBet as a partner”. The new 5-year deal will give the university and its sports programs a needed economic boost.

PointsBet is already a noteworthy partner with Kroenke Sports & Entertainment (Altitude TV, Nuggets and Avalanche) and looks to further its roots here in the Centennial State with this historic announcement.

While notable, PointsBet has yet to release their online mobile app yet in Colorado and could do so within the next couple months. PointsBet already has announced its decision to build its North American headquarters in Denver, CO and will continue to grow within the market.

This is another step in the forever changing landscape of NCAA athletics. The top governing board of the NCAA had already announced they are O.K. with students getting paid on their likeness like names, jerseys, and merchandise but didn’t want students to receive money directly from the universities themselves.

This historic announcement is another massive step for student athletes to receive some sort of compensation for endorsements in the near future.

Colorado has become a hub for sports betting since it was legalized in May, and there is a lot of expectations for other schools in the state to look for strategic betting partnerships moving forward.

Just last week, PointsBet announced a massive partnership with NBC Sports, which was estimated to be worth upwards of $500 million.

PointsBet is quickly becoming a major player in North American sports betting and sees Colorado as fertile ground to stake claim on. Expect them to continue to grow outside and within the confines of the Mile High City.