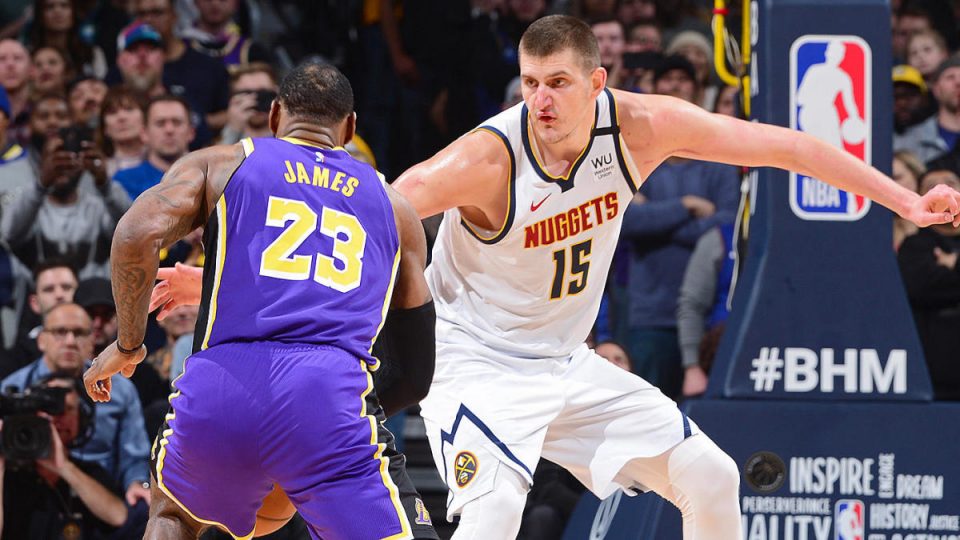 The Los Angeles Lakers will be a different animal.

What Have We Learned?

Before we look at who the Lakers are, let’s look back at who the Denver Nuggets have competed against. The Utah Jazz and Round 1 was a round of pure offense and slower-paced play. The Jazz themselves had a playoff defensive rating of 116.8 and an offensive rating of 120.3, meaning the Nuggets were asked to outshoot them night in and night out.

On the other hand, the Los Angeles Clippers and round 2 was a series of transitional offense and high-quality defense. The Clippers showed their defensive prowess, especially wing defense, with a defensive rating 105.7 and undoubtedly bothered Jamal Murray and the other wing players. On the offensive end, they had a rating of 113.3, showcasing just how different this round was compared to the first round.

Looking Ahead to Round 3

Going into the third round, we are facing a team that is really the best, or worst, of both worlds. The Lakers have the defensive poise and playoff experience of the LA Clippers, holding a playoff defensive rating of 105.4 on the backs of Davis, Lebron, Howard, and McGee.  However, they also boast the offensive explosiveness of the Jazz, with a deceptive offensive rating 114.4; but make no mistake, if Lebron and Davis need to score, they will.

Although the Nuggets are uniquely prepared for such a battle, the lessons they have learned the last two years in the playoffs have prepared them for this moment. We have already seen this year, in TWO SEPARATE rounds, that this team can learn and adapt quickly in order to win the series, and you best believe we can do it again.

Mostly because the Lakers have a few key weaknesses the Nuggets can exploit.

To start, the Lakers do not have the length or depth in wing defenders the Clippers did. Therefore, Murray should look to exploit that in more games than we saw him do during round 2. In addition, these same Lakers wing players are not as deadly from on the offensive end either, make no mistake, we should not write them off, but we likely have the advantage there.

Furthermore, Dwight Howard, after a tumultuous round 1, has only played 2 of the last 5 games, and when he did, his minutes were cut in half. Now I remind you, he has not played particularly well the entire season from a statistics perspective, and this may seem insignificant.

However, he has been a go-to player to give Davis rest and add hustle and energy to this aging Lakers team. With him out, Jokic and Plumlee should go at Davis and McGee in an attempt to rack up fouls and force Dwight into the game or even just put pressure on Davis and McGee to play more timid.

That being said, the Nuggets have some fundamental weaknesses to be hyper-aware of.

The team does not have a go-to player that can lock down Lebron James. Millsap will likely be the Nuggets’ main defensive presence on the superstar, but it will be hard for Millsap, or another smaller player, to keep up with James in a 7 game series. Furthermore, while Jokic’s defense in this postseason has been leaps and bounds above what we are used to, even leading all remaining players with 3 blocks on Tuesday night, he will have a hard time staying out of foul trouble against Davis.

Lastly, Rajon Rondo’s playoff return has given the Lakers a considerable boost, his offensive spark has been important in almost every game the Lakers have played thus far. Additionally, he also brings two steals and is a well-rounded defensive guard for his size. That said, the return of Gary Harris has proven to be a massive addition for the Nuggets as well, potentially canceling out that of Rondo.

Nuggets Nation, You're booked solid through the 30th. #WholeNewGame #MileHighBasketball

All in all, this series is set to test both team’s mental preparedness, a fact that I am sad to say the Lakers hold an advantage in. Lebron’s experience in the playoffs could single-handedly push them past the Nuggets. However, the Nuggets have learned an astounding amount in the last two series and matured when it mattered most. That, combined with the Nuggets raw talent, could give the Nuggets the edge they will need to defeat the best Lakers squad we have seen in years.

Round 3 Lakers vs Nuggets starts Friday at 7 pm MST on TNT and will be sure to be a historic matchup, one that all of us here at Digging For Gold and Denver Sports Betting cannot wait for.