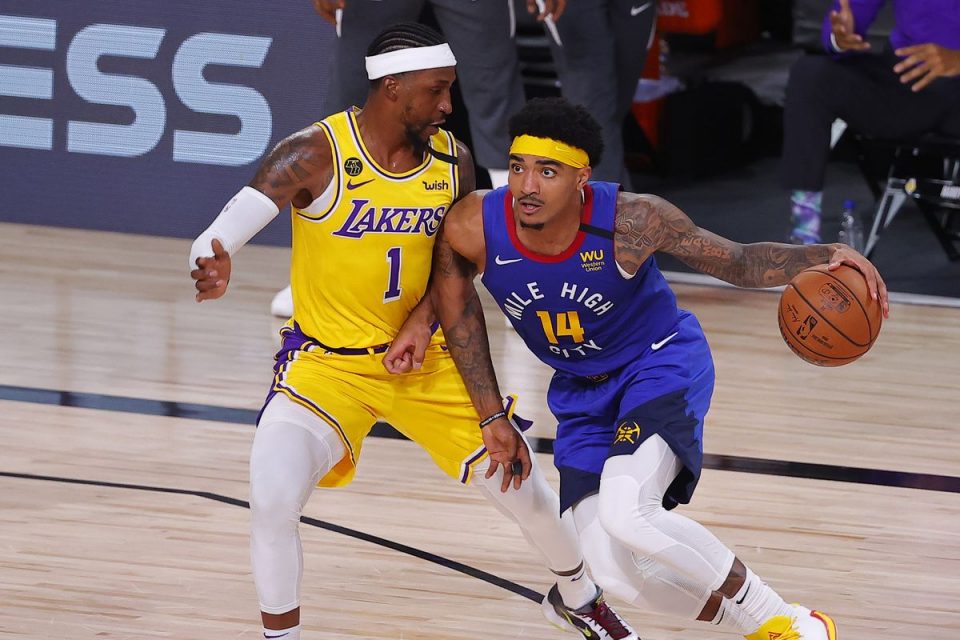 Counter punchers, even the best ones, sometimes have problems in the early stages of a fight. Sometimes your opponent hits way harder than you expect; now, you’re dazed, confused, and your game plan is ruined. Choices are simple, adapt, and find a new strategy or continue to take power punches to dome.

Having a puncher’s chance only works if your punch is strong enough to knock out your opponent. Right now, the Denver Nuggets look like a contender that’s content on taking the fight the distance. Unfortunately, the Los Angeles Lakers are connecting knockout punches; and aren’t being hurt by any punch Denver has landed. Time to counter with a new strategy because toe-to-toe isn’t going to be an option.

In Game 1, the Lakers pounded the body. Scoring 54 points in the paint and dropping 16 fast break points. Any time Denver was able to counterpunch, the Lakers held on and waited for the refs to step in and restart the fight. Holding on refers to the 37 free throw attempts the Lakers took in the game, including a ridiculous 24 in the 2nd quarter alone. Questionable calls were made, but untimely turnovers compounded the Nuggets’ problems.

The Nuggets are not as good as the Lakers. This fact doesn’t mean Denver can’t compete or win this series. The truth is, Denver has to limit mistakes and go for the knockout blow when the Lakers have their guard down. If you are being dominated in the paint, you can’t lose the 3pt battle. If you can’t stop or limit the fast break transition baskets, you can’t lose the turnover battle. If you’re going up against a top-heavy team led by two future Hall of farmers, you can’t let the complementary players have big nights. In order for Denver to pick themselves up off the canvas, they’ll have to fix these Game 1 issues.

According to our friends at BetRivers, the current lines for Game 2 are Denver +7.5 underdogs with a 213.5 Over/Under Game Total and a Moneyline for Denver @ +255.

Let’s check out some data and look for ways to profit while enjoying Game 2.

Expectations for the Game

In order for the Nuggets to counter, they’ll have to take what the Lakers give them. Outside shots and specifically 3 pointers will be available for Denver throughout the series. If Denver is going to have a chance, they need to hit some 3s. Hitting 3’s will dictate the pace of play in the Nuggets favor, and it will also lead to more opportunities inside.

In Game 2, look for Jamal Murray to attempt more 3s. Denver feeds off of Murray’s energy and his rhythm. Denver should use more ball movement on offense, which will lead to more corner 3s and more top of the key jumpers for Jokic.

The key to Game 2 will be the winner of the turnover and transition basket battle. Denver has to take care of the ball and limit the Lakers transition buckets. Expect a big game from Lebron and a typical 25 10 5 night from Anthony Davis. Murray needs to be special tonight in spurts. The Nuggets don’t need 50 points Murray; they need the ‘keep us in the Game Murray” hit tough shots when no one wants the ball Murray.

Lastly Denver needs to play tonight with their elimination game mentality. It’s just game 2; but it’s a must win game for Denver. Winning 4 of 7 against Lebron was an already daunting task coming into the series. Being forced to win 4 out 5 would be nearing the impossible range of outcomes.