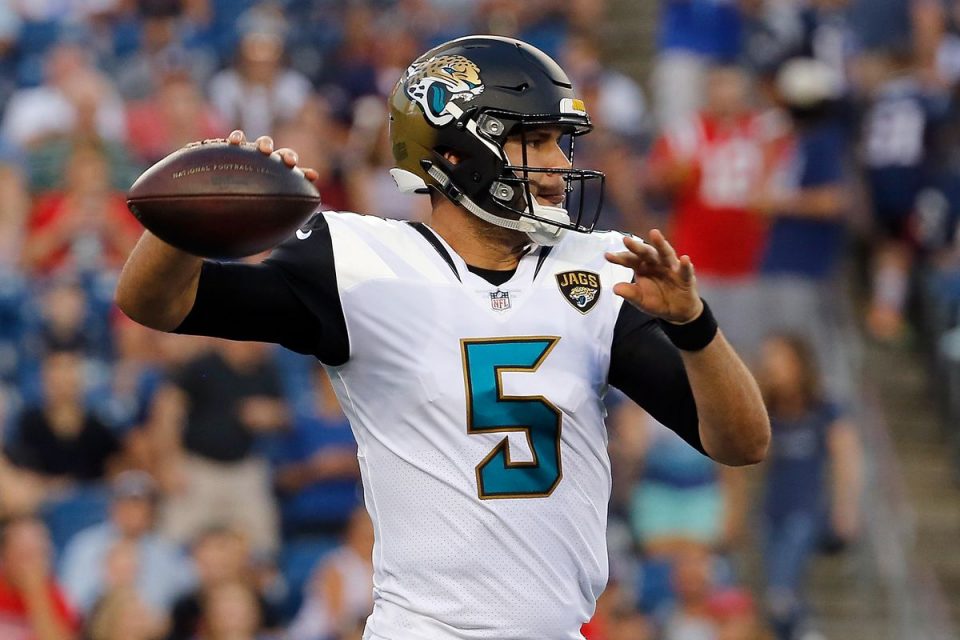 The Denver Broncos are set to sign quarterback Blake Bortles to a one-year deal.

Update: Denver is signing former Jags’ and Rams’ QB Blake Bortles to a one-year deal once he passes his COVID protocols, per source.

With Drew Lock out 3-5 weeks, the Broncos almost signed Bortles last year and now will take the next step this year.

Drew Lock went down with a sprained AC joint in his shoulder after taking a hit during the Broncos Week 2 matchup against the Pittsburgh Steelers. Backup quarterback for Denver, Jeff Driskel, filled in en route to a 26-21 loss. Driskel struggled to connect with his receivers, going 18/34 for 256 yards, while now being 1-7 in his 8 career starts.

BetRivers Sportsbook will match your first deposit up to $250 when you sign up here and use code 250MATCH. By signing up with BetRivers, you are eligible to win a private dinner with Bronco legend Rod Smith. Click here for more info. It’s clear that John Elway and the Denver Broncos staff were looking for a more seasoned quarterback to take over the role of starter with Drew Lock being sidelined for 3-5 weeks.

Per ESPN’s Jeff Legwold, Bortles won’t be able to attend any player meetings until Friday or Saturday, which means Driskel will still get the start in Week 3 for the Broncos when Tom Brady and the 1-1 Tampa Bay Buccaneers come to town.

In his career with Jacksonville, Bortles started 75 games, throwing 103 TD’s to his 75 INT with a completion percentage of 59.3%.

According to BetRivers Sportsbook, The Denver Broncos currently sit at +6 dogs against the spread versus the Bucs, while hanging around +215 on the money line. Even with the introduction of Blake to Denver, the lines shouldn’t be expected to shift much as he can’t start for the Broncos till Week 4.