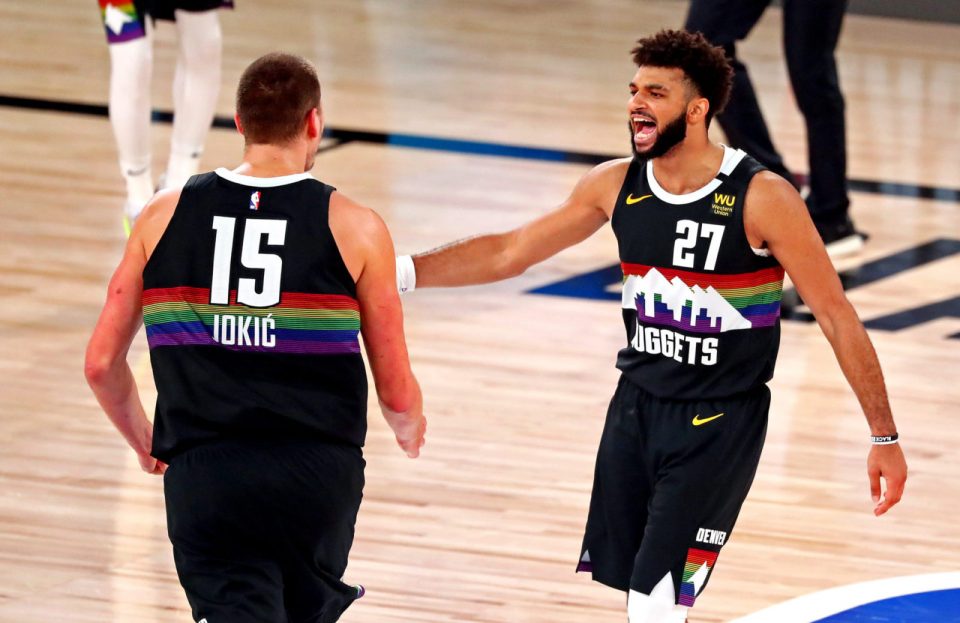 As we mentioned in our last post, the Denver Nuggets simply are not a team who roll over and give up. Although down 3-1 in the series for the third time now these playoffs, the Nuggets are all too familiar with this position and know what it will take to peg one back against the Lakers.

Denver will tip off with the Lakers at 7 pm MST on TNT and look to let the other LA boys know what they are made of.

In Game 4, the Nuggets were neck and neck with LA, but down the stretch, Lebron wanted the Jamal assignment, and his defense, along with other forces I will not mention, made it challenging for Jamal. The Lakers’ defense tightened up for the final minutes, and it showed, putting the Nuggets in their common 3-1 hole.

The Nuggets will enter this game +5 underdogs, with the Moneyline at -105. The public seems split on these numbers, with 56% of the bets going for Denver; however, the % of money primarily going towards Lebron and the Lakers.

While we never led in Game 4, we never drifted too far from LA. It seemed as if every time we brought it back close, the Lakers would go back on a mini-run or we’d have calls go against us, something that seemed in no small part due to the appeal the Lakers made to the NBA about the lack of calls being given in their favor.

This next game, like the previous ones, will require the Nuggets to stay out of foul trouble, something that got Jokic in a hole in the fourth quarter while he was largely on the bench made to watch the game slip away. Despite a magnificent game from Jamal Murray ( and a layup reminiscent of MJ himself), it wasn’t enough as our “others” struggled.

Although this series does seem different, don’t expect the reaction from the Nuggets to be. They will come out with all they have to force a Game 6 against the now-favored LA Lakers. Denver has the heart, and Malone and company should figure this next game out, living to fight beyond tonight.

Heading into Game 5, there are really only two ways to consider betting this game. All in on the Nuggets Moneyline or take the Lakers and the points. Winners in this series have covered the spread or won outright.

Numbers to remember for Nuggets-Lakers Game 5:

Expect a similar start to Game 4. The Lakers will come out swinging and will try to send Denver packing early. The Nuggets will look like the veteran team and will answer the Lakers push. Look for an X factor from either team to establish themselves early. KCP and Kyle Kuzma are the usual suspects for the Lakers. Denver will look to Jeremi Grant or MPJ to have a similar impact.

This is either going to be a nail bitter or a game where Denver’s magic runs out early. History would lean towards nail bitter. We know what the stars will provide, this game will come down to secondary scorers and which can defend the paint in the critical moments. Ride or die time; back against the wall, go with your gut, which team feels like a safer bet.