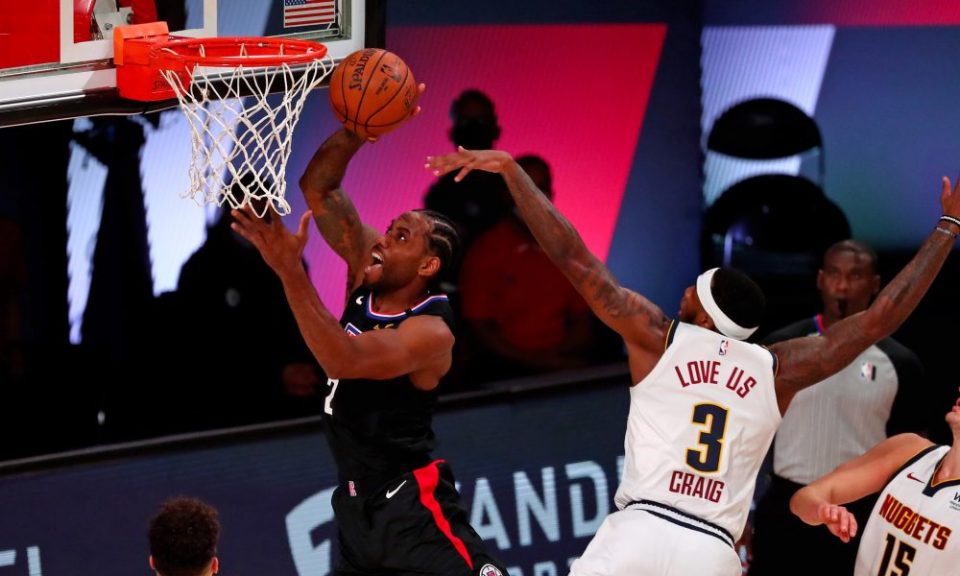 After being embarrassed in Game 1, the Denver Nuggets will look to bounce back against the Los Angeles Clippers in Game 2 of their Western Conference playoff series tonight.

Denver Sports Betting is here to preview the game from a betting perspective.

Oddsmakers once again have the Nuggets as big underdogs at +9.5 against the spread and +340 on the Moneyline, per BetRivers. The total for Game 2 is set at 223.0, which is one point less than where the total closed for Game 1.

The Clippers are taking in well over half of the public bets against the spread, and 79% of point total bets are funneling towards the over as of this writing. The public is still backing the Clippers big time in this series, as many fans are hopeful for a Clippers-Lakers Conference Final.

Denver was sluggish and exhausted in Game 1 of the series. While the Nuggets managed to hang with the Clippers through the first quarter, Los Angeles pulled away entering halftime and dominated the entire second half.

The Nuggets’ defense was soft as the Clippers shot well over 50% from the field, and 41.7% from beyond the arc.

Los Angeles held all Nuggets’ starters to under 20 points, and Jamal Murray was locked down for a majority of the night, scoring just 12 points on just 5-15 shooting.

The Game 1 loss was a typical performance from the Nuggets. Many predicted Denver would get buried, and they did; however, the Nuggets certainly play their best basketball when the spotlight is on them.

Fatigue could be the downfall of the Nuggets’ this season, although they have shown an ability to find a way to win when the going gets tough. That said, it will undoubtedly be difficult for the Nuggets to rally from a substantial deficit in a series against a team like the Clippers as opposed to the Utah Jazz.

Denver knows this, which is why you hope the Nuggets come out with a real sense of urgency tonight for Game 2. Still, you never know with this team. When the entire team buys in, the Nuggets can beat anybody, but the synchronization has not been there consistently in the bubble.

Still, fatigue is kind of a bogus excuse for Game 2. Game 1 is understandable, coming off the emotionally draining Game 7 against Utah. After a three month layoff due to COVID-19, everybody knew the conditions would be tough, so let’s not sit here and say this is unexpected.

The Nuggets know what they have to do. After getting their feet wet in Game 1, Denver must play with much more passion and energy in Game 2.

The Clippers are not unbeatable. The Dallas Mavericks managed to win a pair of games in their opening series against the Clippers without Krisptas Porzingis for most of the time.

What to look for tonight:

The Nuggets are a talented team, and they are good enough to get at least one win in this series. There is a chance for a big payout at Nuggets +340 on the Moneyline if you think Denver will right the ship in Game 2, although that is a risky play in the court of public opinion.

The questions is: which Nuggets team will show up for Game 2?

If Denver plays as they did in games 5 and 6 against Utah, they absolutely have a chance to even the series tonight; however, you always have to worry if this team has the mental fortitude required to beat a team led by “The Klaw” in the postseason.

If you belive in your heart of hearts the Nuggets will win tonight, then you might want to play the Moneyline. If you think Denver has a chance and will keep it close, you could consider playing the spread (+9.5).

Either way, this is a pivotal game for the Nuggets.