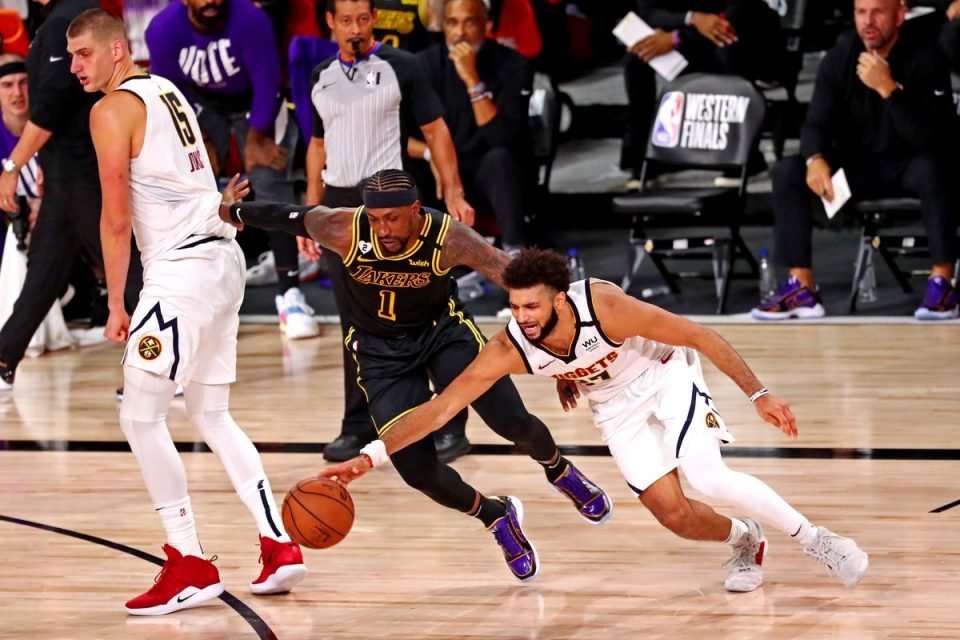 For once, this is now unfamiliar territory for the Denver Nuggets, who are down 2-0 in the Western Conference Finals against the Los Angeles Lakers. Denver Sports Betting is here to help take a look at this game through a betting lens, with the tip-off at 7 pm MST on TNT.

According to our friends at BetRivers, Denver is the +6.5 underdog with a 213.5 Over/Under Game Total and a Moneyline for Denver @ +215.

After a convincing Game 1 performance from the Lakers, the Nuggets made the necessary adjustments in Game 2 to take the Lakers down to the wire. Had it not been for a miraculous Anthony Davis 3-pointer at the buzzer, the Nuggets would be even in this series. Unfortunately, that isn’t the case, the shot was sunk, and now the Nuggets are staring down a daunting 2-0 deficit against a strong Lakers team.

Look for a similar game plan this time around, as it worked pretty well. Staying out of foul trouble is going to be absolutely crucial for our stars, something they managed well in Game 2. However, the big piece that Denver needs to work out is the glass.

The Nuggets gave up 13 offensive rebounds, the inability to secure the last one leading to the out of bounds play for the game-winner. Against a team of this caliber, those points are vital, and Denver simply cannot give up that many offensive rebounds and expect to win.

A wildcard play from Malone might be to put Dozier in a bit earlier here in the game, as he performed admirably in near every scenario he faced – minus his free throws, which hurt us big time. If Denver can replicate their performance in Game 2, remain out of foul trouble, and iron out the rebounding disadvantage, this should be another nailbiter (hopefully where Denver comes out on top).

The Nuggets are going to have to dig deep once again, so look for a response from this incredibly resilient team in Game 3. This series is not over.

There is no reason why Denver can’t keep it close and have a chance to pull the game out at the end. Defense and slower pace of play point to the Under of 213.5 to be a solid play. In order to get the most bang for your buck, consider live-wagering. Both teams will go on runs and will score in spurts; based on who you like to pull this game out, look for an optimal spot to place a favorable wager on the Moneyline.

Let’s check out some data and look for ways to profit while enjoying Game 3.

With their backs against the wall again, this is the Nuggets last shot at making this a series. Denver has lived and died by scoring runs so far in the playoffs. Denver needs to clean up their mistakes in crunch time as they have no margin for error against the Lakers.

Jamal Murray has to be special tonight. As stated in previous game previews, the Lakers don’t match up well with Denver’s backcourt, specifically Murray. The Nuggets do not necessarily need a 50 point outburst from Murray, but they need a consistent and efficient night from #27.

This is it for Denver, and the team is smart enough to realize it. Look for aggression early from Murray. If Denver comes out hot, they could win this game wire to wire. If Murray starts slow, this could be the end for Denver. Expect big nights from Murray and Jokic; Davis will do his thing, and if Denver gets lucky, the rest of the Lakers will sit back and watch him. Whichever team scores the most from 3-point range wins Game 3. Hopefully, Game 3 will be the start of another extraordinary comeback story.