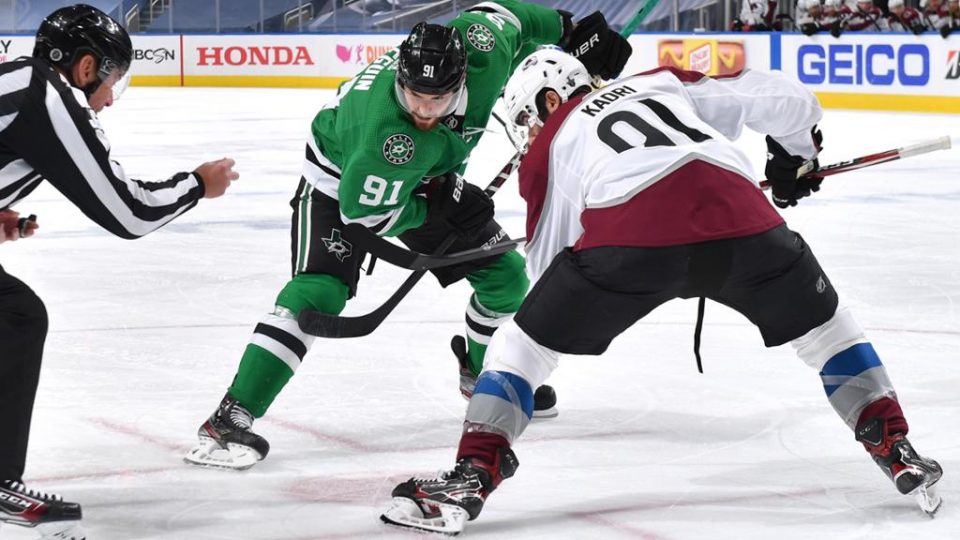 The Avalanche are one win away from the Western Conference Finals

Somehow, someway the Colorado Avalanche crawled themselves out of a 3-games-to-1 deficit to force a Game 7 against the Dallas Stars. The Avalanche will play at 2 pm MT today and will air on USA.

The bubble hockey dynamic is a different one, as the Avalanche are one of three teams to force a Game 7 after being down three games in a series.

We here at Denver Sports Betting are as excited as everyone else to see Game 7 playoff hockey and want to shed the light on the trends and stats that will help everyone take action on the game today.

The path to Game 7

The Dallas Stars, through the first four games of this series, scored no less than four goals in each of those games, which is a massive reason they were up 3-games-to-1. When you look at the Avalanche in those first four games, the secondary scoring struggled to get going. In games 1 and 2,  only Nathan MacKinnon, Gabriel Landeskog, and Mikko Rantanen were responsible for scoring.

The Avalanche were also a team that was once again bitten by the injury bug in this series, much like they were throughout the majority of the regular season. Avalanche backup goaltender, Pavel Francouz, had a rough time filling in for the Avalanche and surrendered a 3.23 goals-against average, which was one of the worst out of all goalies in the 2020 NHL playoffs.

Notable players out for Avalanche

Matt Calvert was seen skating at the morning skate, and is not known yet if he will play for the Avalanche today.

Where the money is going

Perhaps the most noteworthy trend of this series was how many times the over hit. This series has seen all games but 1 (Game 6) hit on the over. With that being said, per the BetRivers Sportsbook, the O/U is set at 6 goals again, much like it was for Game 6.

We want to caution those looking to ride the over today. The dynamic of these games has seemed to shift from where it was. Yes, there were still 5 goals scored in Game 6, and even 9 scored in Game 5; however, the goaltending change coupled with how both teams have started to block shots might see a lower total today. Inversely, the pick-up in physical play has lent to an uptick in penalties for both teams, which still will remain enticing for the over bettors.

Action Network has 61% of the public bets on the Avalanche and 39% on the Stars. Expect that to even out closer to game time.

This is a much earlier start than both these teams are used to playing this series. We are expecting a physical game with a lot of hits, blocked shots and penalties. It’s Game 7 after all, they are going to lay it all out today.

Will Denver have enough energy for Game 1 against the Clippers?