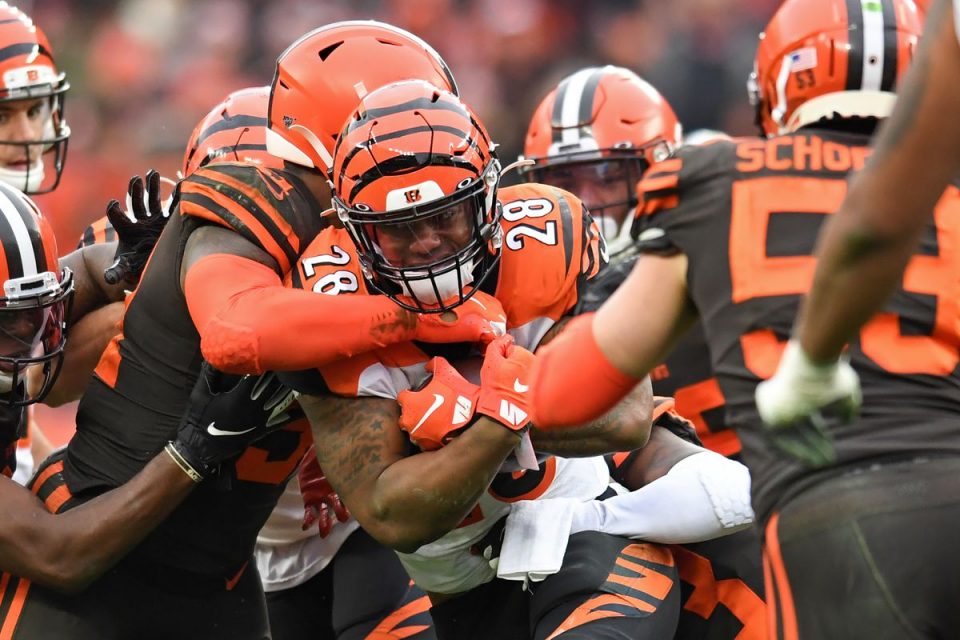 Well, it appears Week 2 of the NFL season will get off to a lackluster start with a matchup between the Cleveland Browns and Cincinnati Bengals. Thankfully, you can make this game more interesting by placing sports bets now that sports betting is legal in Colorado!

No offense to either squad, but both teams are a joke to the common NFL fan. Do you get excited to see the Browns fall short of expectations?

It will be interesting to watch the 2020 top pick, Joe Burrow, do his thing, especially with this sick prop bet offer from BetRivers sportsbook.

Our friends at BetRivers have boosted odds on one of Burrow’s props for tonight’s game. You can get Joe Burrow to throw his first touchdown pass of the night at +100, which is a huge boost from where it opened at -230! That means a $25 bet would double up if Burrow throws a TD!

Better yet, BetRivers Sportsbook will match your first deposit up to $250 when you sign up here and use code 250MATCH. By signing up with BetRivers, you are eligible to win a private dinner with Bronco legend Rod Smith. Click here for more info.

The Browns are the -6 favorite against the spread, and the point total is set at 43.5.

Let’s take a look at some notable stats and trends ahead of tonight’s game per Covers.com:

This is one of those random Thursday Night Games that eludes the mind of the ordinary sports fan unless they are a fan of either team or have money on the game. The Bengals were a total disaster last year, and this season will probably be more of the same as they look to build for the future around Burrow.

Despite being one of the worst teams in the league, the Browns have expectations to right the ship this season with a new head coach and an offense led by Baker Mayfield and Odell Beckham Jr. Week 1 was disappointing, but Cleveland will look to turn things around against the division rivals tonight. Still, that’s no easy task despite the clear talent advantage the Browns possess.

If you are betting the spread, bless your heart. Props seem to be the way for this game. No need to find yourself frustrated over two pitiful football teams. With that, both teams scored a combined 19 points during Week 1, and the under is 5-1-1 in the last 7 meetings in Cleveland, just sayin’.