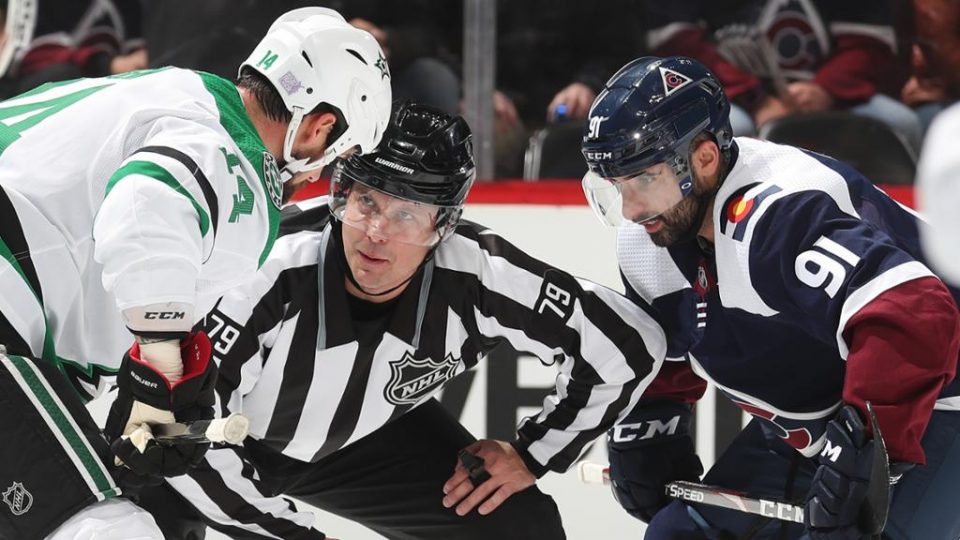 The Dallas Stars stand in the way of the Colorado Avalanche for round 2.

The matchup is set for an intense round 2 series between your Colorado Avalanche and the Dallas Stars. The teams have been whittled down to only 8 left in the NHL playoffs as the Avalanche get ready for their next challenger in the Western hub city of Edmonton. Dallas took down the Calgary Flames in 6 games winning the final one 7-3, while the Colorado Avalanche manhandled the Arizona Coyotes in a 5-game series scoring 14 goals in the last two.

You can view the upcoming series schedule here.

Stats for each team in the bubble so far:

During the course of the regular season the Dallas Stars had 82 points through 69 games which put them 3rd in the Central Division only behind the Colorado Avalanche and St. Louis Blues. The Stars maintained a +3-goal differential by scoring 180 and surrendering 177.

So far, in the course of the 9 games the Stars have played in the bubble (including round robin) the Stars have 5 wins and 4 loses and a -2 goal differential (25 GF and 27 GA). Their top points leader is defensemen Miro Heiskanen with 12 points, 3 goals and 9 assists and is tied for 2nd in the entire league for total points.

The regular season had the Avalanche at 92 points and second in the entire Western Conference. The Avalanche also bolstered the best +/- in the conference with a +46-goal differential (237 GF and 191 GA).

The Avalanche since entering the NHL playoffs have played 8 games, winning 6 of them. By far the most impressive thing about them is, in only 8 games since entering the bubble, the Colorado Avalanche have a +18-goal differential (31 goals for, 13 goals against) which is the best in the entire league. Equally as impressive is that Avalanche star Nathan Mackinnon is the league leader in points with 13,  4 goals and 9 assists

The matchup at a glance.

This matchup won’t feel much more different if you are the Colorado Avalanche, as the Dallas Stars play a tight defensive driven game with solid goaltending, very similar to how the Arizona Coyotes played. The Stars contain a much more diverse attack than Arizona did; however, and with the depth they have in their forwards I’d expect a lot more pucks to reach Avalanche goal tenders Philipp Grubauer and Pavel Francouz.

With the stakes increasing in round 2, the Dallas Stars are going to bring a much heavier physical presence (ask Calgary about it) than what the Avalanche saw against Arizona, and the Avalanche will need to match that physical intensity to crack a solid Dallas blue-line defense.

From a betting perspective.

As it stands right now per BetRivers Sportsbook, The Avalanche are stout favorites to win this series at -225 while Dallas sits at +185.

The best odds are the Avalanche to win this series 4 games to 1 at +395 which might be a shocker, seeing how good Dallas really is.

Game 1 starts this Saturday at 6pm MT. The Avalanche sit at -177 and Dallas +143 on the money-line. The over/under is also set at 5 goals. So far ActionNetwork has 73% of the public bets going for Colorado and 27% for Dallas.

Nothing like that Mile-High playoff hockey feeling. Go Avs go!