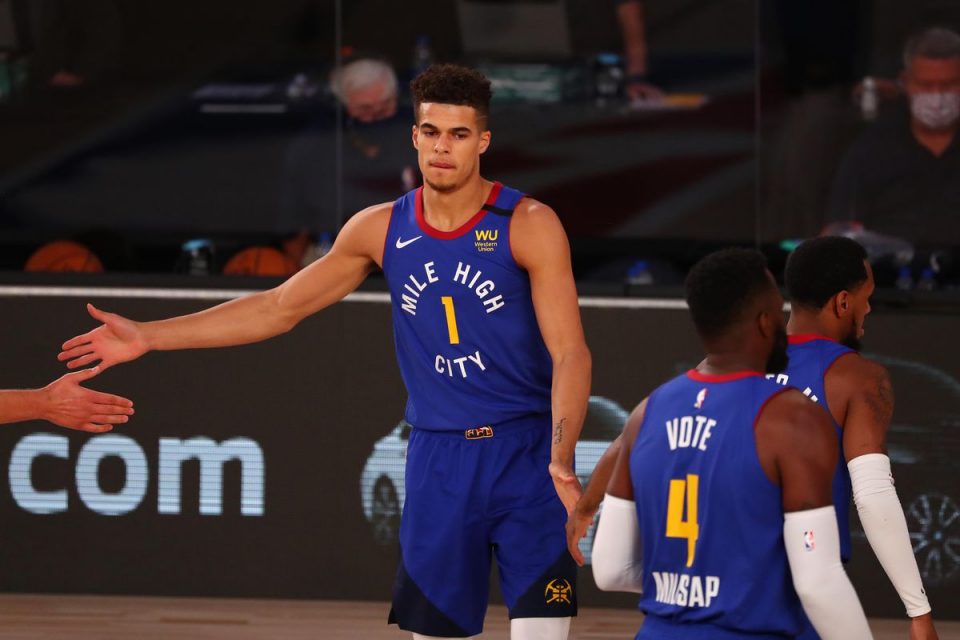 With the NBA playoffs rapidly approaching, the Denver Nuggets have some critical decisions to make regarding roster complexion moving forward this season.

Forward Michael Porter Jr. has been sensational throughout the return to play, and has started to force the hand of head coach Michael Malone.

Performance Up to Now

In MPJ’s first season, the rookie has shown he has great potential. During the 2019-2020 season, Porter has averaged only 16.1 minutes a game, scoring 9.2 points, shooting 50.4% fg, and 42.1% 3-pt fg. He is also grabbing 4.2 boards a game. These small numbers are no surprise for a Denver team that is a Western Conference Champion contender. In fact, it has proven hard for Coach Malone to find time to let the young Porter Jr. spread his wings.

After the announcement of the NBA’s return from a hiatus, the Denver Nuggets began to put in hard work to get back into competitive shape.

Unfortunately, this time saw many important players come down with injuries, opening the door for Micheal Porter Jr. Since the NBA restart, Porter has capitalized on a more than a 100% increase in his minutes, now averaging 37.8 minutes a game. From this, the rookie has been able to average 25.6 ppg on roughly 56.4% fg and 43% 3-pt fg, adding 10.2 rebounds. An astonishing increase in all categories, but can he keep it up through the playoffs?

Michael Porter Jr., as mentioned above, has been electric since the restart, torching teams whether the rest of the Nuggets are performing well or not. He’s really been unleashed, which has definitely allowed him the spotlight. With that spotlight, his talent along with his flaws are now on full display for much longer durations in games.

For that reason,  his role is going to come from the bench. For all his scoring ability, it is clear that his defensive ability and work rate are lacking. As fans, we have seen that this does not fly with Coach Malone and provided either Will Barton or Gary Harris are fit and healthy come the start of the playoffs, the nod will go to one of them.

On a team like the Nuggets, where the offense feeds off the defense heavily, the defense then becomes a priority. We know MPJ can score, in abundance, but Malone is going to need to see more from him.

He lets his man go right by him way too often, almost like he wants to chase down a dunk instead of just shuffling his feet and remaining in between his man and the basket. This then creates all sorts of chaos, even if we have players coming in to help, it then opens up the kick out like what the Jazz did to the Nuggets all too often in the first two quarters.

In short, he will be an absolute weapon from the bench, but until he provides more defensive stability and reliability, he’ll be getting most of his minutes from the bench. He might start here and there, but count on the phenom making a big difference outside of the starting five.

Do you think he’ll start? Let us know what you think and keep an eye on MPJ prop bets!