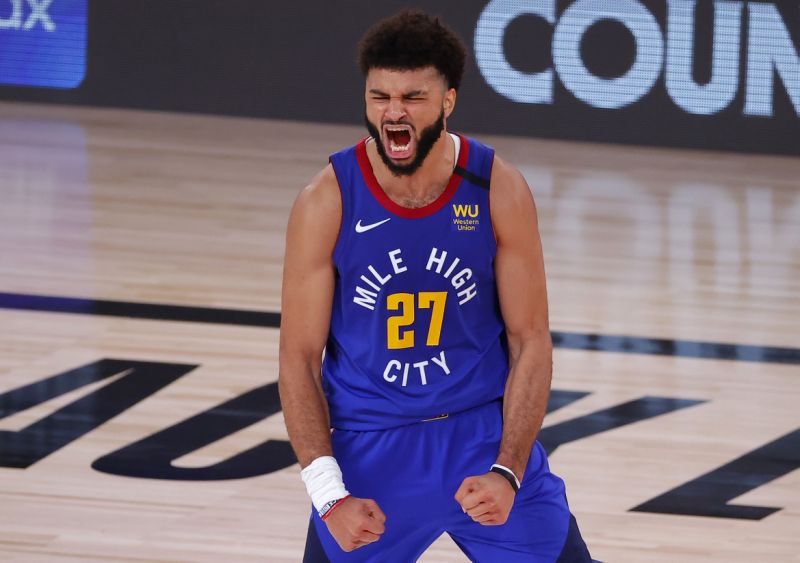 The Denver Nuggets season is still alive after the team managed to pick off the Utah Jazz 119-107 in Game 6.

The two will play for the right to advance to the next round of the playoffs Tuesday evening, and there is plenty of anticipation lurking in the minds of NBA fans everywhere for Game 7.

The storyline of the series has been Utah Jazz guard Donovan Mitchell versus Nuggets sharpshooter Jamal Murray. Both players have been sensational in the playoffs, willing their teams to multiple victories and etching their names in record books.

Murray has dropped 35+ points in four of the six playoff games the Nuggets have played, and he appears poised to keep it rolling in Game 7.

Murray became the first player since Michael Jordan in the 1993 NBA Finals to score 40+ points in three-straight games in the same playoff series.

Murray has talked at large about how he was disappointed with his playoff play last season and vowed to right the ship this year. He’s done that by serving as Denver’s de facto scorer and closer in the bubble.

While Nikola Jokic might be the Nugget’s most talented player, Murray has undoubtedly been the best player in the bubble, and his play is starting to affect the way Denver looks and feels on the floor.

In each game Denver has won this series, Murray has been the driving force on offense, especially late in games. Jokic has never had that “killer-instinct” mentality to pair with his elite talent, and that has hurt Denver in a clutch situation previously. Not having a “go-to” guy late in games makes things a bit dicey.

Murray has always had the swagger to close games, but his skill set had not always matched his mindset, until now.

Now with a few years in the league and a couple of playoff series under his belt, Murray is much more cable of shouldering the load for the Nuggets. He’s always had elite talent and a tenacious mindset, and now he has the ability to translate that into elite play.

Murray was emotional after the win because of the game and reasons bigger basketball.

‘I just want to win.” Murray uttered in exhaustion.

He was overcome with emotion on his way back to the locker room, and fell to the floor.

Jamal Murray left it all on the floor after dropping 50 points and forcing a Game 7. pic.twitter.com/8l5eYBa8dc

The entire sequence was powerful and anointed Murray as the leader of the Nuggets moving forward. His ability to lead the team both on and off the court is something the franchise has lacked for decades. Jokic is excellent, but without Murray, the Nuggets would have been bounced from the playoffs last week.

Murray is the life of the Nuggets right now, and they will go as far as he can take them.