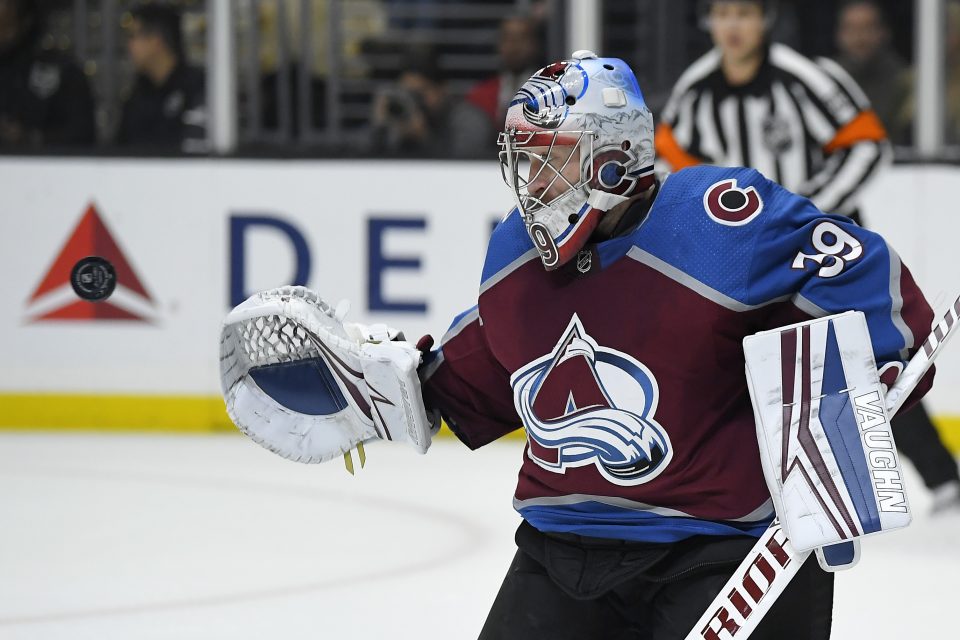 Game 1 of the second-round series between the Colorado Avalanche and the Dallas Stars did not go the way many Avalanche fans had hoped. Dallas came away with a 5-3 victory over Colorado, and the Avalanche lost a little more than Game 1 in the process.

Goalie Philip Grubauer went down in the 2nd period of the game in what looked like an awkward tweak to one of his legs when initiating a save. It is being designated as a non-contact injury.  The Avalanche had backup goaltender Pavel Francouz finish out the rest of the game in his absence, before pulling him with 3 minutes left to make up the 2-goal deficit.

Jared Bednar: “not expecting” to see Grubauer at practice tomorrow. Doesn’t know how long he’ll be out but says Grubauer tweak of previous injury is “bad news”

Unfortunately, the news does not appear to be good, head coach of the Avalanche, Jared Bednar was quoted “I don’t know how long” when asked about Grubauer’s status.

The Avalanche will now look to  Pavel Francouz as the indefinite starter for the remainder of the playoffs with Michael Hutchinson in tow as the backup.

Not the news we like to hear at Denver Sports Betting, but all things considered, the Avalanche are one of the few teams that have an impressive goaltender tandem in the NHL, and Francouz is a respectable player to have in net.

This year alone, Francouz has seen his fair share in starts due to Grubauer’s injury history throughout the season. Francouz played in 34 games for the Avalanche in the regular season, guiding the team to a 21-7-4  record while posting a .923 save percentage.

Don’t take our word for it, Kyle Keefe of Altitude TV seemed high on his abilities earlier this season as well.

Pavel Francouz has allowed only 8 goals in his last 6 games. Inside that, he’s earned 1 shutout, the #1 Star of the week, a new contract and partridge in a pear tree. @Avalanche have won 6 in a row (8 in a row on the road) and have the best road record in the NHL.
LETS GO!!!!

Pavel “Frankie” Francouz would like to remind everyone to relax. He’s got this one.

The loss of Grubauer, and potentially Erik Johnson, is sure to hurt the Avalanche and could shift some betting lines.

Frankie and the Avalanche will await puck drop for Game 2 against Dallas tomorrow, Aug 24th, at 7:45 pm MST.

Check back here for a preview of the action, and an update on any betting trends!