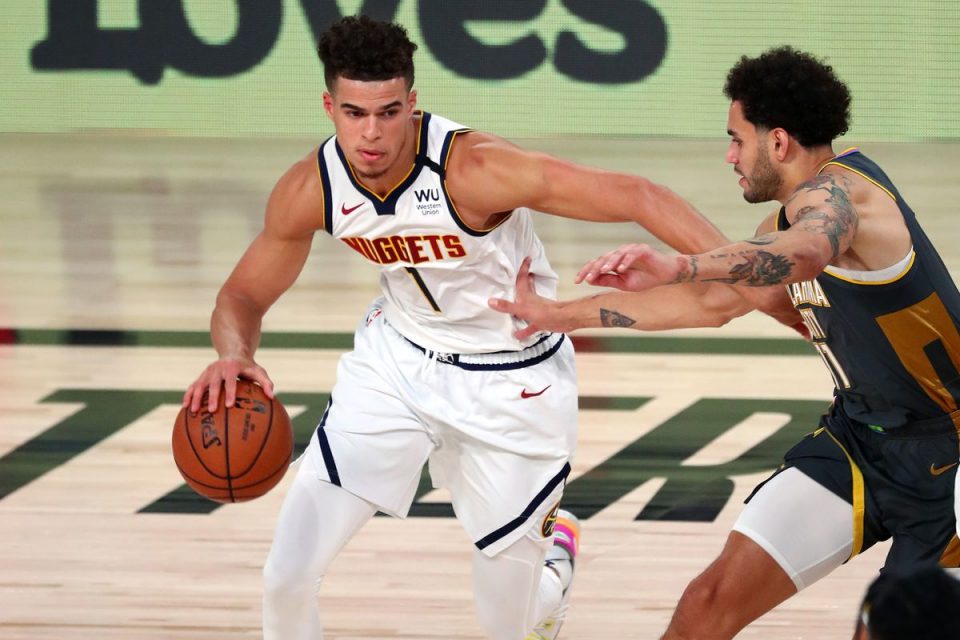 Denver Sports Betting is here to preview of the Denver Nuggets against the San Antonio Spurs as the Nuggets look for their second win in the bubble after a thrilling OT win against OKC earlier in the week.

Tipoff is at 2 p.m. MST at the ESPN Wide World of Sports Complex.

The Spurs have had two highly contested games since arriving in the bubble, a two-point win against the Memphis Grizzlies, and a two-point loss against the Philadelphia 76ers two days ago.

With the Nuggets picking up their first win against a solid OKC Thunder squad, albeit, in overtime, Denver should have momentum on their side going into the game.

The Nuggets are -156 on the Moneyline, with the spread set at Denver -3.5. 77% of public bets are funneling towards Denver ATS, and the over/under total has spiked to 227 after opening at 224.5. Despite the jump, nearly 80% of public money is coming in on the over.

In the only meeting between these two teams this season, Denver came out on top, winning by seven points back in February in a comprehensive win.

Regular season stats tell us that there are a few key areas that separate the two sides, with rebounding bringing out two different sides to the Nuggets. Denver averages about 10.8 offensive rebounds while the Spurs sit at 8.9. However, the Spurs defensive rebounding beats the Denver by 2 (33.4 to 35.5 per game). With the last game for Denver being very close, rebounding could be the decider here, along with a lingering need for better defense.

Let’s also not forget that Denver took its fan base to 7 games in the opening series of the playoffs last year, so this will be no walk in the park by any means.

Hopefully, Denver will have sharpshooter Jamal Murray back in the lineup, but if not, the Nuggets should look to their bench to step up in this one and hopefully come out with another win.

Can’t wait to bet on Nikola Jokic’ the Denver Nuggets! and thanks to Denver Sports Betting I know exactly which bets on want to take action on. I look forward to using these previews for all the other match-ups in the NBA.