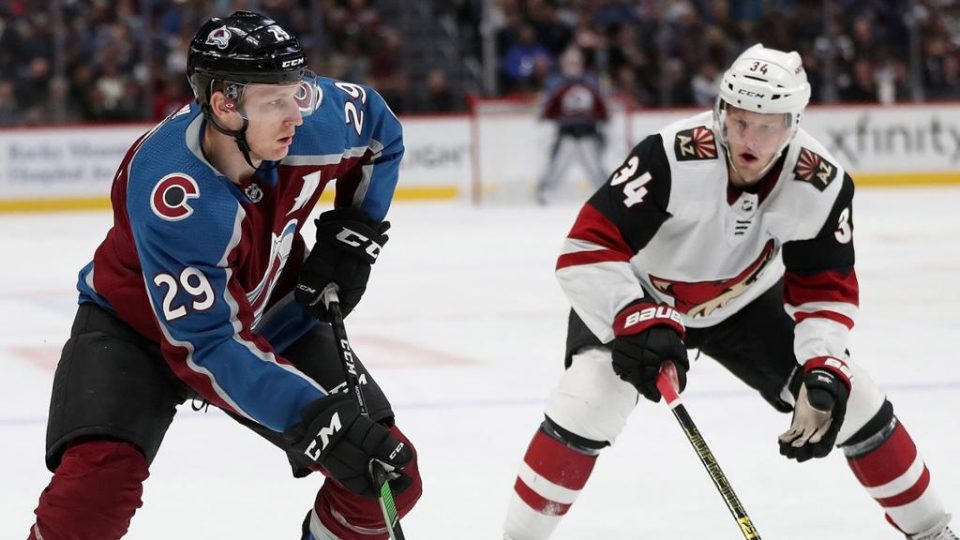 The stage is set for the Colorado Avalanche and the Arizona Coyotes in the first official round of the NHL playoffs, and this time it’s back to a best-of-seven series. The Avalanche and Coyotes have only met twice this year, with both teams winning a game apiece.

The Arizona Coyotes took care of business against the Nashville Predators in a best-of-five play-in series, besting them 3 games to 1. The yotes were the 11th seed against the 6th seed in Nashville. The story of this series was Arizona’s incredible goaltending, it was so good, in fact, that Nashville actually outshot the yotes in every game played in the series. The Coyotes scored 14 goals in the four games while surrendering 11.

The Colorado Avalanche ended up seeding as the #2 seed in the West after playing their three round-robin games. The Avalanche went 2-1 in the three games, beating St. Louis and Dallas before losing to Vegas in overtime. The Avs scored nine goals in the three games and surrendered 5.

What are the odds?

As of right now,  the Colorado Avalanche are the favorites in this series at -286, while the Arizona Coyotes are the dog at +235 per DraftKings Sportsbook. This actually makes the Colorado Avalanche the 2nd most favorite team to win via odds, only behind the Golden Knights (-315) vs The Blackhawks (+255). If you’re looking to take some action on how many games this series will go, here is a list of the series total games on the local DraftKings Sportsbook.

It looks like there is a lot of value there for the Avalanche to hit the Coyotes with the 4-game-sweep, especially with a team as good as The Colorado Avalanche are!

The Avalanche remain one of the top 3 favorites to win the cup +600, according to VegasInsider.com. The Coyotes, not so much, sitting at +3300.