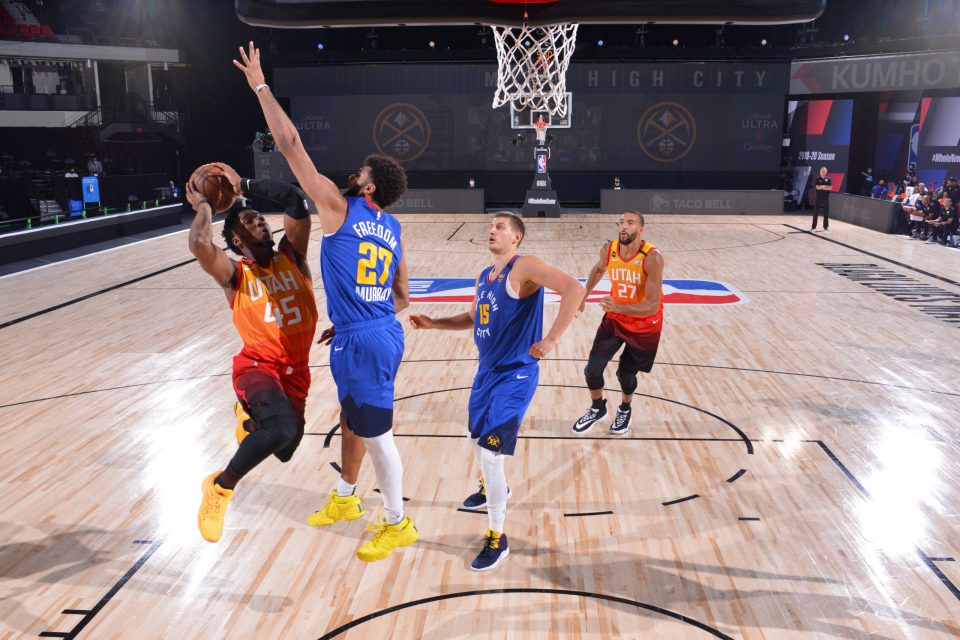 Denver Sports Betting is here to preview of the Utah Jazz against the Denver Nuggets as the Nuggets search to take game one of the NBA playoffs, after a disappointing end to seeding games.

Tipoff is at 11:30 a.m. MST at the ESPN Wide World of Sports Complex and will be nationally televised on ESPN.

The Utah Jazz – Denver Nuggets rivalry is lengthy, one whose story will soon be added to in what is sure to be a close round one of the 2020 NBA Playoffs. In the regular season, Denver took all three matchups ending the season against the Jazz 3-0; but that’s not saying much. A COMBINED 11 points decided all three games as these two teams struggle for the top spot in the Northwest Division.

Heading into Monday’s game, the Nuggets are -210 on the Moneyline while the Jazz are at +172. As of now, the majority of the bets are leaning towards the Nuggets, 69%, shifting public opinion, and the over/under to 215.5 from 217.5 on Saturday.

It should come as no surprise this matchup is sure to be a good one. Over the 2020 regular season, these two teams have averaged the EXACT same total points per game, at 111.3, and nearly identical field goal percentage, at 47.1% for the Jazz and 47.3% for the Nuggets. The last game alone will show you how closely matched these teams are this season, with Jamal Murray and Donovan Mitchell outdoing one another to bring the game to double overtime, with one incredible shot after another.

Some significant vital differences, however, are Utah’s 3pt percentage at 38%, compared to Denver’s 35.9% and Utah’s higher turnover rating at 14.6, per game, compared to Denver’s 13.1. This leads me to believe it will come down to Denver’s defense. Can the Nuggets get Mitchell and the rest of the Utah shooters off the line and capitalize on their turnovers and forced mistakes?

However, another huge factor to the Nugget’s possible success will be whether or not Will Barton and Gary Harris are healthy and ready to play. As of now, they are both listed as out. However, Mike Conley’s and his wife’s recent birth of his baby will render him out for a large portion of the series, while we wish them all the best and his boy the happiest of birthdays; hopefully, the Nuggets can capitalize on his absence. 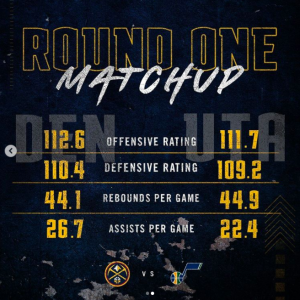 Overall this should be a fun and exciting round. Our round 1 Predictions are: