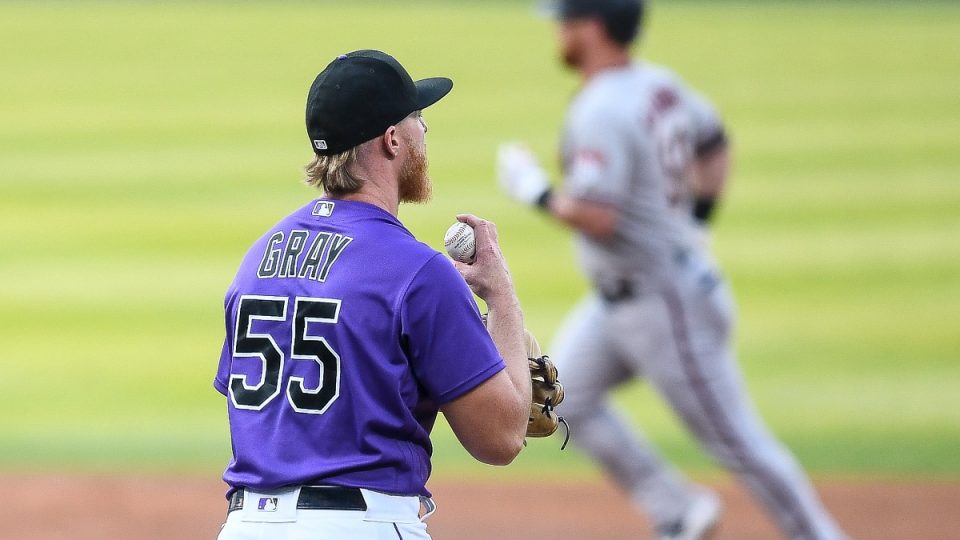 The Colorado Rockies are officially in a slump.

After posting a 12-4 record through the first couple weeks of the season, the Rockies have lost five of their last six games and are on the brink of being swept by the Texas Rangers.

The Rockies and Rangers will play the series finale today at 1:10 p.m. MST.

Texas has squeaked by the Rockies in each of the last two games, outscoring Colorado 9-6. The total has gone under in both games and is set at 12.5 for Sunday’s matchup.

The Rockies are the -136 favorite on the Moneyline with pitcher Jon Gray set to make the start.

Gray is 0-2 with a 6.41 earned run average this season. He will make his second start against the Rangers this season. Last time out, Gray allowed one run over 4 2/3 innings pitched in the Rockies’ opening series.

Gray has pitched well against the American League throughout his career, especially at home. The 28-year-old owns a perfect 4-0 record to pair with a 1.85 ERA over six starts against American League opponents at 20th and Blake.

Gray allowed eight runs off 11 hits in just 3 1/3 innings pitched his last time out against the Arizona Diamondbacks, a team he has historically struggled against.

Despite being on a four-game winning streak, the Rangers enter Sunday’s ballgame as the +121 underdog on the Moneyline. The public is backing Colorado, as 55% of bets are heading towards the home team on the Moneyline.

The Rangers have been a solid play over the last half-week, and pitcher Kolby Allard is tasked with keeping the momentum rolling.

Allard, 23, has yet to receive a decision this season but has allowed just one earned run over nine innings pitched.

There is no denying the Rockies have been a rut the last week or so, and Colorado needs to win in order to keep pace with the rest of the National League West.

The Rockies need a solid start from Gray to take a load off a taxed bullpen that is missing its best pitchers. The Rangers offense has been rather lackluster this season, and Gray will look to commute to keep their lineup in check.

That said, anything can happen at Coors Field, so it would be an added bonus if the Rockies’ lineup could run up the score a bit to pick up the pitchers.