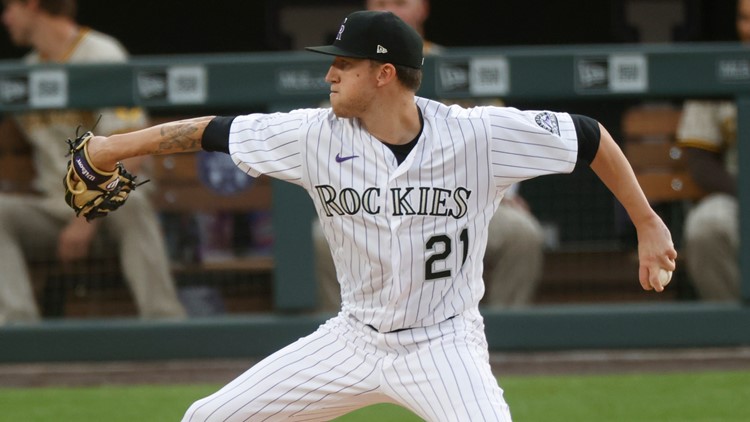 The Colorado Rockies (11-5) are set to square off against the Arizona Diamondbacks (7-10) in the second game of a three-game set at Coors Field.

First pitch is set for 6:40 pm MST at Coors Field.

Colorado fell to Arizona Monday night, 12-8,  as starting pitcher Jon Gray was shelled by the Diamondback’s offense. Arizona combined for 18 total hits, and while the Rockies managed to show some fight, it was not enough as the Diamondbacks ultimately emerged victoriously.

The Rockies will look to Colorado native Kyle Freeland to get the team back on track Tuesday night. Freeland is 2-0 with a 2.41 earned run average through three starts this season.

The 27-year-old has looked sharp on the mound this year, after struggling throughout all of 2019. Freeland spent time in the minor leagues last year, but so far, he appears to be pitching more like his 2017 and 2018 self, which has aided the Rockies early on.

Freeland has struggled against Arizona in his career, pitching to a 5.57 ERA in 12 starts. The southpaw has logged 63 innings pitched against the NL West rival, allowing 41 runs on 69 hits. Arizona’s offense was locked in against Freeland last season, generating 21 runs off of 29 hits over 20.1 innings pitched.

Of all the Rockies’ NL West foes, the Diamondbacks have hit Freeland the hardest, and it is not close if you look at the numbers.

Additionally, the Rockies have now dropped two straight games with their top two pitchers on the mound in Gray and German Marquez.

The big question is: will Freeland put a stop to the skid or struggle like Gray and Marquez before him?

He has looked better in 2020 compared to last season, but the sample size is small, and the numbers clearly show his struggles against Arizona.

The Diamondbacks will roll out pitcher Zac Gallen to oppose Freeland.

Arizona acquired Gallen before the 2019 season, and he is off to a solid start in 2020. The 25-year-old has yet to record a win this season, but has pitched to a 2.81 ERA and has registered 21 punchouts.

Gallen made two starts against Colorado last season, allowing three runs on 14 hits over 10 innings pitched. He did walk three batters, but for the most part, managed to keep the Rockies’ offense under control.

Arizona’s 12 runs Monday was good for their second-highest run total of the season in a single game.

The total for this game is set at 11, and 53% of public bets are funneling towards the over.

Both teams are -108 on the Moneyline, and the public is backing the Rockies with 68% of money heading towards Colorado.