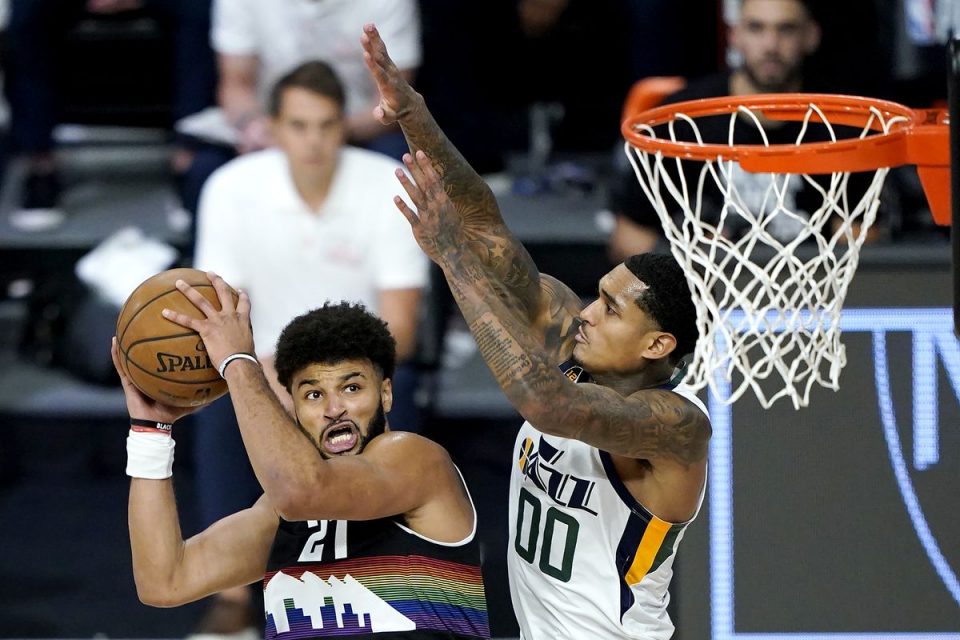 Denver Sports Betting is here to preview Game 2 between the Denver Nuggets and Utah Jazz in the first round of the NBA Western Conference Playoffs.

Tipoff is at 2 p.m. MST at the ESPN Wide World of Sports Complex and will be nationally televised on ESPN.

The Nuggets won Game 1, 135-125, thanks in part to a late-game takeover from sharpshooter Jamal Murray. Denver covered the spread, and the total (217.5) sailed over in regulation, although it was close until the very end, with overtime required to decide a winner.

The Nuggets are –4 point favorites against the spread Wednesday, with 63% of public bets heading in their direction.

Utah entered the fourth quarter of Game 1 with an 83-78 lead and had managed to keep Denver’s versatile offense in check for the most part. Denver battled, and Jamal Murray wound up taking over in the fourth and overtime, with 10 of his 36 points coming in the extra time.

While Denver ended up winning by 10 points, the game was tight for the first 48 minutes.

Utah’s Donovan Mitchell thrashed the Nuggets’ defense, posting 57 points to set a club record for most points in a playoff game; however, his heroics alone was not enough to elevate Utah to victory.

Rudy Gobert and Joe Ingles chipped in, but the Jazz clearly missed the presence of guard Mike Conley. The vet left the bubble earlier this week due to the birth of his son, and returned Tuesday. He will have to go through a four-day quarantine before he can return to the court, so he will not be in action for Game 2.

The total for Game 2 is once again set at 217.5. Both games between the squads within the bubble have gone over by a wide margin. While Denver’s offense has lagged at times in the bubble, they have managed to flip a switch when needed to score points.

Denver is the -164 favorite on the Moneyline, and given Conley’s absence, the Nuggets are the much deeper team in this matchup.

Remember, Denver controlled their own destiny when it came to playoff seeding. By losing their last two seeding games, Denver was able to solidify a series with Utah, so this is the exact position the team wanted to be in before the playoffs started.

The Jazz tested the Nuggets early in Game 1, but the Nuggets’ versatility proved to be too much for the Jazz in the long run. One has to wonder if Donovan Mitchell can single-handedly keep Utah within striking distance for a second consecutive game.