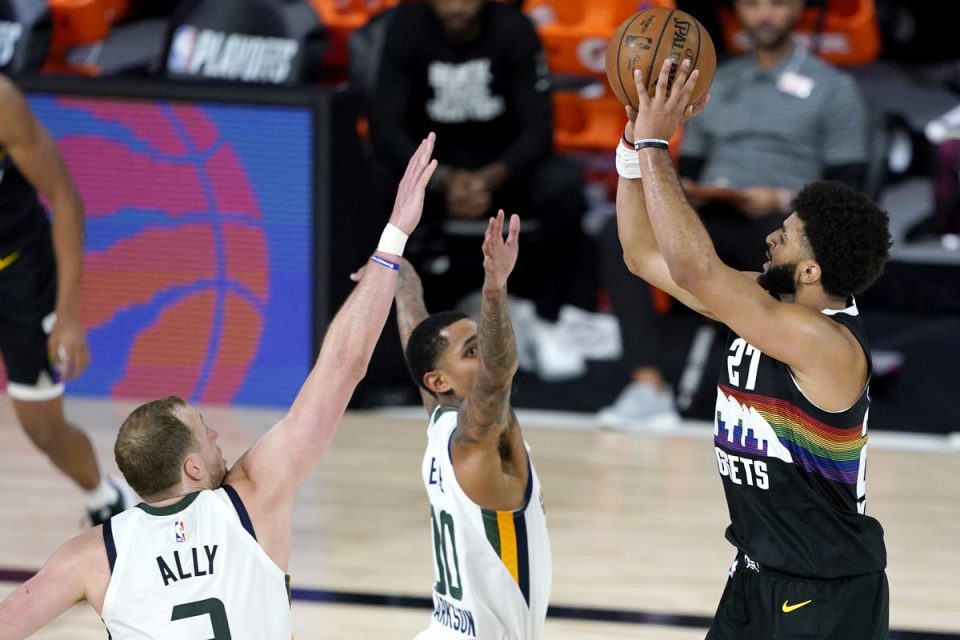 Denver Sports Betting is here to preview Game 3 between the Denver Nuggets and Utah Jazz in the first round of the NBA Western Conference Playoffs.

Tipoff is at 2 p.m. MST at the ESPN Wide World of Sports Complex and will be nationally televised on TNT.

The Nuggets had a tough pill to swallow for fans, players, and coaches alike, losing to the Utah Jazz by 19 points in Game 2 as the Jazz put on a three-point shooting clinic and the Nuggets defense looked abysmal. Like any other playoff round, though, there’s no time to dwell on the past, and the Nuggets will look to rebound and regain the series lead Friday afternoon.

The Nuggets are -1 point favorites against the spread after opening at -1.5. Although slim favorites, 65% of public bets are going towards Denver in what is sure to be a fierce matchup between two rivals.

Let’s not sugarcoat the last game: the Nuggets had a disasterclass (nightmare) defending against the Jazz shooters, as the game was only tight in the first quarter. After that, Utah’s shooters took off and never looked back, shooting an incredible 45.5% from 3-pt range. Utah was 51% from the field and ultimately never cooled off even after establishing a massive lead.

The scary part is Donovan Mitchell only scored 30 compared to his 57 in Game 1, showing that the Jazz have other scorers that the Nuggets must be aware of.

The total for Friday’s game is set at 218, which is a slight change from where it opened at 219. The only way I see the under is if the Nuggets can bring their defense to the bubble, which they have yet to really be able to demonstrate.

The total has gone OVER in every game the Nuggets have played inside the bubble.

Denver is the -115 favorite on the Moneyline; however, Mike Conley might return for this game, adding another element for Denver to overcome.

This is the closest we have seen this series get to even money both on the Moneyline and ATS. The Nuggets were 4.5 and 3.5 point favorites in Games 1 and 2. Denver’s weak defense paired with Utah’s precision beyond the arc has shaken things up from a betting perspective ahead of a critical Game 3 matchup.

The thing to watch will be if Denver can close down the 3-pt presence of Utah, which has proved a tough task in the previous two games. On a brighter note, Denver still looks to have depth on their side, and will surely bounce back with a bang to try and swing the series back in their favor.

Ultimately, the Nuggets know what they have to do to respond, and I’d look for them to do just that in Game 3 of this first-round matchup.