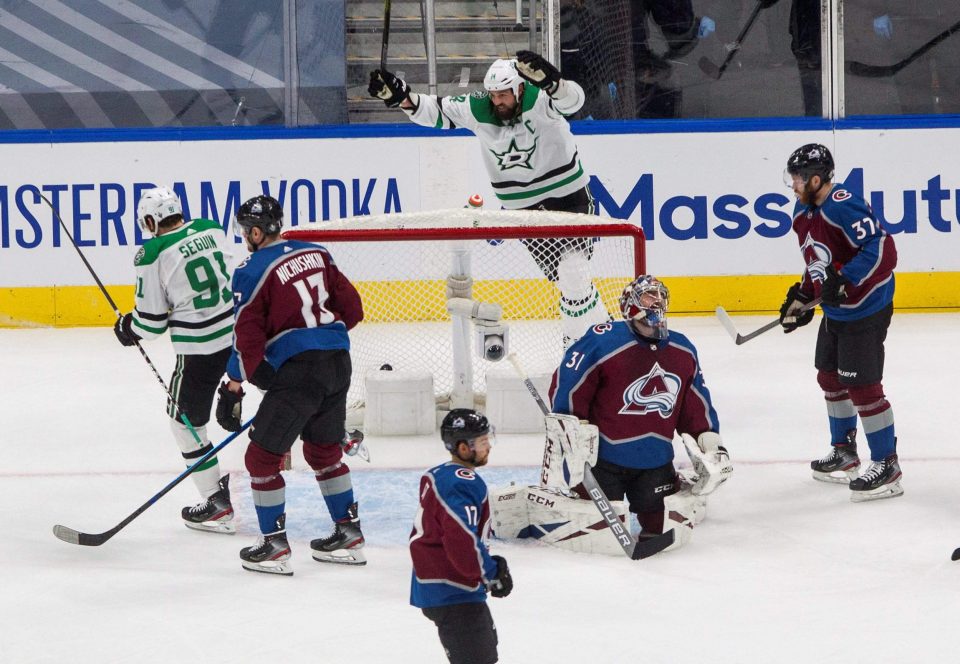 The Colorado Avalanche Need to Bounce Back

Things are not like they seem in 2020. Especially when you talk about round 2 of the NHL playoffs for the Colorado Avalanche. The Avalanche find themselves down 2 games to the Dallas Stars in this best-of-7 series.

So far in the two games in the series, the Dallas Stars have scored 10 goals to Colorado’s 5. More impressive than that, Dallas has out-checked the Avalanche by a large margin. We at Denver Sports Betting predicted a physical series between these two teams in our series breakdown last Saturday, and so far, Dallas is bringing the heat.

In game 2 alone, The Dallas Stars had 60 hits and 21 blocked shots. For contrast, the Colorado Avalanche had 29 hits and 4 blocked shots. It’s simple, the Stars are willing themselves to victories over the Avalanche with effort hockey right now.

The Avalanche came into this series as favorites. BetRivers Sportsbook had the Avalanche at -225 odds to win the series as opposed to the Stars at +185. The updated lines have Dallas at -305 and Colorado at +240.

The public still holds the faith for the Avalanche, an insane 71% of the public bets are going to the Avalanche while the remaining 29% fall on the Stars according to Action Network.

Still time to turn things around.

What we are learning from the public bets, and lines set by sportsbooks is there is an overall belief that the Avalanche are still capable of winning any given night against this Stars team.

The biggest problem for the Avalanche isn’t the injuries to Matt Calvert, Philipp Gruabuer, and Erik Johnson; the biggest issue is their inability to get secondary scoring for anyone on their team not named MacKinnon, Rantanen, or Makar.

Bednar asked about the lack of depth scoring through the first two games. #Avs

If the Avalanche find a way to get scoring from the other lines, things can go their way for game 3. This is a huge game for the Avalanche, expect some big hits and tons of physical play by both sides.