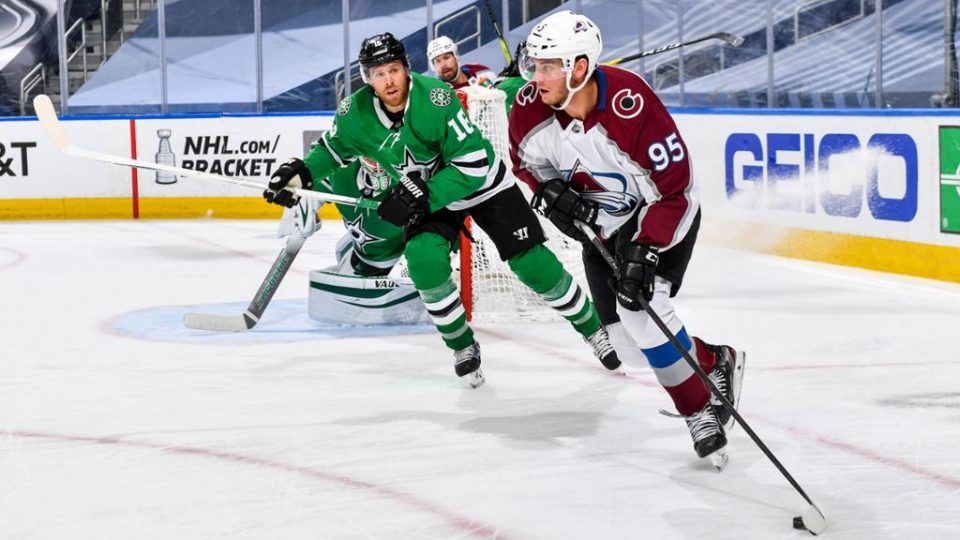 The Avalanche Look to even up the series

It is no secret that the Colorado Avalanche are Stanley Cup hopefuls this year. They are a franchise that has ascended rapidly into the category of elite teams in the NHL over the last two years. The future remains bright as ever, but in the present, a challenge remains right in front of their faces. The Dallas Stars have been a thorn in the Avalanche’s side during the course of this 2019-2020 NHL season.

The Avalanche went 0-4 against Dallas this year during the regular season and dropped Game 1 of the series losing 5-3 to the Stars back on Saturday night.

Where did the Avalanche fall short in Game 1?

The Avalanche were a team that scored seven goals in back-to-back victories against the Arizona Coyotes leading up to Game 1 of this series. They looked to be nearly unstoppable, and BetRivers.com had the Avalanche favored at -177 going into Game 1, regrettably, that was far from the case.

A myriad of bad turnovers, bad defensive positioning, and sloppy plays led to the ultimate demise of the Avalanche in Game 1. The goaltending wasn’t stellar either, and to add insult to injury, the Avalanche lost starting goaltender Philipp Grubauer to an apparent leg injury.

The shots on goal were split in Game 1, Dallas with 30 and Colorado with 31.

The Colorado Avalanche are 1-5 against the Stars this year, but that still doesn’t scare the betting lines away from this team. Per BetRivers Sportsbook, the Avalanche remain favorites going into Game 2 once again sitting at -155, and Dallas at +128 on the Moneyline.

The public money isn’t scared either. Action Network has 58% of the public bets going on the Avalanche compared to 42% for the Stars. Coming off a game that had 8 goals total, the over/under is set at 5.5 goals for tonight’s game.

So why are the Avalanche still favored against a team that has had their number this year?

There could be many different things the influence where the money is going for the lines to be set accordingly. Still, the most significant factor is the overall talent the Avalanche possess.

Sports can be that simple. Usually, the most talented team wins, and the Avalanche have that in droves. The loss that transpired for the Avalanche in Game 1 had a lot to do with bad mental mistakes and low energy play by the team, which is something bettors can’t rely on when taking action on Dallas in the future.

The big injury news for this matchup is the Avalanche without their starting goaltender Philipp Grubauer. Backup netminder Pavel Francouz will be the starter from now on for the club. The Avalanche will most likely also be down a defensive skater in Erik Johnson (doubtful).

Puck drop is 7:45 tonight MT. Good luck with your bets, and as always go Avs go.

Grubauer out, Avalanche to move forward without starting goaltender