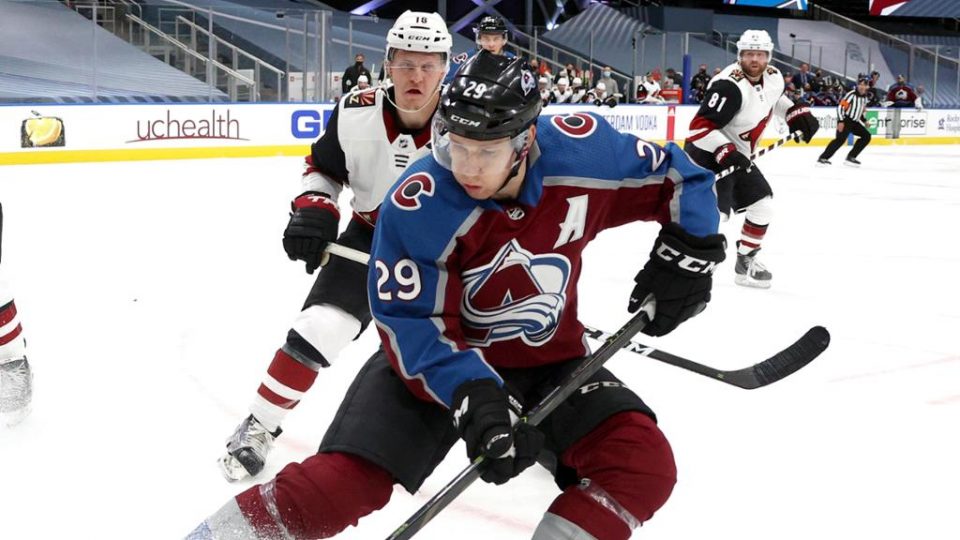 The Colorado Avalanche look to eliminate the Coyotes in Game 5

Reality has finally set in for the scrappy Arizona Coyotes in this series, as their tactics of holding on to dear life have finally been broken through by the Avalanche.

It came in the form of a crushing 7-1 defeat at the hands of the Avalanche team in Game 4.

Denver Sports Betting takes a look into the Game 5 matchup between these clubs.

The Avalanche now have a firm grip on this series being up 3 games to 1. Puck drop for Game 5 will be at 3:30 pm MST today in the NHL hub city of Edmonton.

After coming off a loss in Game 3 that had the Colorado Avalanche seeing 51 shots on goal and the majority of puck possession, the Avalanche entered Game 5 with an intense focus on besting Coyotes goaltender Darcy Kuemper. It’s safe to say they did just that, as seven goals later and the Avalanche are in prime position to eliminate the Coyotes.

The Avalanche had six different goal scorers in Game 4, showcasing their depth and versatility as a team. Nazim Kadri had 2 goals and has 9 points since playing in the bubble and has made a significant impact for the Avalanche in these young playoffs.

Arizona can’t sit back and let the Avalanche constantly hammer the net. Still, when they try and attack and take the game to the Avalanche, they also leave themselves badly exposed to a speedy fast-break team like the Avalanche.

The Colorado Avalanche, per BetRivers.com, are -230 on the Moneyline today, which is relatively predictable given their dominance most of this series.

On the flip side, the Arizona Coyotes are sitting at +185. The public really likes the Avalanche to close this one out, Action Network has 84% of the bets going to Colorado today and a meager 16% on Arizona.

Interestingly enough, the Puck Line for the Colorado Avalanche is only sitting at -1, and +1 for Arizona. So far in this series, the Avalanche have scored 15 goals to the Coyotes 7. The Over/Under is set at 5 goals today, with the over hitting last two games.

On BetRivers.com, the Avalanche are at +117 to score first and win the game. Given how the Avalanche have come out and attacked in the 1st period the last two games, this could be a fun prop bet to look into.

Inversely you could also look into the Avalanche to win after being a goal or more behind at +480, which has some great value. Looking beyond just the Moneyline and Puck Line, opens up a whole new realm of possibility for sports betting fun!

Good luck on your bets today, and as always, go Avs go!