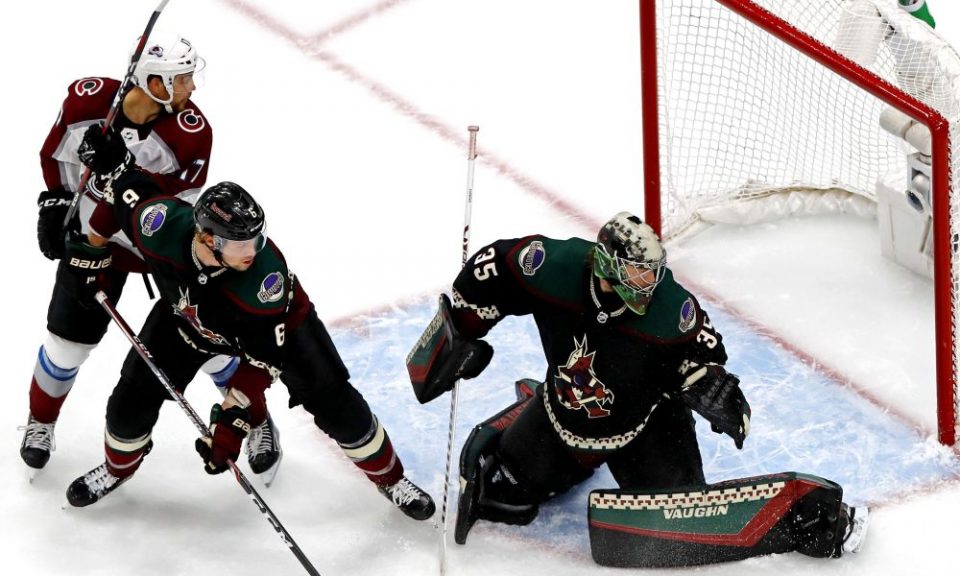 The series between the Colorado Avalanche and the Arizona Coyotes is heating up as the Coyotes came away with a win this past Saturday defeating the Avalanche 4-2. Puck drop for game 4 is at 3:30 p.m. MT today.

The trend keeps persistent for the Coyotes as their starting goaltender Darcy Kuemper has been one of, if not the, best players on the ice for these first three games. The Colorado Avalanche were frustrated in a match that had them seeing 51 shots on goal to Arizona’s 23. The visuals of the game were equally as frustrating for the local Avalanche fans, as they looked by far the more dominant team for the majority of the game controlling the puck and getting tons of shots on net.

Both Cale Makar and Nathan MacKinnon had 7 SOG a piece in the matchup. Arizona’s Taylor Hall, Lawson Crouse, Brad Richardson, and Derek Stephan all netted goals in game 3.

Even after the win on Saturday, the pre-game money-lines remain around the same range they have all series.

A couple of possible reasons for this:

The public isn’t worried about the outcome of game 3, as Action Network has 71% of the public taking the Avalanche money line as opposed to the 29% on the Coyotes.

A noteworthy trend is the Avalanche’s ability to get shots on the net, if those shots start finding their way in the back of it, game 4 could have a different feel to it then the prior 3 matchups between these teams.