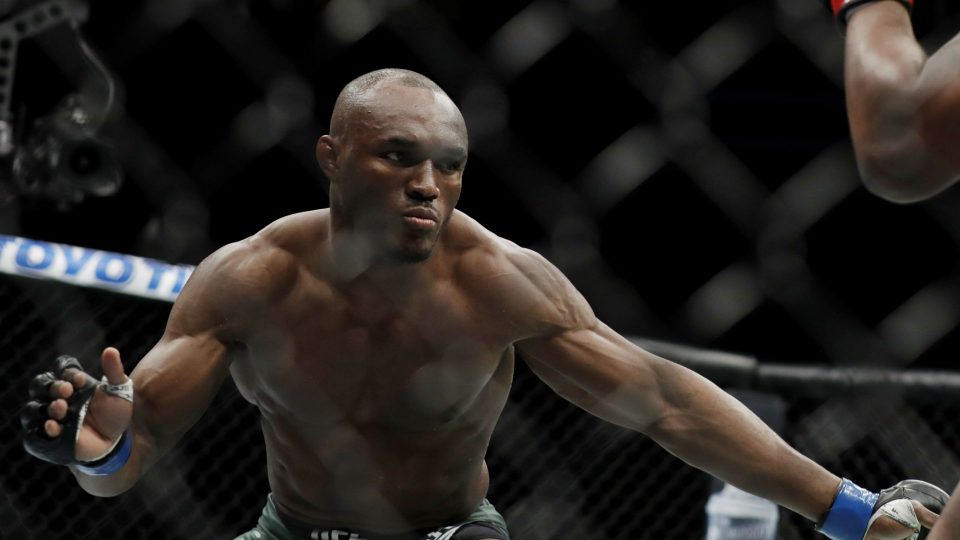 Taking a look into the next UFC event, which will be UFC 251 on Saturday, and you will be more than happy to see the lineups they have. First, the main event headlining has had a quick change with Jorge Masvidal joining on short notice.

Now it presents the matchup of Kamaru Usman and Masvidal. The co-main event will feature Alexander Volkanovski and Max Holloway. You can catch these fights on Saturday at UFC’s Fight Island.

Kamaru “The Nigerian Nightmare” Usman (16-1-0) is the current face of the welterweight division due to him being the champion. He has an impressive 15-fight win streak, and, on top of that, he has six wins by knockout, eight by decision, and one by submission.

He shows great accuracy, as well as a great balance between significant strikes landed and absorbed. Usman has a perfect takedown defense at 100 percent and a better than average significant strike defense at 60 percent. He also has been able to average 3.44 takedowns and 0.16 submissions every 15 minutes.

Jorge “Gamebred” Masvidal (35-13-0) is the third-ranked fighter in the welterweight division and is stepping in at a moment’s notice for this one. Looking into his resume, you will see a ton of wins, with 15 by knockout, 17 decisions, and two submissions to round it out.

Masvidal has a very solid takedown defense sitting at 78 percent and has a significant strike defense at 67 percent. He has also been able to deliver 1.16 takedowns and 0.51 submissions every 15 minutes.

The average odds so far has been the following:

I believe this fight will be an all-out striking match. In the end, I believe Usman will be able to hold his own and come away with the victory.

Alexander “The Great” Volkanovski (21-1-0) has been on a tear and looks like he won’t be stopped. He is currently your featherweight champ with a staggering 18-fight winning streak. His fighting resume shows off his 11 wins by knockout, six by decision, and three by submission.

Volkanovski has a very solid takedown defense at 73 percent and has a decent significant strike defense at 60 percent. He has also been able to average 2.16 takedowns and 0.40 submissions every 15 minutes.

Max “Blessed” Holloway (21-5-0) is currently the top-ranked fighter behind Volkanovski in the featherweight division. His resume shows that he has 10 wins by knockout, nine by decision, and two by submission.

Holloway’s takedown defense is at 85 percent and has a significant strike defense at 62 percent. He has also managed 0.24 takedowns and 0.39 submissions every 15 minutes.

The average odds have been placed at:

Back in December of 2019, Volkanovski was able to win via decision over Holloway. Based upon that fight, I believe history will repeat itself, and Volkanovski wins this one again.

Make sure to come back to Denver Sports Betting for all your UFC news, as well as coverage of all of your favorite Denver-based teams. We’ll also keep you up to date on the latest in Colorado sports betting.

Jorge Masvidal plans to bet big on himself at UFC 251

I haven’t been this excited for a UFC pay per view in a long time. With sports betting legal in Denver, Colorado, any big sports event has us pumped. UFC has put together a great line up and now I just have to decide what sportsbook to use.