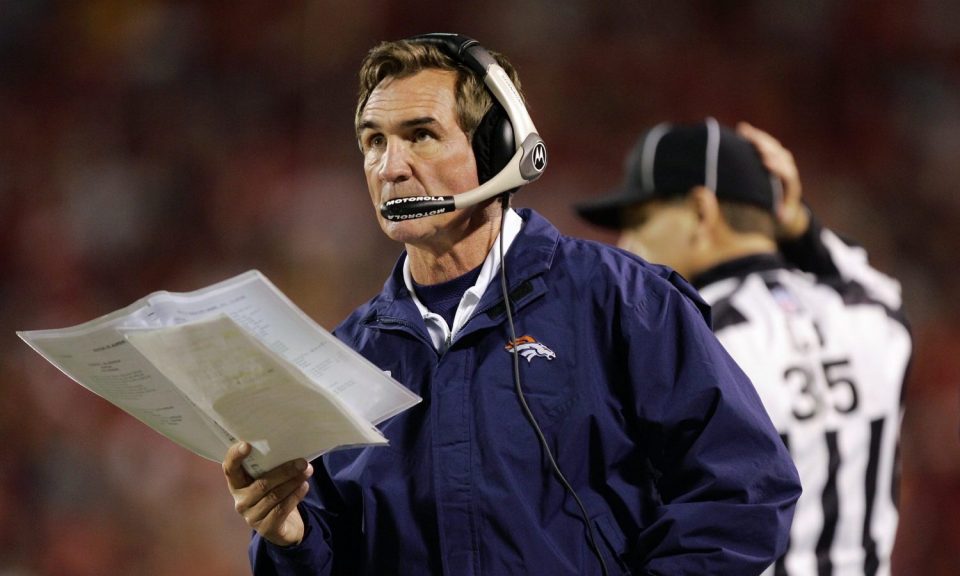 The Denver Broncos will induct former head coach Mike Shanahan into their Ring of Fame, the team announced Tuesday.

Shanahan will become the 34th memeber of the Denver Broncos Ring of Fame, joining fellow coaches Dan Reeves (2014) and Red Miller (2017). The ceremony is set to take place some time during the 2021 season.

The Broncos’ all-time leader in regular-season wins (138) and postseason victories (8), Shanahan was Denver’s head coach from 1995-2008 after previously serving as an assistant coach with the team in two separate stints (1984-87, ’89-91). He led the Broncos to back-to-back Super Bowl wins (XXXII & XXXIII), three conference championship games, seven postseason appearances and nine winning seasons during his 14 seasons as head coach.

At the time of his departure from Denver following the 2008 season, Shanahan’s 146 total wins with the Broncos marked the 10th most by a head coach with one team in NFL history. That total now ranks 12th all-time, with Shanahan, Bill Belichick (N.E.) and Jeff Fisher (Hou./Ten.) the only representatives on that list not enshrined in the Pro Football Hall of Fame.

One of two individuals to coach at least 20 years for the Broncos, Shanahan also served as the team’s wide receivers coach (1984), offensive coordinator (1985-87, ‘91) and quarterbacks coach (1989-90). He was a part of 221 total wins (the most for one coach in team history) with Denver as the club also advanced to three Super Bowls (XXI, XXII & XXIV) with Shanahan on staff as an assistant.

Including his tenure leading the Los Angeles Raiders from 1988-89 and the Washington Redskins from 2010-13, Shanahan finished his 20-year head coaching career with a record of 170-138 (.552). His 178 total victories (170 reg season + 8 postseason) are tied for 14th in pro football history, and he owns the distinction of being one of just seven modern-era head coaches to win at least 175 games and capture multiple Super Bowl titles (the four eligible coaches with that distinction are in the Pro Football Hall of Fame).