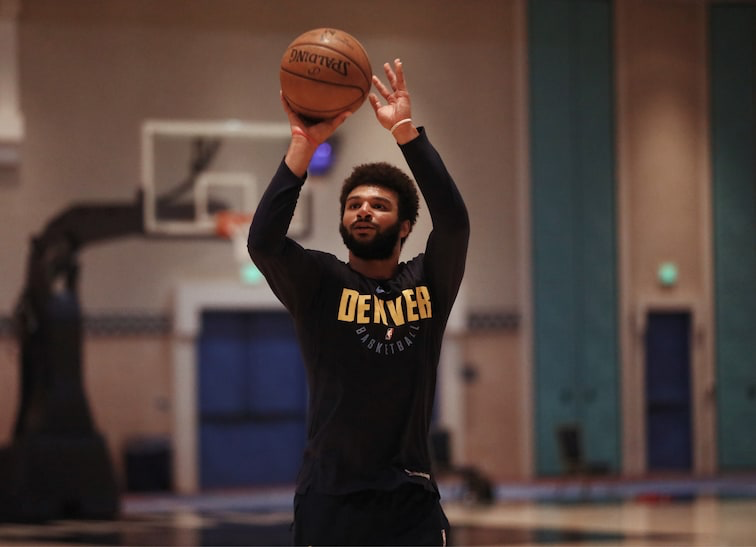 The Denver Nuggets have the 7th highest odds to win the NBA Finals, according to FiveThirtyEight. However, with the X factors we will discuss, maybe those chances can increase.

Ivan’s X-factor: Gary Harris I’ve said this before and I’ll say it again – when Gary Harris is at his best, he is an elite defender and a reliable contributor to the offense. He ranked eighth in the league in defensive real plus-minus (+.96) and has been a huge part of why the Nuggets defense has made such great strides these past two seasons. If Harris can return to form both offensively and defensively, I think that 1% chance becomes a fair bit higher, maybe more in the 7-10% range (where the Celtics and Rockets sit), or even higher, and we make a deeper run in the playoffs this season.

Paul Millsap has time and time again shown that his leadership on this team is a key factor in what makes the team great. In Millsap’s first year the Nuggets were one game away from making it to the playoffs and since then the Nuggets have made it every year. The last time they made it to the playoffs before that was with Andre Iguodala, who had a similar effect on our team. Both Millsap and Iguodala bring an influence that Denver has been lacking on this team for decades, a consistent, go-to player.

Millsap himself brings scoring, rebounding, and defense to a team that has a tendency to be streaky. Millsap’s health and mental wellbeing in this playoff run will be key to beating any team that the Nuggets come face to face with. In the future, Jokic and Murray can take over this role as the leader, but as of now, Jokic often times lets his emotions get the best of him, and Murray can prove to lose confidence fast, thus, if Malone and his boys want to have a chance at going far in this year’s playoffs, he must look to Millsap to lead the team there.

Michael Porter Jr. has the potential to end up as the biggest steal of the 2018 Draft. When given the chance, he’s been valuable on the offensive end, but we saw inconsistent playing time after the All-Star break due to an ankle injury.

That being said, he says he’s been healthy during the COVID-break, so hopefully, he was able to get himself more up to speed on Malone’s defensive scheme, an area where he has shown blind spots. I think the coming seeding games will show us how much trust Malone has in MPJ. Either way, it’s hard to think there won’t be scenarios where MPJ’s 6 ft. 10 in. frame won’t come in handy. Look out for the Nuggets to use Porter to create mismatches at the small forward, power forward, and shooting guard positions. His versatility and athleticism set him up to be a problem for a lot of teams as the NBA continues. Hopefully, his injuries have been put aside, because when at his best, he is a proper player and a real problem for opposing teams.

Remember when MPJ went off in his first-ever NBA start? #MPJDay #MileHighBasketball

The MLS Cup is underway, and the Colorado Rapids remain a dark horse

Should one of these X-factors surface when the NBA resumes in Orlando, I think the Denver Nuggets can have a good shot at a deep playoff run! I can’t wait for the Nuggets to return!