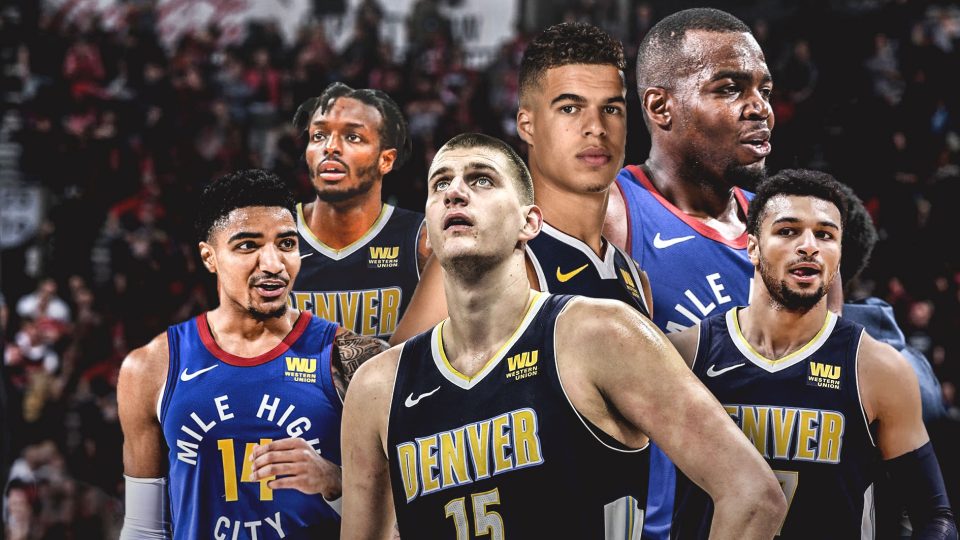 The NBA looks to be making its way back. The date as of now is July 31st, and while the Nuggets are in a decent position as a 3 seed, we’d all love to see a deep run into the playoffs. Here’s what we think needs to happen:

1. Gary Harris To Rediscover His Form

Gary Harris last year was one of our biggest assets. His defense was certainly up there in a highly regarded status, and along with this, he could shoot the ball at will which helped our free-flowing offense. This year, however, is a different story. Gary Harris, while not completely falling off a cliff, has let his game slip. I couldn’t pin it if I tried, but he’s surely dropped off a bit both in offensive and defensive efficiency. Averaging 2 fewer points per game with 3 more minutes than last year per game shows his offense isn’t what it was last year, and defensively he’s not that lockdown man he was. For us to progress further in this year’s playoffs, we are going to need Harris firing on all cylinders so that we have another threat and avoid double teams that hinder our offensive flow. In addition, he’s going to be guarding some seriously talented players, and we need to be able to hold them to minimal impact on the court to prevent huge scoring games.

The Denver Nuggets are a foul-prone team. Jokic seems to be consistently at risk of fouling out. While Plumlee and Millsap do a phenomenal job at picking up the slack when Jokic is in foul trouble, I believe it has been the reason why we have lost games or let it be closer than it should. If we want to be certain we compete with teams like the Lakers, Bucks, or even the Jazz in a 7 game series, we need to be sure that if a big man is fouled out, injured, or ejected, we have another productive presence that can take their place. Before that current hiatus, I was optimistic that Vonleh (who we picked up in the Beasley- Hernangomez trade) could fill this role. However, after seeing him play I’m not so sure. Not to mention that his time to integrate into the team before the playoffs has been cut by a substantial margin. This leaves us anxious and searching for another player who can fill this role that we believe to be integral to a playoff run.

Enter Demarcus Cousins. I know, but hear me out. The Lakers waived him before the hiatus to pick up Markieff Morris. Up until that point he was signed under a 1 year $3.5 million contract, which, despite his injuries, is a steal for a 4-time all-star. So if he is so injury prone and hasn’t played with the team, why would he be different from Vonleh? For starters, he was an amazing player and all-star who could integrate faster than Vonleh could, mostly because Coach Malone was his coach for years and reportedly was one of the only coaches that truly connected with the center. Read here for more on their unique connection.

This move would have a lot of positives: 1. We would get another big, potentially productive player. 2. We would steal him away from the Lakers who, should they pick him back up, would then have Howard, McGee, Davis, and Cousins (which simply cannot be allowed to happen). 3. It could potentially foster a lasting relationship between him and the team. With Millsap potentially leaving, we will need a big man even more come next year.

Now there are obvious concerns: 1. He may not get better before the playoffs. 2. Like last year with Golden State, he could get injured again in the middle of the playoffs or simply not contribute much. But if there is a time to try a maneuver like this, when else is better than now? This could truly be the missing piece that could let us climb the ladder of chaos that has been this season.

As a team, the Nuggets overall play pretty decent defense. Their defensive rating ranks 12th in the league, but are only behind the 8th team, the Nets, by 0.6. They are in the top 10 in the league in steals, opponent 3 point %, opponent points off turnovers, and opponent points off of fast breaks. They hang in the middle of the pack for opponent field goal % and opponent turnovers. Where they really suffer is in defensive rebounding, where they rank 21st. To put that in perspective, the Nuggets rank barely above the Cavaliers and the Hawks and are worse than the Knicks.

That’s right, the Denver Nuggets have been a worse defensive rebounding team than the New York Knicks this season.

Are you getting the picture?

These were all winnable games against very winnable teams, and if the Nuggets were able to grab a handful more boards perhaps they would be a higher seed going into the return of the league. This is a way the Nuggets can be very vulnerable against weaker teams, who they will inevitably face as the NBA continues. For the Nuggets to make a run, they gotta clean it up on the glass.

I have full faith that Garry Harris can re-discover his form and be a defensive monster on the perimeter again. With the newly slimed down Nikola Jokic, and some good defensive rebounding I’m liking the Denver Nuggets chance to go far in the NBA playoffs down in Orlando. My money for sports betting is on Jokic and the Nuggets.