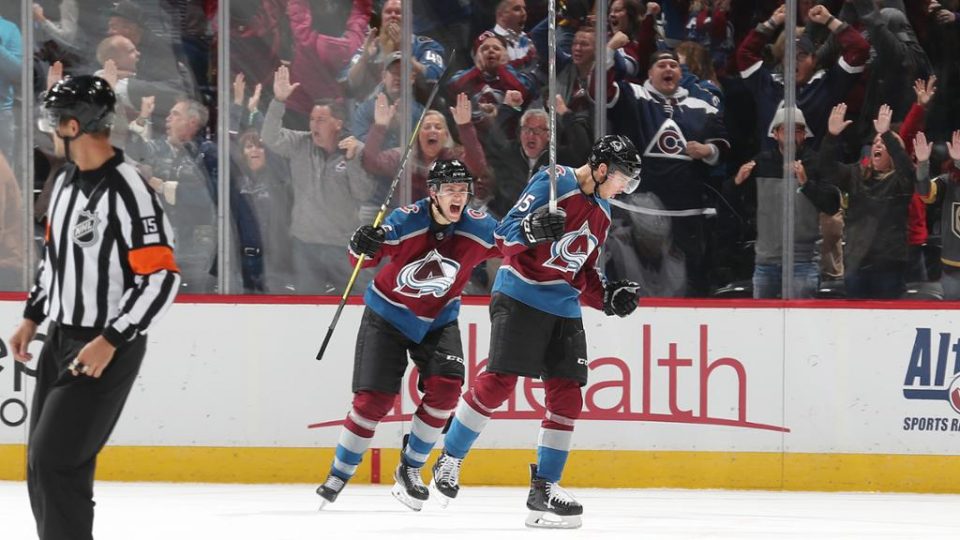 The NHL is chugging along with its multi-step return-to-play plan despite some positive  COVID-19 tests. The NHL is in what they call phase-2 for the reopening of the season, and plan to move into phase-3, which is the start of training camp.

Although there have been some outbreaks at individual team facilities during the volunteer skates and workouts, the NHL is confident that they will be able to move into training camps and then kick off the 24 team playoff format sometime in late July.

Right now, the 24 team playoffs look a little something like this. (courtesy of Sportsnet.ca) 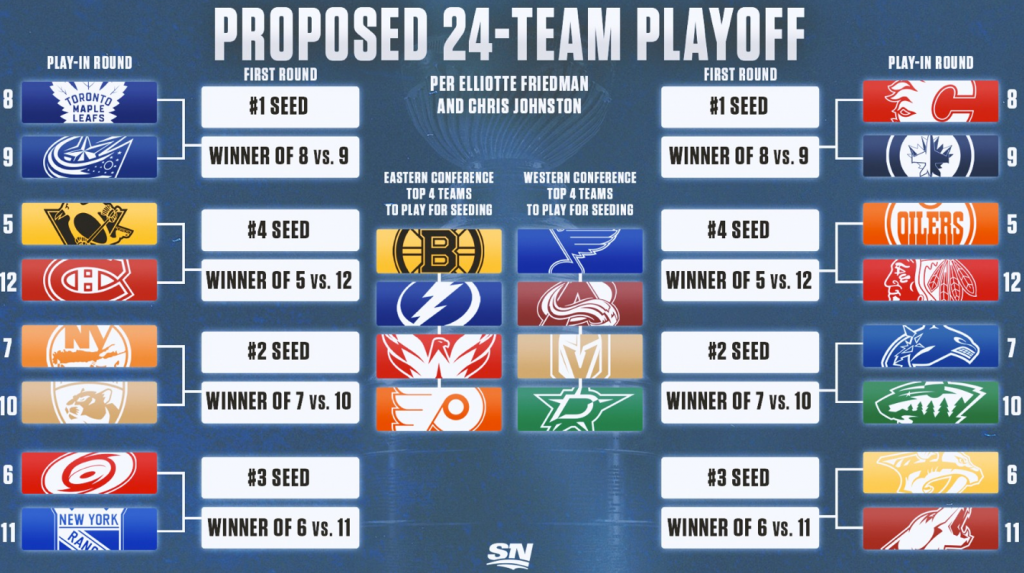 It’s a little confusing, so let’s walk through it together. The top four teams from each conference will play each other in a round-robin to determine seeding. Meanwhile, the seeded knockout teams will then play a best of 5 series to see who advances. As it stands, the second round and Stanley Cup Finals will then transition into best of 7 series.

Do note things are changing every day, and the NHL has yet to secure the hub cities to resume play.

Now that there is a plan in place, it’s time to take a look at which teams are the betting favorites to win the COVID-19 Stanley Cup.

Here are four teams that have a good chance to win it all.

I really like the Bostin Bruins as the top favorite to win it all. No surprise here, they were on an absolute roll this year with the most points in the NHL at 100, and the best +/- goal differential at +53. They were also in the finals last year and look to come out on top this year.

The Capitals are a team that I wouldn’t want to face in the playoffs. This is a pick more based on the roster than stats. The veteran roster with experience of already winning a cup with one of the best in the game (Ovechkin) is a recipe for success. Plus, they were one of the best teams on the road this year, and that will transition perfectly into games without fans.

Another team that really shouldn’t come as a surprise. The defending cup champs entered into this year looking like one of the leagues best again. They finished 1st in the West with 94 points, and before the league shut down, they were also 8-2 in their last 10 games

The Colorado Avalanche were a team that was absolutely decimated by injury before the league suspended operations 100 days ago. For a period of time, their captain was out along with their starting goaltender and five other forwards and three defensive skaters. They still went 7-2-1 in their last 10. They even had the best +/- in the West at +46. They still had the most goals for in the West at 237. They still had a Calder Trophy (Rookie of the year) candidate in Cale Makar. They even had a runner for the MVP (Hart Trophy) in Nathan MacKinnon playing his best hockey yet. They still had the best away record with 24 road wins that will transition perfectly into the fan-less neutral site hockey games. Look out folks because…..here….come….the Avalanche!

I love the odds for Colorado Avalanche at +800. I’m just happy that the NHL is back with sports betting being legal in Denver Colorado. So many sportsbooks, which one should I use?

Loving the information .. haven’t followed hockey as much as the other sports so i’ll be definitely using this guide to make my bets here soon !! I put the avalanche in a parlay with the Broncos winning their division for potential major cash !