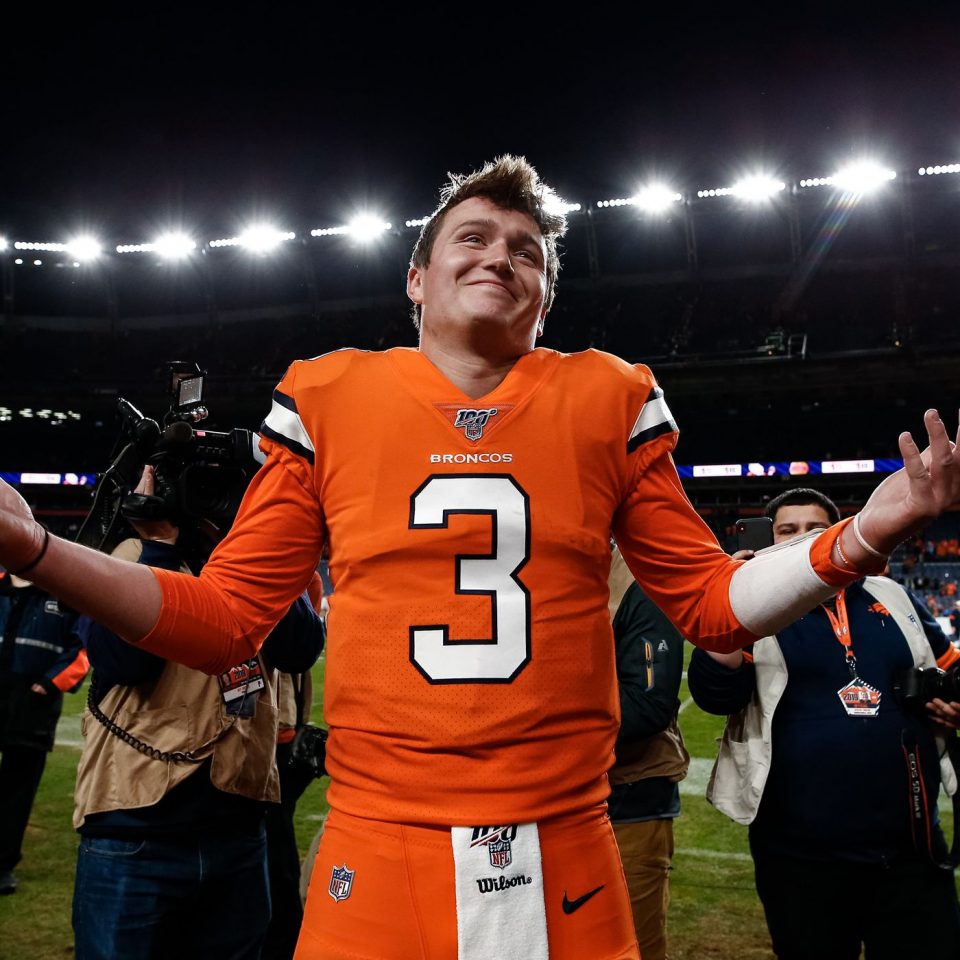 Since 2010, there has been 9 quarterbacks that have won MVP with the immaculate 2012 Adrian Peterson the lone non-QB to win. Over the course of the last 2 seasons, both Lamar Jackson and Patrick Mahomes were 2nd year quarterbacks to take the MVP home. Many could also argue Carson Wentz would have made it the last 3 years in-a-row had he not gone down with a torn ACL towards the end of the 2017 season.

These stats might sound familiar to some. Colin Cowherd came out on May 13th on Fox Sports Radio and proclaimed these same sentiments about who he was predicting to win MVP this upcoming season. Colin then came out again on June 9th and doubled down on the upcoming MVP race and proclaimed Drew Lock as “the next pop guy in the NFL” and “a dark horse for MVP”.

It’s hard to argue with Colin’s logic on the possible emergence of Drew Lock in his 2nd year in the NFL. The logic makes so much sense that you could assume Lock would move high up into the odds for 2020 MVP. Not so fast. According to DraftKings.com, Lock is currently sitting at +7000 for MVP of the regular season which puts him 25th on the list behind the likes of Jarrett Stidham, Josh Allen, Daniel Jones, and even Cam Newton who isn’t currently on an NFL team as it stands right now. 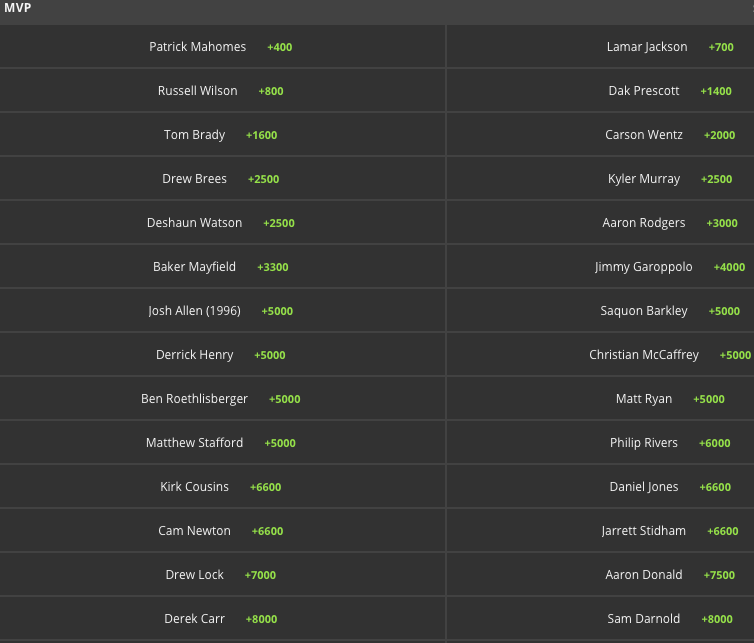 Sports betting is a fine balance of making the safe bet that’s basically guaranteed to hit and finding the moneyline that no one else is taking action on with a fantastic payout. To me, Drew Lock meets these criteria and with a +7000 you can imagine that the majority of the money on the MVP race lies much higher up in the Mahomes, Jackson’s, and Tom Brady’s. Low risk, high reward for an emerging quarterback that’s done nothing but impress his coaches this offseason, and an emerging offence that’s built around speed.

Take Drew Lock for MVP this year and you won’t regret it. Unless of course he doesn’t win, and in that case, you will regret it. Denver Sports Betting doesn’t assume any responsibility for sound advice. I’m not psychic  people.

Drew Lock of the Denver Broncos is hands down who I’m going to bet on for the NFL 2020 MVP. It’s still so crazy to me that Denver, Colorado now has legal sports betting. Most of my bets will be on the Denver Broncos and have a feeling they’re going to win me a lot on money with the moneyline. Go Broncos!!!