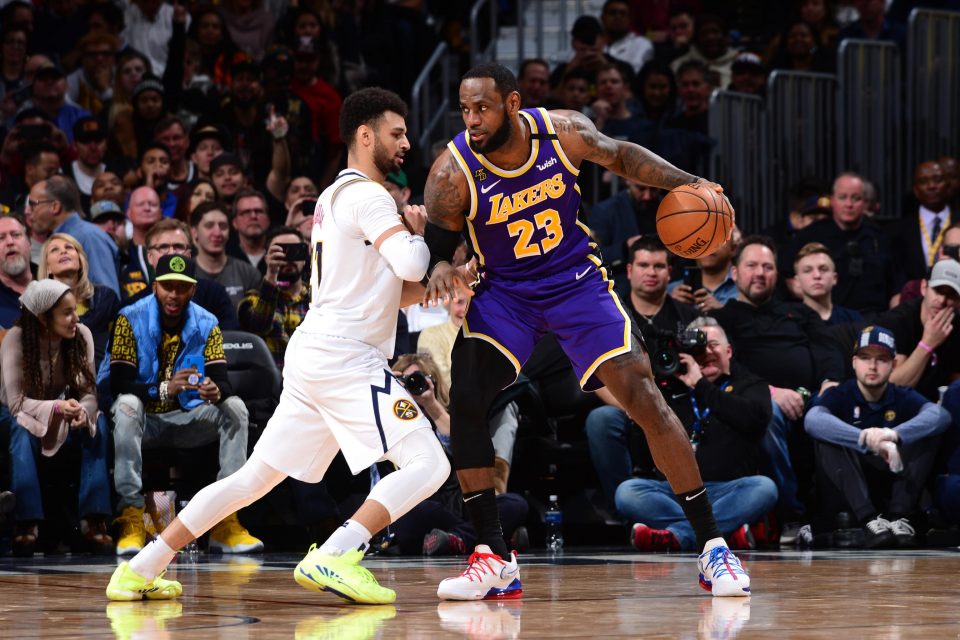 The NBA’s return to play in Orlando is inching closer and closer and while we still have to wait for a little over a month, it might be wise to start thinking about your bets now.

Just to refresh your memory on what the return will look like:

As is with the circumstances, this is all subject to change should something go sideways or there be another outbreak among the players in the process. However, should this all go to plan, here are your current odds to take home the Larry O’Brien Trophy at the end of all of this (courtesy of DraftKings):

Like with our NHL playoff piece, our team will pick two teams from each conference we really like for a bet.

It doesn’t take a rocket scientist to know that if you have Lebron James on your team, you have a pretty solid chance at taking the title come the end of the season. He’s done it with a cast around him at Miami, he’s done it with less of a cast around him in Cleveland, and now he’s back to having a dynamic group of players around him to support him (when he needs it) as the Lakers march towards the possibility of a title. They hold the best record in the West, and although they have had slip-ups, it really is hard to bet against Lebron James in a seven-game series.

Alright, maybe this is more of a longshot bet, but I’d be lying if I said I didn’t think this was a possibility. A lot of this rides on the fact that our roster, top to bottom, is healthy and ready to go come the restart. We’ve beaten the Bucks, Clippers, Lakers and I believe every team seeded as of right now in the playoff bracket. I think our bench could take us the distance though, with the likes of Jerami Grant or Will Barton, Michael Porter Jr., Monte Morris, we have the needed depth when it comes to the playoffs, and I think last year’s heartbreak gives us that much more experience on how to handle tough series. Take it with a grain of salt, but there is absolutely a chance of this happening, especially with everything that has already happened this year. Our remaining games will be tough, but that won’t change the fact that we think the Nuggets can do it, and earn you big money should you choose to go with our hometown boys.

This is what we’ve been waiting for! #MileHighBasketball

While not the most favored team, they are the most diverse. Despite being young, the fact that they are the only team in the bracket to have three players averaging 20+ should be undeniably important. In fact, they are close to having 4, with Hayward at 17.3. This should prove to be a critical factor in their postseason success, especially if Hayward can surpass 20 ppg in the playoffs like he was earlier this season. With so many different ways to score, they could be looking at a deep playoff run and the title if they can make it past the size mismatch against the 76ers (provided the bracket stays as predicted). In a setting where any player could suddenly succumb to COVID-19 and the fast-paced style of this year’s playoffs, having a young, decentralized core, where any one player can pick up where others might be lacking is going to be necessary. I pick them as the surprise bet that could make or break your earnings this postseason.

I know many people had the Bucks as favorites last year and were disappointed by their Eastern Conference Finals exit to the Raptors, but it would be foolish to count out a team that has had such a phenomenal regular season. The Bucks currently hold the best record in the NBA, and if you look at the numbers, it’s easy to see why. Milwaukee gets it done on both ends of the floor by being the most efficient defensive team in the league and being tied for the second-best field goal % in the league. They also have arguably the best player in league with Giannis Antetokoumpo, who currently sits in the top 3 of the league in points and rebounds. Giannis is also one of the most versatile defenders ever. No matter who he is up against he has an answer – he is basically what an NBA player would look like if they were made in a lab. They are also one of the oldest teams in the league, and guys like George Hill and Kyle Korver have a lot of experience in playing in big games. Lastly, the Bucks are basically the same team they were last year minus Malcolm Brogden, whose production has been made up by other players. I would not let the Toronto Raptors’ incredible playoff run last year make you think the Bucks are pretenders. They have all of the assets, experience, and chemistry necessary to take it all the way.