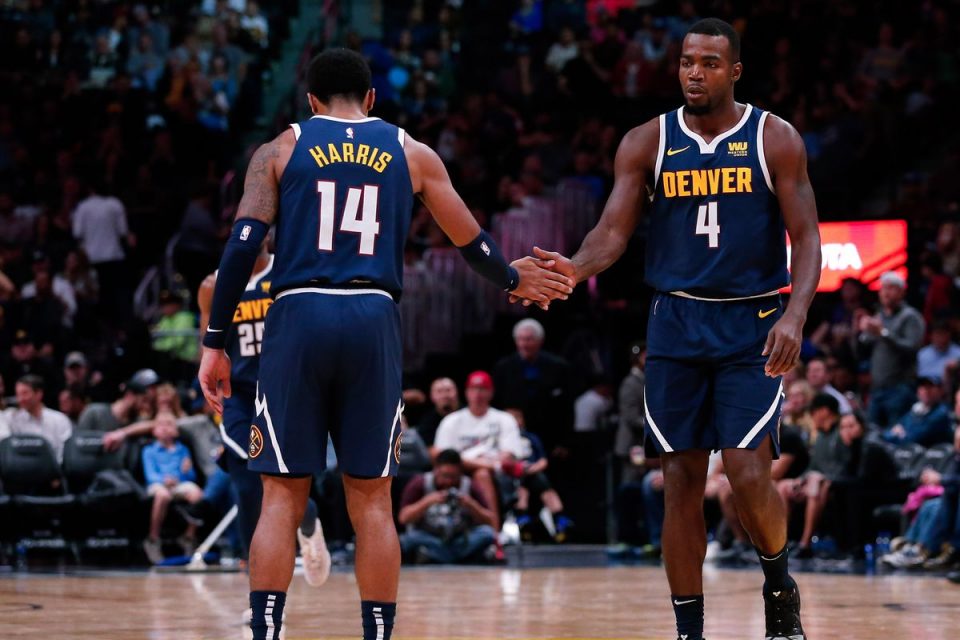 The NBA season is up in the air as of now due to COVID-19, so here’s who the Digging For Gold team decided the awards would go to if they had to be given today, starting with defensive player of the year.

Before we start this, we’d like to acknowledge that the season returning is still a possibility. We are well aware of this and wish for a swift and safe return for all sports, not just the NBA. If the season were to end due to the pandemic, here are our writer’s picks for the defensive player of the year

Ivan’s Pick: This one is tough because defensively, Denver dropped off after the all-star break. However, before the break, the Nuggets were playing at a high level, yet still struggling against teams below .500, leaving much room to improve in all areas.

My choice probably won’t be liked by many because it isn’t typical to pick a bench player, but I must say Jerami Grant takes it for me. He is the ultimate man off the bench, and when he started, he proved he was more than worthy of holding down his place in the starting five. His hustle was unmatched, and came up big defensively on numerous occasions, as with the Suns with a last-second block.

The only stat I can provide to justify this pick is his defensive rating of 111.2, on par with another possible pick in Torrey Craig. I know this will irritate people out there, but he does the little things right, damn near all the time. He closes down shooters, he hustles after loose balls, communicates well when need be, and leaves everything out on the court. What he lacks in physicality, like a more common pick in Paul Millsap, he makes up for with grit and determination. Go on now, start formulating your retorts. We love a good discussion!

Charlie’s Pick: It is tough for me to pick an individual out of a Nuggets team that overall plays defense pretty well. Ranking 5th in points allowed, 8th in 3 PT FG%, and 10th in steals per game, the Nuggets often held their own defensively in the 2019-2020 season.

With all of that considered, my defensive player of the year is Paul Millsap. He rarely leads the Nugget’s defensive stats but is hanging around the top in almost every category. Millsap does lead the Nuggets in defensive rating with 102.2, with Jokic following him with a rating of 107.7 (lower is better for defensive rating). This means he is by far our most efficient player defensively. In addition to this, he is a top 5 Nuggets player in defensive win shares and defensive rebounding percentage. While you could go with a number of players, including Nikola Jokic, Torrey Craig, Jerami Grant, and even Will Barton, I am picking Paul Millsap because of his overall contributions and efficiency.

Carter’s Pick: I find it impossible to pick just one player for this position. For years, nearly my entire life, the Nuggets have failed to be a defensive force in the league. We have had plenty of talent over the years, plenty of shots in the playoffs, but not enough defensive pressure. Coach George Karl tried to spark defensive prowess in his teams, but Mike Malone has been the only coach to make a successful mark on the defensive side of the ball. The reason he has been able to do so, however, boils down to two players who this year share my DPOY award. Garry Harris and

Torrey Craig. Over the past few years these two have carved out an indispensable role on the Nuggets, and this year proves the point.

While none, and I do mean none, of their stats, really support this claim, their tenacity, hustle, and consistency when it comes to guarding all-star caliber players has always been known and has continued to shine. For this reason, their defensive ratings are high (Harris- 107.1 and Craig 111.1), considering their relevant statistics.

While other teammates have outshined these two in many defensive stats, for example, Will The Thrill, I challenge you to imagine our defense without these two. There is a reason, despite poor offensive statistics, Coach Malone continues to start Harris and Craig in the most important games of the season.