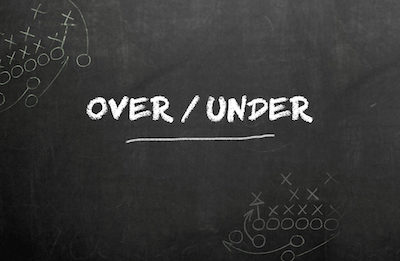 Over, Under, or Just Right?

How is everyone doing during this horrendous start to 2020? What if I told you there was something that could all pick your spirits up and take your mind back to the beautiful world of the National Football League?

I have got just the thing for you. While I was pursing the internet, I came across Vegas Insider’s list of all 32 teams and their predicted win totals for the upcoming season. 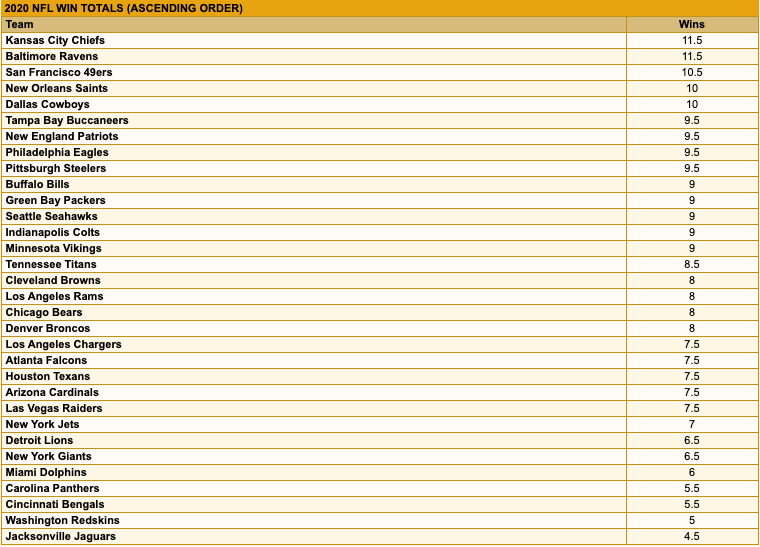 Teams to take the under on:

The Lions traded away star cornerback Darius Slay and in turn got younger and potentially better by using their first round pick to select cornerback Jeff Okudah. The team still has many glaring issues, head coach Matt Patricia is 9-19-1 in his two years there. The last two years the Lions have been under the 6.5-win mark.

The honeymoon is way over for Mitch Trubisky and head coach Matt Nagy. The offense is horrendous (29th in the NFL), and since losing defensive mastermind Vic Fangio, the defense has also taken a step back. They also signed TE Jimmy Graham and the used their first pick in the draft to get another TE instead of addressing some other major issues on the team. They barely made the eight win mark last year, and there is probably a chance they will fall below eight wins again in 2020.

This one might come as a surprise to many, especially since CBS Sports has them with the second easiest schedule for the 2020 NFL season. It’s no secret Big Ben’s days are numbered in the NFL , especially coming off a season ending elbow injury that resulted in surgery. The AFC North is growing in power and talent, the Steelers have to compete with the Ravens, a stacked Browns team and an emerging Bengals squad.

Teams to take the over on:

Lookout for the Arizona Cardinals, according to NFL.com they were given an A for their 2020 draft. Couple that up with the fact the Kyler Murray outplayed expectations last year, and now has DeAndre Hopkins and Larry Fitzgerald at his disposal, this is a team on the rise.

The Denver Broncos reminded me of a team that loved to snatch defeat in the jaws of victory last season.  They had the lead against the Bears with 30 seconds left, blew that one. They secured the lead against the Jags with 1:30 left and blew that one. They were up 20-0 at halftime against the Vikings and ended up losing by four. The thing is the Broncos are a team that were in almost every game last year and after they found their guy in Drew Lock, they started to win. They started the 2019 season going 2-6 and ended up 7-9 with Drew Lock going 4-1 in his 5 starts. This team looks to ride the momentum from last year.

Seattle has had a winning record for the past five years. Seattle went 11-5 last year and got knocked off by the Packers in the Divisional round of the playoffs. Russell Wilson only seems to be getting better over the years, having his best season yet last year. The NFC East will be competitive, but the Seahawks can easily surpass the 9-win mark.

Totally Agree! The Broncos could be a great pick for a lot of smart sports bettors.

I am all over the Cardinals over 7.5 wins this year. Kyler Murray is a beast! I like Denver over 7.5 as well

The Arizona Cardinals will surprise a lot of people this year with Kyler Murray at the helm, same with Drew Lock and The Denver Broncos.

I am all over the Cardinals over 7.5 wins this year. Kyler Murray is a beast! I like Denver over 7.5 as well. There are some very intruging bets out there.