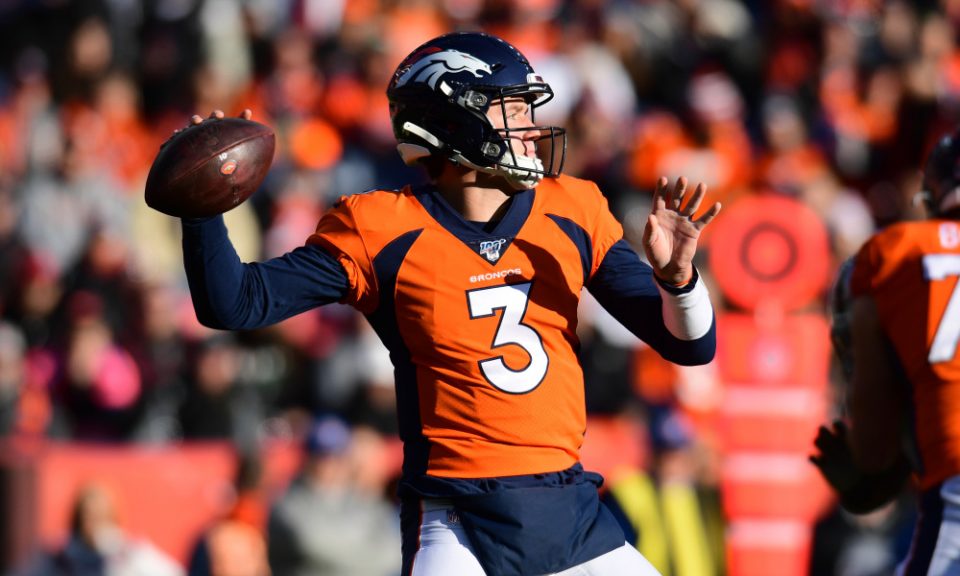 The Denver Broncos have struggled to return to championship form since the retirement of Peyton Manning. However, with Drew Lock running the show alongside new offensive coordinator Pat Shurmur, Broncos Country is optimistic about their offense for the 2020 season.

• Last year the Denver Broncos somehow found a way to win seven games while averaging a hair-pulling 17.6 points per game.

• Two years ago, the Broncos found a way to entice the fans to a measly 20.6 ppg while winning six games.

Starting to see a trend? Well most fans have seen enough of the trend. Denver has ranked within the bottom half of the league in total offense for three consecutive seasons, and the fans have had enough.

While the blame can be dispersed in many different aspects throughout the team, no one endured more scrutiny over the last few years than Broncos VP of Football Operations, John Elway.

Elway made some very questionable decisions in order to try and remain competitive last offseason, bringing in Joe Flacco and an injury prone offensive tackle Ja’Wuan James to be exact.

Conceivably these mistake materialized on the field. After a horrendous start to the 2019 season and injury issues, Flacco was benched and gave way to the rise of Drew Lock. Lock finished the season going 4-1 and in doing so, re-ignited excitement throughout all of Broncos Country.

Some could argue Lock still got a lot left to prove and that he’s still a work in progress, especially after the failed Paxton Lynch experiment of years past.

That said, Elway wasted no time this offseason to help Lock out.

The signing of Melvin Gordan, the drafting of Jerry Jeudy and speedster K.J. Hamler, all point to the faith that both Elway and head coach Vic Fangio have in the emerging Lock.

Once you combine the new acquisitions with an already developing Phillip Lindsay, Courtland Sutton and Noah Fant, the light is starting to shine bright at the end of the dark tunnel that the Broncos have been in the past few years.

Let’s not forget the fact that pass-happy Pat Shurmer is now in control of this young Broncos offense. With weapons all around him, Lock will look to make a massive leap in his sophmore season, and pull the Broncos out of football purgatory.

How does this affect your money?

This is a team that has the talent to win more than 8 games, but also a team you should look to be covering the spread against underdogs opponents they play this year.

The Broncos were a team that liked to blow leads last season, but with the new offense in place they have a chance to get away from those close point-spreads and cover when they are the favorite.

The important thing to consider when taking action on NFL games this upcoming season, is what big money underdog picks might be worth the risk. I believe the Denver Broncos could be that team to look out for going into the 2020 NFL season.

The Broncos won seven games last season despite all the turmoil that ensued. Denver enters the 2020 season a bit more refined on both sides of the ball, so they should (probably) be a .500 team at the very least.

Drew Lock is the key for the Broncos. I want to bet the Broncos win total and I think the Broncos new offense will be key. Love Denver Sports Betting!

Drew Lock will turn a lot of heads in the NFL this year as the new starting quarterback of the Denver Broncos!

Absolutely! Drew Lock is going to make sports betting in Colorado a blast.