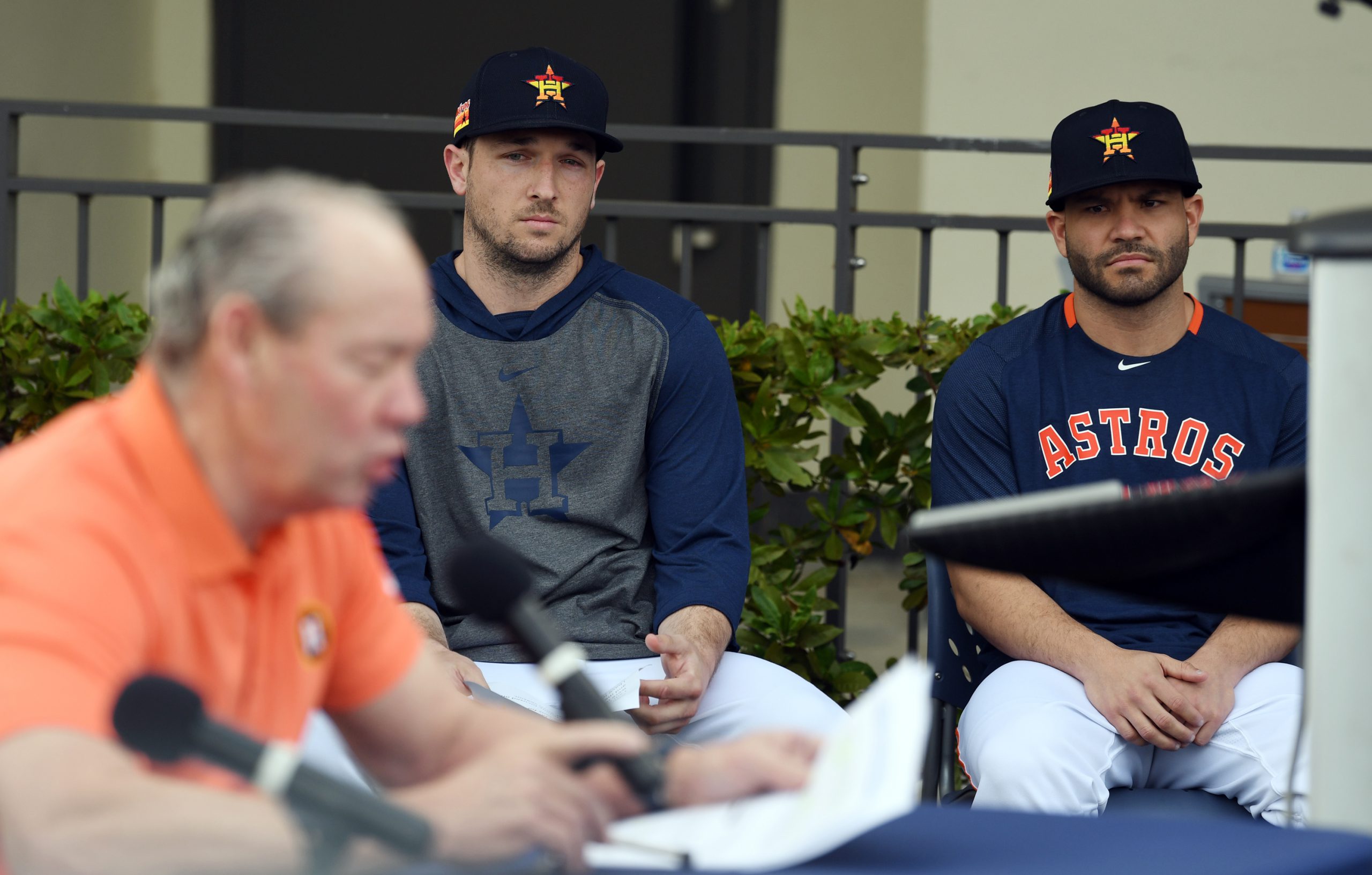 Bookmakers around the world are known for creating obscure betting lines for the gamblers of society to wager on.

From betting the duration of the National Anthem during the Super Bowl, to which countries will be involved in the next war, nothing is off-limits to gamblers.

The Houston Astros have been the center of controversy throughout the Major League Baseball offseason for their role in a complex cheating system that ultimately helped them win the 2017 World Series.

What was once a feel-good story has since turned into a dumpster fire for the Astros and the sport as a whole with the 2020 season on the horizon.

There have been plenty of repercussions for Houston’s actions. A.J. Hinch, Alex Cora and Carlos Beltran all lost their jobs as big-league managers, as did several members of Houston’s front office.

Players around the league have been vocal about their displeasure with the Astros organization and how the league handled the entire situation.

While actions have been taken against the Astros organization, many players in the game believe the penalties handed down were not sufficient. Many are perplexed and frustrated that no players were held accountable.

Because of this, it is not inconceivable some teams and players will take justice into their own hands at one point or another throughout the 2020 season.

Retaliation via hitting batters is synonymous with the “unwritten rules” in baseball culture, and opposing teams are sure to keep those rules in check during the season.

BetOnline Sportsbook is rolling the dice on opposing teams retaliating against the Astros this season, listing the over/under of times players are hit by a pitch at 80.5, per Bob Nightengale.

The book has also set the over/under for times players charge the mound at 1.5. Additionally, Alex Bregman has 1/1 odds to be hit the most of all players on the Astros.

Stateside, William Hill Sportsbook set the number at 83.5. Per ESPN, nine teams have been hit by pitches more than 83.5 times in the last five seasons.

Houston batters were hit 66 times last season, which was slightly above the league average of 60.1.

“I hope that I made it extremely clear to them that retaliation in-game by throwing at a batter intentionally will not be tolerated, whether it’s Houston or anybody else,” Manfred said during a press conference Sunday via Forbes.

80.5 is a steep number, and with the commissioner having already issued a warning, it is hard to conceive teams will take aim at the Astros consistently. That said, some clubs are furious with what Houston did, so they could take matters into their own hands regardless of the repercussions.

Either way, the cheating scandal will probably be addressed at some point on the field during the season.

Make sure to come back to Denver Sports Betting for news on all your favorite Denver-based teams. We’ll also keep you up to date on sports betting coming to Colorado.