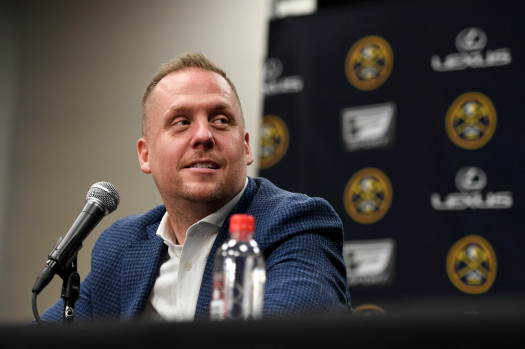 The 2019-20 NBA trade deadline is set to expire at 3 p.m. ET Thursday afternoon (1/6/20). Denver Nuggets General Manager Tim Connelly will need to decide if the Nuggets will be buyers or sellers at the deadline.

Connelly can either use some of the roster’s assets to bring in another star-caliber player, or he can consolidate the roster by trading away some of the team’s depth for draft picks to allow more minutes for fringe rotation players.

Connelly also can choose not to make a trade at all and continue with the roster that has a record of 88-43 since the beginning of the 2018-19 season.

Will the Nuggets make a move?

If so, I detailed three players the Nuggets can acquire that will make an immediate impact and possibly help Denver swing a playoff series. 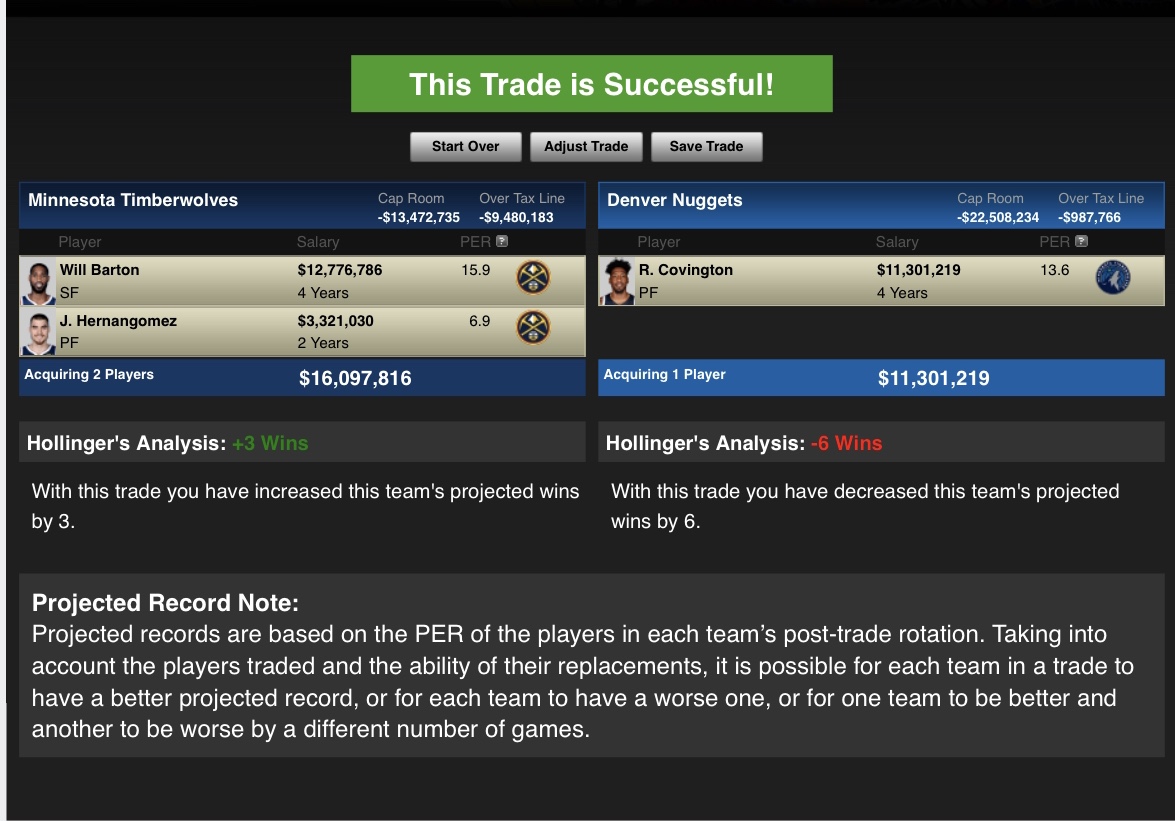 After going undrafted in 2013, Robert Covington has developed into a solid wing defenders in the NBA. At 6’9″, Covington is long, which makes him a switchable player in pick and roll situations, and he is a very versatile defender.

Covington has also turned himself into a reliable 3-point shooter, shooting 36% for his career. Covington’s value would be tremendous in the playoffs for Denver with the number of elite-level wing-scorers in the west.

Covington would be brought in to guard guys like LeBron James, Kawhi Leonard and Paul George. Covington wouldn’t completely shut those players down, but he is a big body that can help slow them down somewhat.

The Nuggets are currently starting Will Barton III at the small forward position. Barton III, is only 6’6 and is better suited for the shooting guard position. Covington is nearly 6’9 with plenty of length. At 15-33, the Timberwolves have the second-worst record in the conference. The Timberwolves should be looking to sell some of their valuable pieces, with Covington being the most prominent. 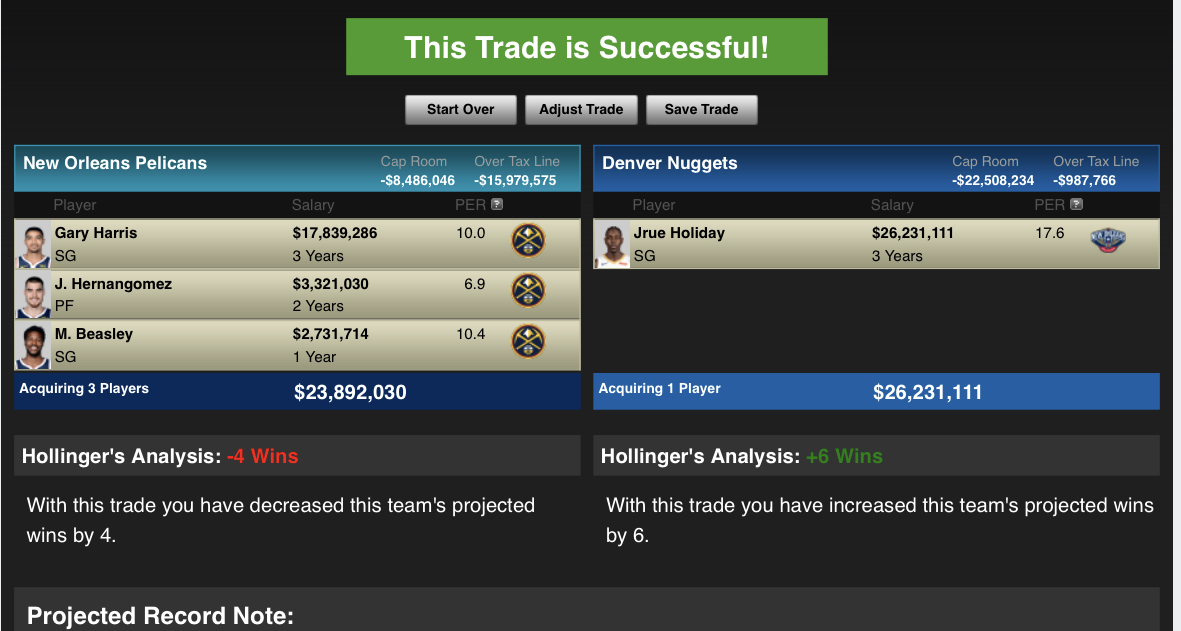 Jrue Holiday has been linked to the Nuggets in trade rumors this season. At 6’3″, he is a combo guard that would upgrade Denver’s backcourt.

Holiday is a physical player that will challenge the opposition on defense. Holiday would fit Michael Malone’s style of play perfectly being a tough-minded, no non-sense type of player. Holiday is averaging 20-points per game this season and nearly seven assists.

The All-Star caliber player would be an immediate upgrade to the Nuggets and could vault them over teams like the Jazz and Rockets during the postseason. Holiday is also a proven playoff performer which is something the Nuggets could definitely use. Holiday’s playoff ability was on full display during the Pelicans 2017-18 playoff run when Holiday averaged 23-points per game on 52% shooting. Holiday out-performed Cj McCollum and Damian Lillard that entire series as the Pelicans swept the Blazers.

Holiday can opt-out of his deal in 2021, which would give him this season and next under the Nuggets team control. 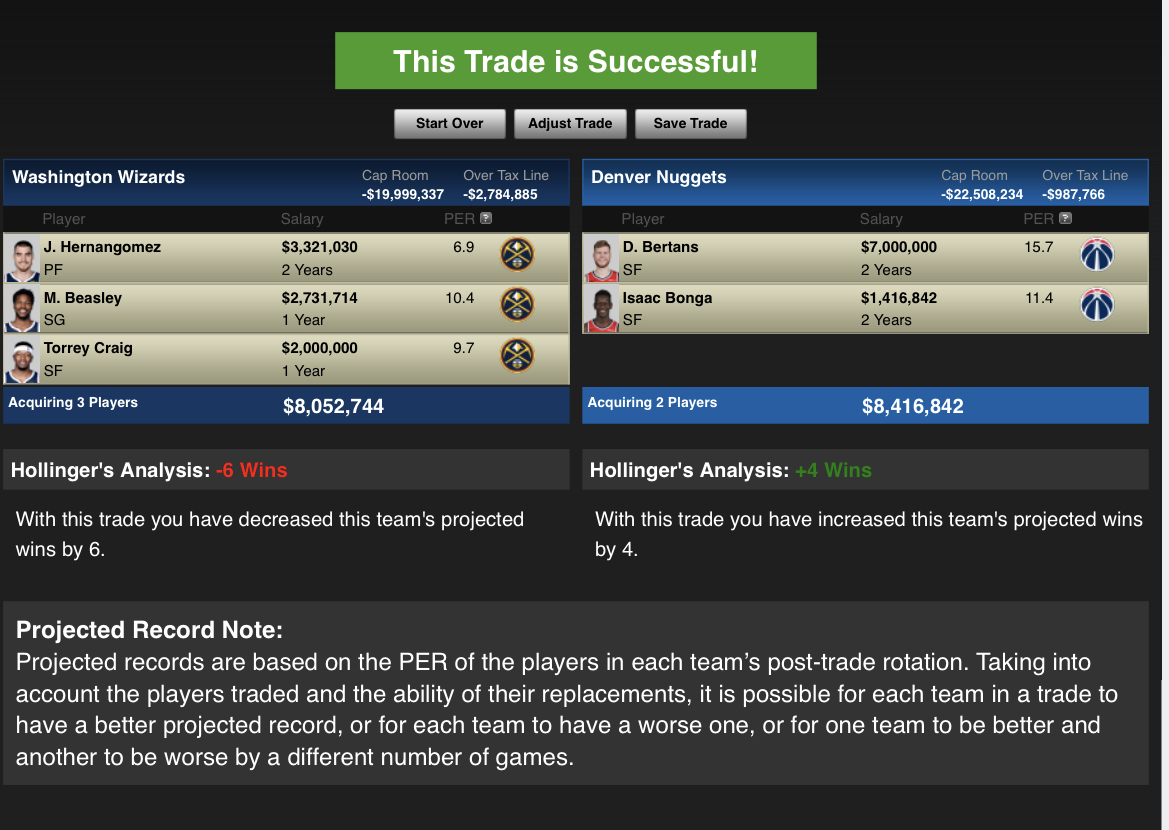 It’s clear the Nuggets need perimeter shooting, and Davis Bertans could be the best on the market. Bertans was actually a steal for Washington in a trade with San Antonio last summer. Bertans is averaging 15-points per game, including 42% from three-point range on eight attempts per game.

Wizards General Manager Tommy Sheppard has publicly stated he isn’t interested in trading Bertans, but pressure from other teams to make a deal could force Sheppard’s hand who could lose Bertans in unrestricted free agency this summer. Davis Bertans is a 27-year old sharpshooter in his fourth NBA season. There are multiple teams interested in Bertans, so it’ll be interesting to see if Tommy Sheppard pulls the trigger.