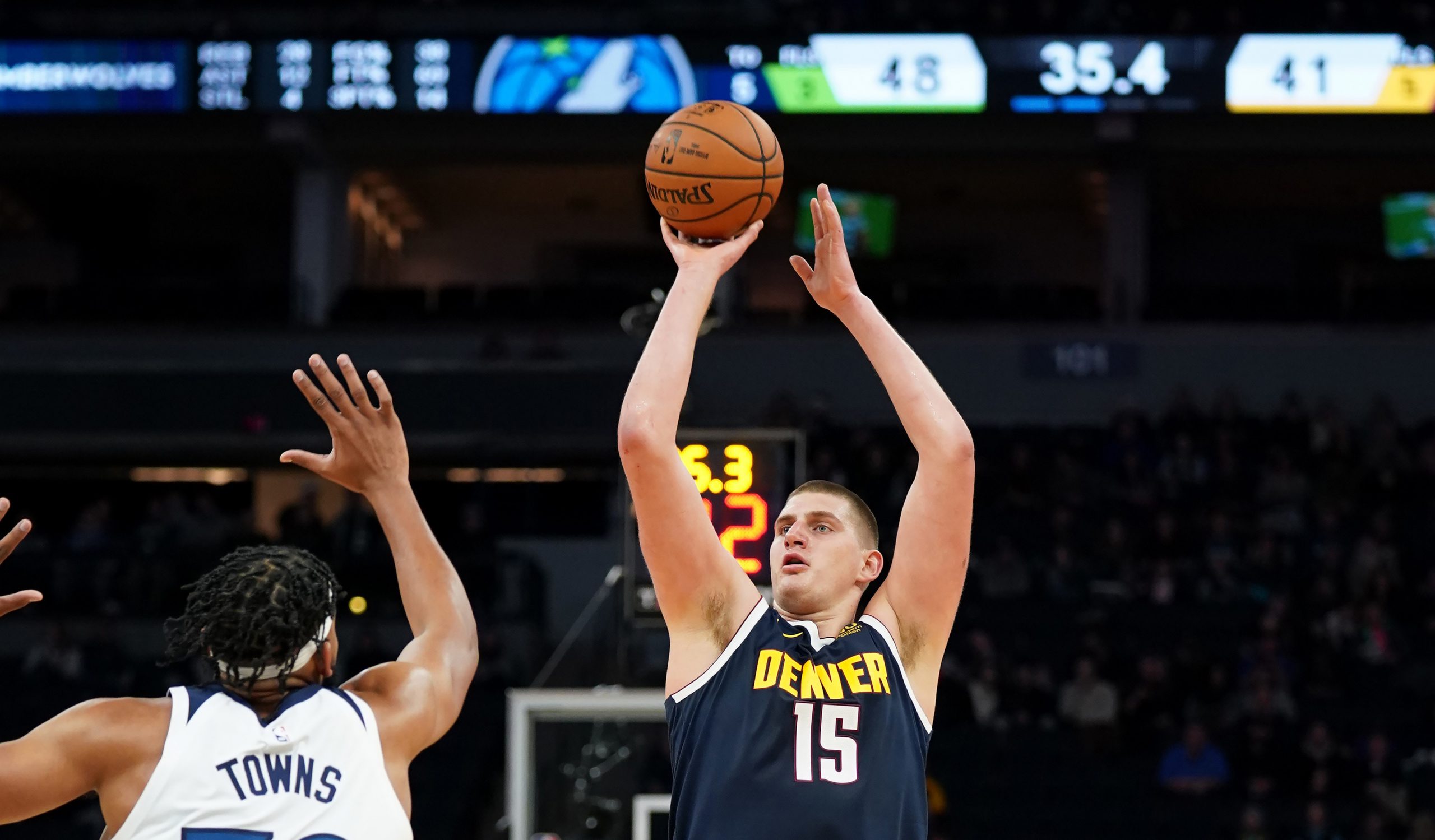 The Denver Nuggets are still leading the Northwest Division, but they better start winning games soon if they want to stay on top. Denver will host the Minnesota Timberwolves on Sunday night, and they will be huge favorites in this matchup. The Timberwolves are a rebuilding team, and they just have too many flaws to be considered a threat to win this one.

Denver comes into this game with a record of 38-18, but they have lost their last two games. The Nuggets still lead the Northwest Division by 1.5 games, but the Utah Jazz are within striking distance.

Minnesota has won just one time in their last 17 tries, and it appears that they are giving up on the season. The Timberwolves are just 16-38 on the season and sit in last place in the Northwest. The Nuggets are 12.5-point favorites over the Timberwolves in this game.

Timberwolves Struggling to Get Stops

Minnesota has been playing without Karl-Anthony Towns for a good chunk of the season, and they will be without their star in this game. Towns is a double-double machine that is capable of scoring 30-plus on any given night.

Minnesota also traded away leading scorer Andrew Wiggins before the All-Star break and replaced him with D’Angelo Russell. Russell can score points in a hurry, but he doesn’t help solve their defensive issues.

That number is usually good enough to win with their stifling defense, but they still must shoot it better. The Nuggets are allowing just 106.8 points per game, and they will look to shut down an explosive team.

Center Nikola Jokic leads the way with 21 points and seven assists per game this season, but he needs some help from his teammates. Jokic should be able to dominate the paint without Towns in the middle, but he can’t do it alone.

Jamal Murray and Gary Harris must be playing well if the Nuggets want an easy victory in this one.

The Denver Nuggets are almost unbeatable on their home floor this season, but that doesn’t mean that it always comes easy. The Nuggets don’t always shoot the ball well, but their defense is usually good enough to bail them out.

Minnesota can really score, and they are going to keep this game close with their offense. Denver is going to find a way to pick up a much-needed win, but this one won’t be easy. Take the +12.5 points and bet on the Minnesota Timberwolves in this Sunday showdown with the Denver Nuggets.

Make sure to come back to Denver Sports Betting for all your Nuggets news as well as updates on all your favorite Denver-based teams. We’ll also have the latest news on sports betting coming to Colorado.