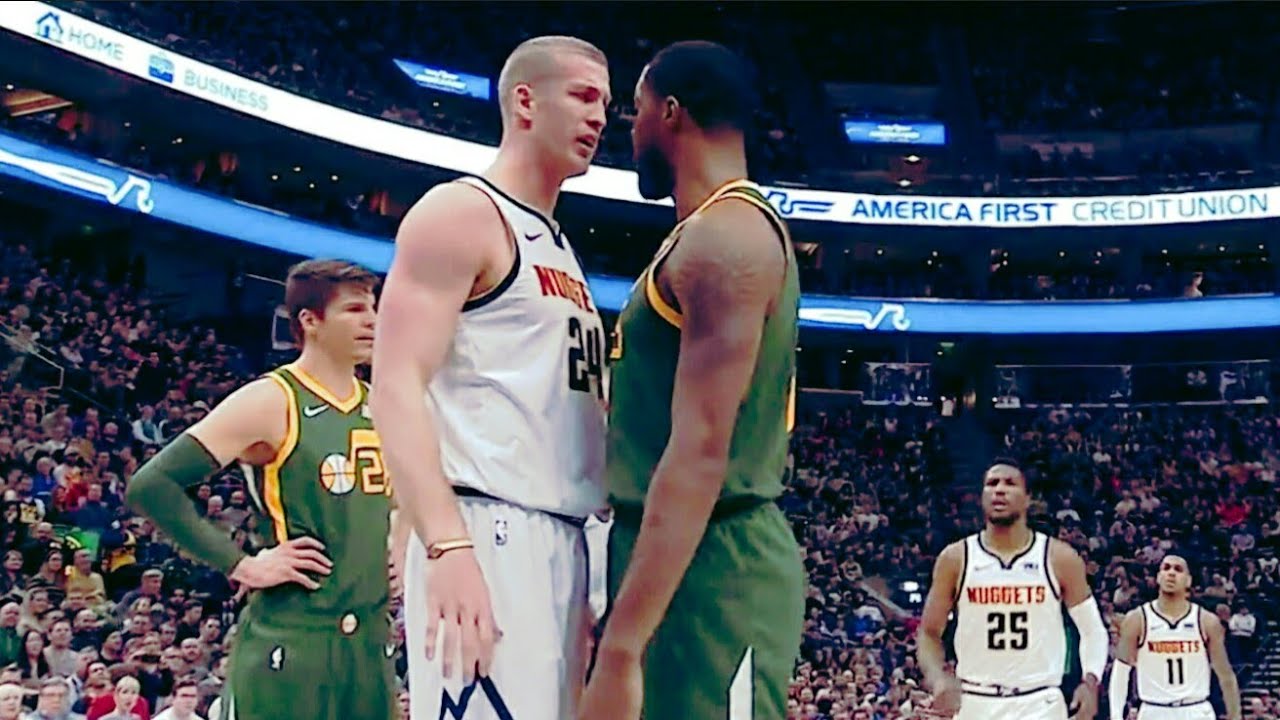 The Denver Nuggets will be in Salt Lake City on Wednesday night for a game with the Utah Jazz. This is a matchup of the top two teams in the Northwest Division, and they continue to bounce back and forth for the top spot in the division.

Don’t expect a ton of offense when these two teams meet up, and it is likely to be a close game.

The Utah Jazz are nine and a half point favorites over the Denver Nuggets on Wednesday night.

Murray Back For Nuggets

Jamal Murray returned from injury earlier in the week, and that gives the Nuggets another scoring option. Murray is averaging close to 18 points per game this season, and he can really shoot the ball.

All-Star center Nikola Jokic leads the team with 20 points per game, and he does a little bit of everything for this team.

The Jazz have lost four straight games, and their defense has really been an issue of late. The Jazz are still a top-10 defense this season, but they haven’t looked like it of late.

Donovan Mitchell leads the team with over 25 points per game, but the Jazz need to give him some support as well.

The Jazz are in desperate need of a win, and they will get it in this game. Denver had a tough game with the Portland Trail Blazers on Tuesday night, and fatigue is going to be a factor in this game.

The Nuggets struggle to score the ball with any consistency, and it’s hard to see them putting up a ton of points in this game. Bet the Utah Jazz -8.0 over the Denver Nuggets in this huge Northwest Division showdown.

Monkey Knife Fight is your source for player prop betting options, and it has plenty of great options for this showdown. Be sure to use Promo code: DSB50 to receive other great bonuses at Monkey Knife Fight.

Even though this game will likely be relatively low scoring, you have to think that the two star players will show up. Both Mitchell and Jokic need to have big games for their respective teams, and the best bet in this situation is to take the “more” for each play.

This bet is interesting because you normally wouldn’t focus on the above stat lines for each of the three mentioned players. All three players are terrific NBA talents, but they are most known for other things.

Mike Conley Jr. is capable of a big game, and taking More than 5.5 Assists is the right play. Will Barton is not a great rebounder and won’t be able to rack up at least seven rebounds.

Rudy Gobert is a dominant low-post presence, but it’s hard to see him going off in this game. Take the less than 17.5 points with Rudy Gobert.

Make sure to check back at Denver Sports Betting for all the news on the Nuggets and all your favorite Denver-based teams. We’ll also have all the updates on sports betting coming to Colorado.