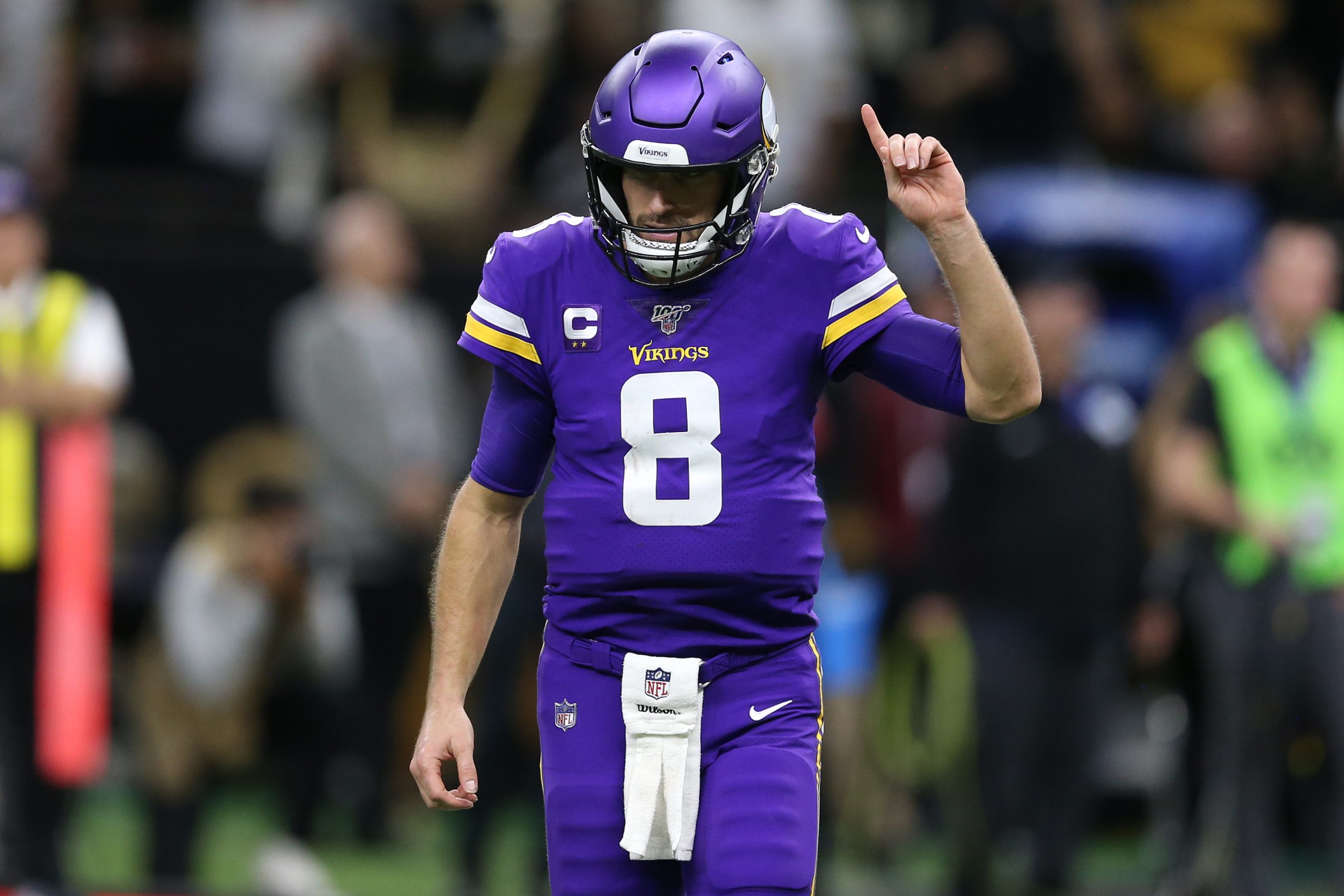 The 2020 NFL postseason rolls on with a slate of games set for Saturday.

The top two seeds in the league are in action on Divisional Weekend. Let’s take a look at the first game.

For a preview of the Baltimore Ravens versus Tennesse Titans head to MileHighSports.com.

The Minnesota Vikings will travel down the bay area to face the top-seeded San Francisco 49ers. Kickoff for this game is set for 2:35 MST.

The 49ers opened up as seven-point favorites, and there has been no movement on the line. According to the Action Network, the public money is split with each team bringing in 50% of bets.

Both clubs covered the spread nine times this season. Minnesota is 4-4 ATS in their last four road games. The 49ers own a losing record of 4-6-1 ATS when favored this season.

The Vikings will look to follow-up last week’s upset victory versus the New Orleans Saints against the top seed in the NFC. Despite massive criticism, Vikings quarterback Kirk Cousins, delivered a clutch, game-winning drive last week to advance Minnesota to the Divisional round.

Despite losing their last two regular-season games, the Vikings looked sharp versus New Orleans and made the Saints home field advantage irrelevant.

Many wonder if Cousins can string together another solid performance against a 49ers defense that is one of the best units in the NFL.

The 49ers defense allowed an average of 281.8 yards and 19.4 points per game during the regular season, two figures which ranked within the top-10 of the NFL.

San Francisco finished the season with a 13-3 record and was the most complete team in the NFC this season. Their success in 2019 comes after a dismal 2018 campaign where they finished with a 4-12 record, which allowed them to select edge rusher Nick Bosa with the second overall pick.

Last week, Minnesota managed to hold the Saints’ offense to just 20 points. The Saints averaged the third-most points per game during the regular season with a mark of 28.6.

The 49ers averaged the second-most points per game this season at 29.9, so the Vikings defense will need to have another stout performance should they want to stay within striking distance.

Many have doubted the Vikings abilities this season, but last week’s victory in New Orleans was certainly food for thought about just how good Minnesota could be. It’s not out of the question to say the Vikings have been underrated this season. The criticism of Cousins and company is warranted, but last week’s performance was noteworthy, and in the playoff’s anything can happen if a team gets hot.

It remains to be seen if the Vikings will be able to catch lightning in a bottle; however, should they defeat the 49ers, they would become the first No. 6 seed since the 2010 New York Jets to upset a No. 1 seed.

The 49ers had a great regular season, but questions have swirled regarding their legitimacy given their relatively soft schedule. That said, they did earn victories against the Green Bay Packers, New Orleans Saints and Seattle Seahawks down the stretch in the regular season.

The over/under opened at 46 but has since dropped to 44.5, with 58% of public money funneling towards the over.

If the Vikings are able to slow down the 49ers offense, this should be a tight, competitve game like last week in New Orleans.