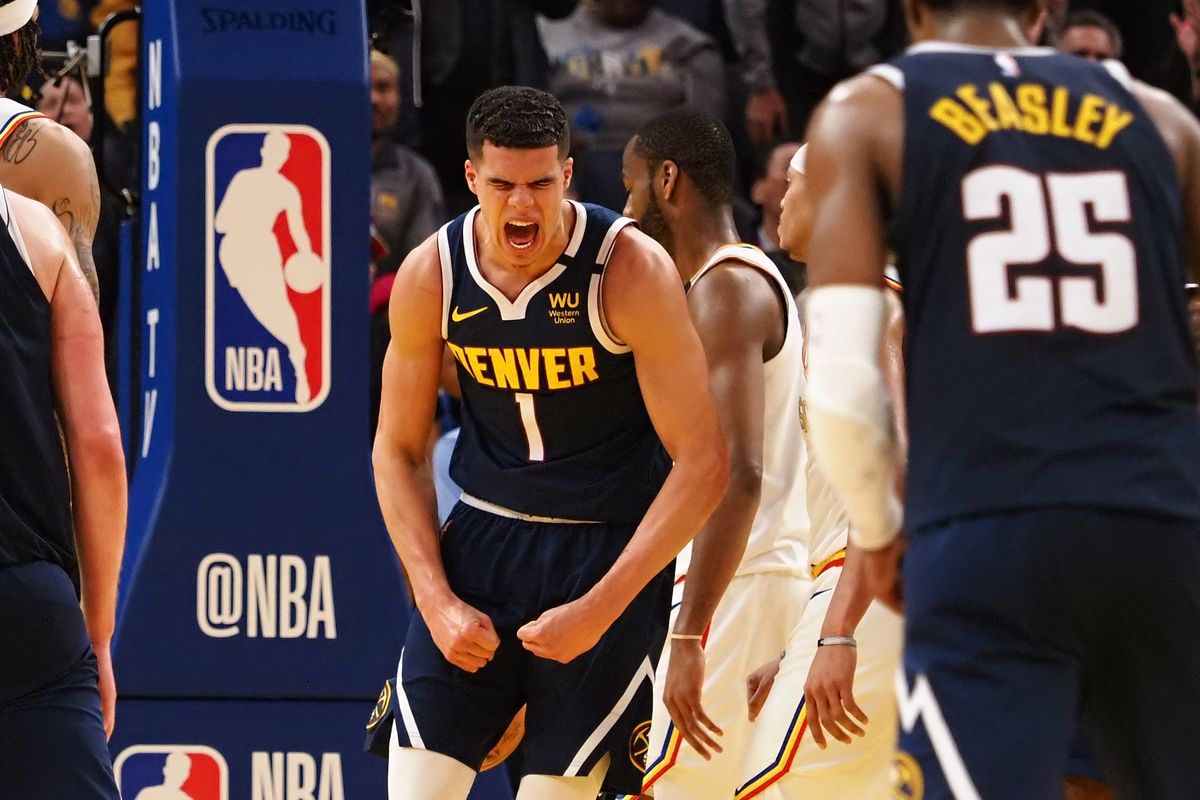 First place in the Northwest Division will be on the line when the Denver Nuggets host the Utah Jazz on Thursday night. Both of these teams are among the best defensive teams in the NBA, and this should be a relatively low-scoring game.

The Nuggets should be well-rested but are coming off a loss, while the Jazz had a game in San Antonio on Wednesday night, falling to the Spurs for their second straight loss. The Nuggets are slim 1.5-point favorites over the Jazz in this huge showdown.

The Jazz have been a little better than the league average in terms of scoring this season, but they have been explosive of late. Utah is led by Donovan Mitchell‘s 25 points per game, and it has been scoring more than 115 points per game over the last few weeks.

The Jazz still play defense at a high level, but they are starting to spread games out with their terrific shooting.

Nuggets Will Need To Defend

The Nuggets are allowing just 106 points per game this season, which is the fourth-best mark in the NBA. Denver will try to slow this game down when it has the ball, and it tries to get a great shot on every possession.

All-Star center Nikola Jokic is a double-double machine and has been known to register some triple-doubles. The Nuggets will also have to make shots to win this game.

Nuggets Too Tough At Home

These teams are extremely close on paper, and this should be a very tight game on Thursday night. The Jazz will be a bit fatigued after a tough game in San Antonio on Wednesday, and playing in Denver is never fun.

The Nuggets are going to win this game, but it won’t be easy. Take the Nuggets at -1.5 over the Jazz on Thursday night.

The Nuggets will do their best to try and stop Mitchell, but that’s easier said than done. Mitchell will score more than 24.5 points in this game.

Jokic is the best offensive player for the Nuggets, but he doesn’t need to be great for this team to win at home. He will score less than 23.5 points in this game.

If Jokic isn’t going to score more than 23 points in this game, then his assist total should be high. Take the over 7.5 assists for “The Joker.”

Rudy Gobert is one of the best rebounders in the league, but 14.5 rebounds are a ton. Bet on the “Less” with this matchup.

These are three very intriguing matchups that could very well go either way. We like taking the “More” on the Mitchell and Michael Porter Jr. props while taking the less with Jerami Grant and his scoring output.