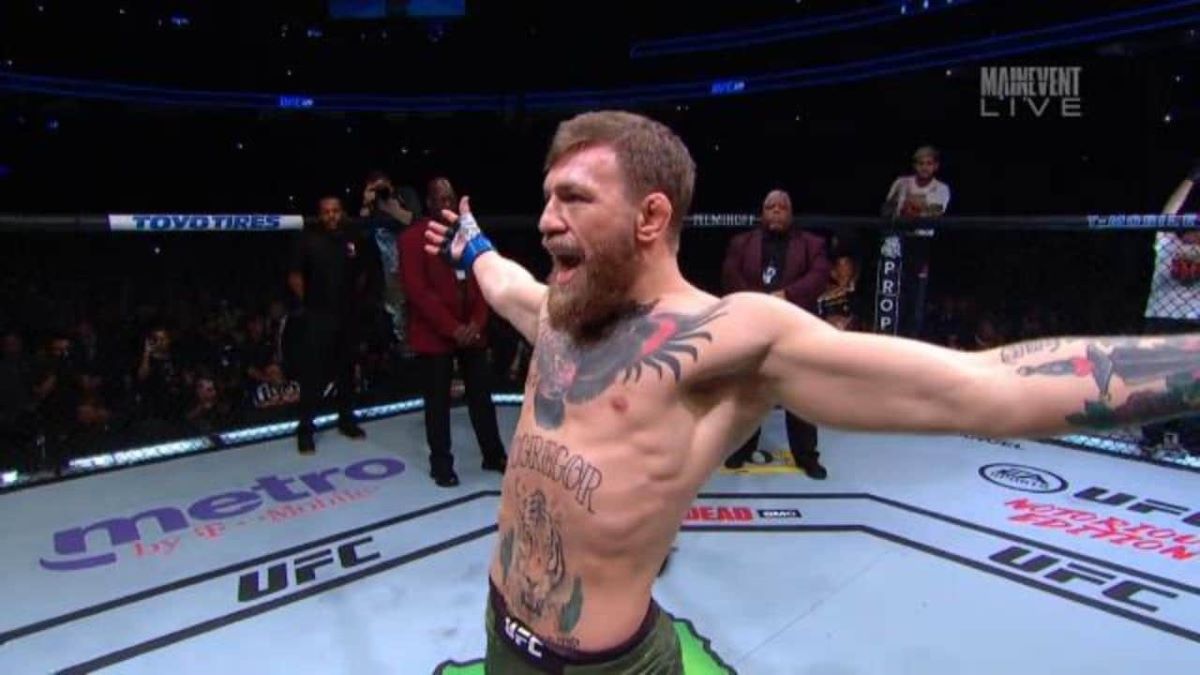 Conor McGregor is set to return after a somewhat lengthy absence to fight Donald Cerrone on Saturday. This welterweight main event will be at UFC 246 at the T-Mobile Arena in Paradise, Nev. The fight should be an enjoyable one, as both fighters have a lot of respect for each other.

The odds for the Main Event have changed a lot since the announcement of this fight. McGregor is a heavy favorite coming in, but I believe the fans want Cerrone to win this one.

McGregor, although a favorite, could have his hands full with a well-versed Cerrone. I think these odds are a little misleading, but overall, you have to start somewhere.

The odds for the main event are currently at:

Tale of the Tape

The 31-year-old McGregor is currently the third-best fighter in the lightweight division. “Notorious” has a record of 21-4-0. The man really knows how to throw a punch, as most of those wins, 18 of them, are by knockout.

He has 41 percent striking accuracy and 63 percent grappling accuracy. His reach extends to 74 inches, and he stands at 5-9.

The 36-year-old Cerrone is currently the No. 5 fighter in the lightweight division. “Cowboy” has an outstanding record of 36-12-0, with 10 of those wins by knockout and 17 by submission.

He has 47 percent striking accuracy and 36 percent grappling accuracy. He has a reach of 73 inches and stands 6-1.

Both fighters have some great resumes and have had tremendous success in the octagon. Cerrone has him beat in a height advantage, but McGregor has a slight advantage with his reach. Based on the stats, Cerrone wins by submission, and McGregor goes for the knockout.

Cerrone is coming off of two consecutive losses. This could be a difficult time for him, but this man has seen it all over the course of his career and has a resume that has encountered just about every situation possible. He definitely has the experience to turn it around if he plays it smart against McGregor. I look for him to put up a good fight for this one.

McGregor has had plenty of time to rest and get in shape for this fight. He could also earn a lightweight title shot with a victory over Cerrone. If he gets this one, and if Khabib Nurmagomedov wins his next fight, we could potentially have a rematch of those two fighters.

I look for McGregor to have all of the motivation in the world to secure a victory for this fight.

There are several other fights going on Saturday night that deserve your attention. This fight will also definitely be worth your time. You get a longtime fan favorite in Cerrone and a redemption attempt from Connor McGregor, who is still a dangerous fighter.

McGregor has pretty much done everything under the sun when it comes to fights, promotions, and personal life. He does not need to validate himself any further to be considered a great fighter.

But, this guy is pushing for the top. He is still motivated to become the best fighter and already taking shots at a potential rematch with Nurmagomedov.

I think this fight will be the fight of the night and will result in a victory for McGregor. Pairing his motivation and his time off for preparation for the fight, he should have all of the tools necessary to get the job done.

Check back to Denver Sports Betting for more news on the UFC as well as all your favorite Denver-based teams. We’ll also have news on sports betting coming to Colorado.

What we learned from Nuggets preseason