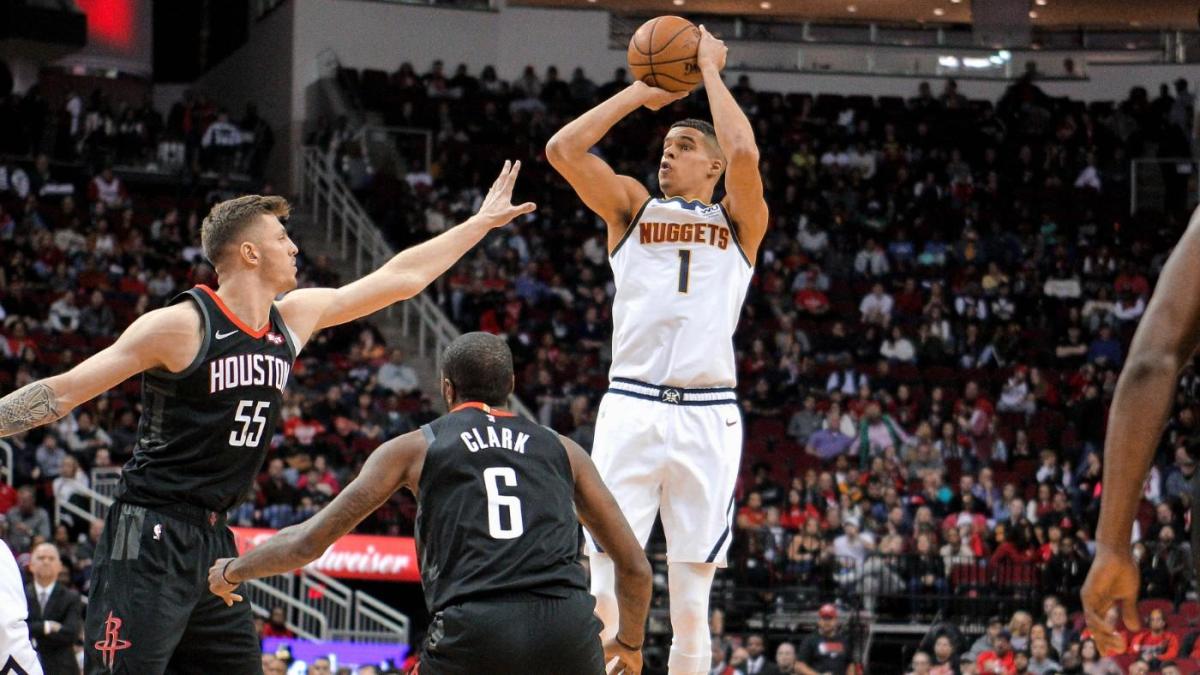 After a back injury cut into his freshman season at the University at Missouri, Michael Porter Jr.’s draft stock dropped. He fell to the 14th pick in the 2018 NBA Draft, where he was taken by the Denver Nuggets.

Being as cautious as they could, the Nuggets held him out for the entire 2018-19 season, just as the Kings had done with Harry Giles two years ago.

There were questions about Porter’s fit on this team with several wings already on the roster. But over the last few weeks, Porter has taken off.

He scored 11 points in 19 minutes on Dec. 28 against Memphis, then poured in 19 points in 26 minutes the very next night against Sacramento.

Two games later, playing in his first game of 2020, Porter went off. The rookie went for 25 points on 11-of-12 shooting against a stellar Pacers team, doing this in just 23 minutes. It seems that he has usurped Malik Beasley, Torrey Craig and Juancho Hernangomez permanently in the rotation.

Though his overall stats have not impressed (yet), Porter could be making a late case for Rookie of the Year.

Averaging just 11 minutes per game, Porter is averaging six points and three boards per contest. His per-36 numbers are 20.2 points and 9.7 rebounds per game.

Porter’s current Rookie of the Year odds are listed at +15000, but he was rated as the top rookie on last week’s ladder, averaging 16 points and nearly six rebounds per contest.

The only way for Denver to truly become a Finals contender is to find guys that other teams don’t expect to beat them on certain nights, and have them do just that. They might be in the market for a trade, with Beasley and/or Hernangomez going elsewhere to bring a new piece in.

And if that doesn’t happen, they have this tremendous young talent showing out on the floor. The 25-point performance was just a start of things to come from Porter. Had he not been hurt in college, he could have potentially been taken inside of the top five, even in a draft class as loaded as 2018.

What Porter has added to this team is consistent play off the bench. Denver was constantly changing its starting lineup last postseason, unsure of who the starting small forward should be.

Craig got most of the opportunities in the Nuggets’ seven-game series with Portland. As solid as Will Barton has been this year, we very well might see Porter get a chance to join the starting lineup in the postseason.

Your 82-game plan and the playoff agenda are generally extremely different, as teams make significant adjustments after each game. So, it remains a possibility.

Denver already has a freak athlete on its bench in Jerami Grant, and Porter gives them another one. He can throw down explosive dunks and is capable of chase-down blocks on the other end of the floor.

He is listed at 6-10 and can play either forward spot. And while he has gone in and out of the rotation, he has still managed to see the court in 27 of the team’s 36 games.

He has flashed much potential the past couple of weeks as he tries to make his Rookie of the Year case, but this is just the beginning.

Porter is immensely talented, and the NBA world is finally seeing it happen in their league. He is on his way to becoming a star, and the possibility of bringing the Nuggets higher along the way is right there.

Check back on Denver Sports Betting for more news and info on the Nuggets and all your favorite Denver-based teams. We’ll also keep you updated on all the news regarding sports betting coming to Colorado.