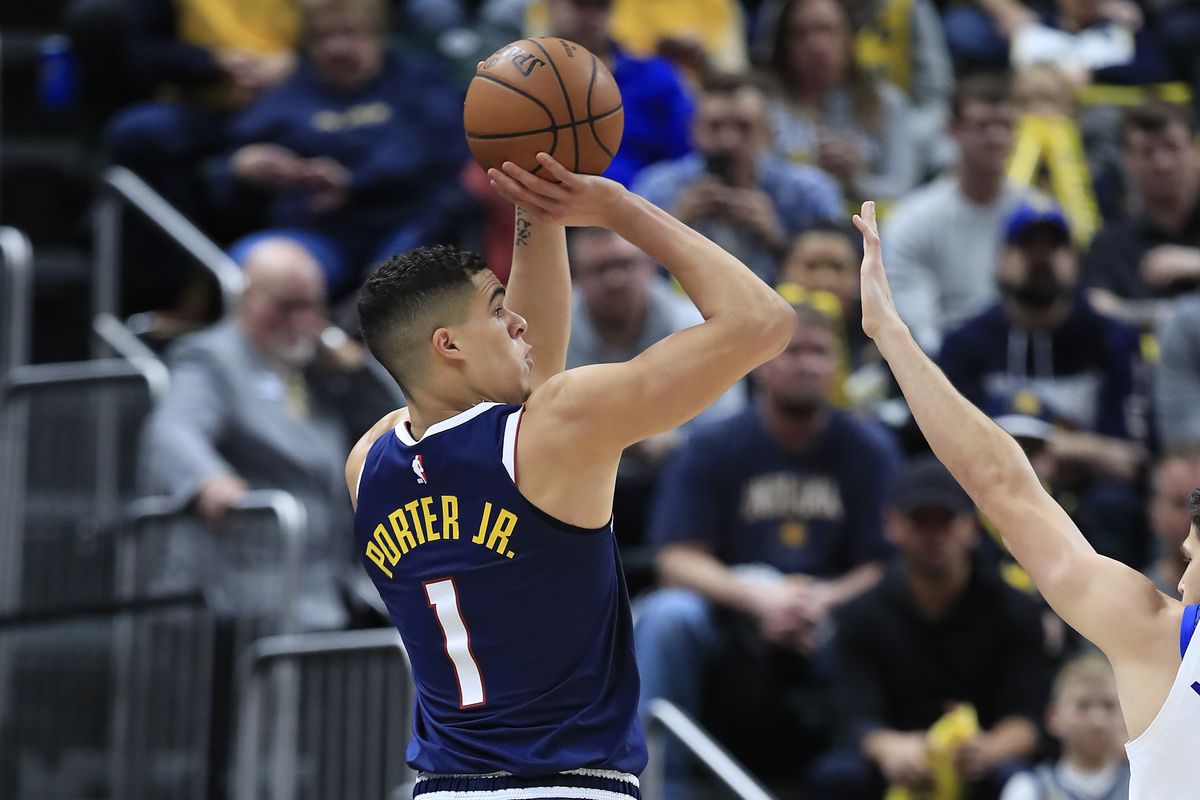 The Denver Nuggets look to continue their climb up the standings in the Western Conference as they take on the Washington Wizards on Saturday night. Denver is the much better team in this matchup, but anything can happen on any given night in the NBA. Washington will be playing on their second straight night, while the Nuggets should be well-rested.

The Nuggets have won three of their last four games, and they are starting to take control of the Northwest Division. Denver comes into this game with a record of 24-10 but is just 9-6 away from home.

Washington has lost four of its last five games, including a loss on Friday night. The Wizards are just 10-24 this season, and they are going nowhere. The Denver Nuggets are 10-point favorites in this game.

The Denver Nuggets are not an explosive offensive team, but they have been scoring points like crazy of late. Denver is still averaging less than 109 points per game, but that number has been going up of late. The Nuggets do their damage on the defensive end, where they are giving up just 104.3 points per game.

All-Star center Nikola Jokic has been playing much better of late, and he leads this team with over 18 points per game. Jokic is also leading the team with nearly seven assists per game, but the Nuggets suddenly have a bench as well.

Michael Porter Jr. is back in the fold, and he has proven that he can be an elite player when healthy. Denver should score plenty of points in this game.

Wizards Continue To Give Up Points

Washington does have one of the best players in the NBA in shooting guard Bradley Beal, but he has been out with an injury of late. Beal is averaging close to 27 points and seven assists per game, and his absence is a huge loss for this team. The Wizards aren’t very deep, and they are going to struggle on both ends of the floor in this game.

The Denver Nuggets are a much better team when playing at home, but they can still win games on the road as well. Denver now has a terrific bench that includes Porter Jr., and it should score a ton of points in this game.

Washington continues to be an absolute mess on the defensive end of the floor, and it is playing in its second game in two nights. The Wizards have been struggling of late, and those struggles will continue in this game. Bet the Denver Nuggets -10.0 over the Washington Wizards on Saturday.

Make sure to check back to Denver Sports Betting for all your Nuggets news as well as updates on all your favorite Denver-based teams. We’ll also keep you updated on the latest on sports betting coming to Colorado.