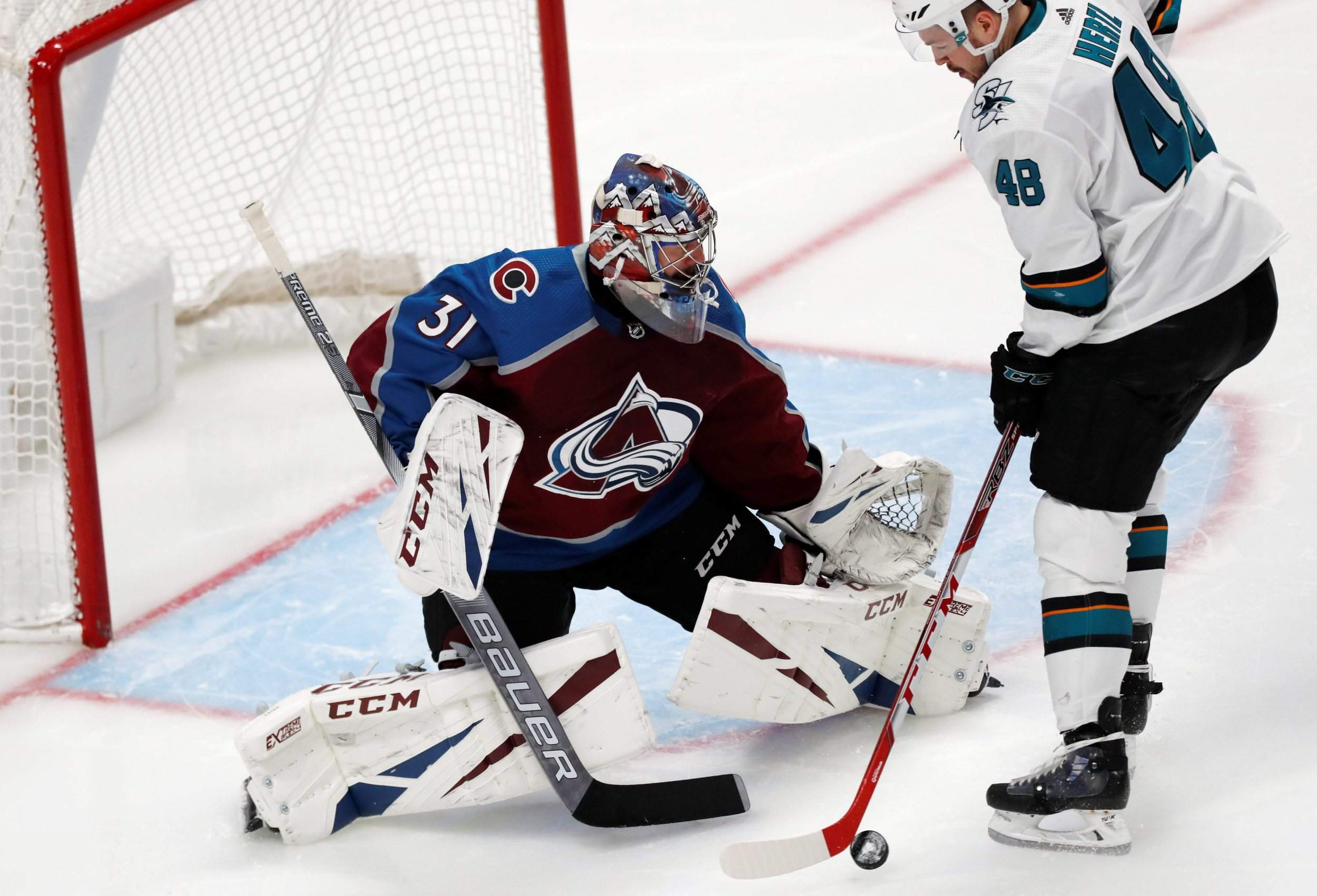 Thursday’s win against the Sharks could not have come at a better time for the Colorado Avalanche. Going into the game against San Jose, Colorado (26-15-6) was in the midst of a four-game losing streak, its second-longest streak of the season, before bouncing back to a 4-0 victory at home. But now, the Avalanche will welcome the West’s top team, the St. Louis Blues, as they aim to gain ground in the Central Division.

Here is a preview for Saturday afternoon’s contest, along with odds and a pick.

In their first game of 2020, the Avalanche welcomed the Blues to the Pepsi Center and throttled them with a 7-3 win. Immediately following that, they began their East Coast road trip with a 5-2 win versus the lowly Devils.

But then the losing began, and it wasn’t fun. Colorado lost 1-0 to former goalie Semyon Varlamov and the Islanders, then dropped a 5-3 contest to the Rangers the next night.

After returning home to face the Penguins, Matt Calvert sent the game to overtime with about 30 seconds left in regulation, but ultimately the Avalanche lost 4-3 in the extra period.

Then for the fourth and final time, they were beaten by the Stars, this time in a 3-2 overtime loss.

And all of that is what makes Thursday’s win so important. Philipp Grubauer led the way with a 27-save shutout, his first of the season. But Colorado’s depth was on full display starting in the first minute when Valeri Nichushkin netted his eighth goal of the year 45 seconds into the game.

Then with three seconds to go in the first, rookie sensation Cale Makar buried a goal to double the lead, his 10th of the season. Ryan Graves and Calvert would also score in the game, capping off Colorado’s first win since Jan. 4.

As far as individual performances, Nathan MacKinnon is extending his impressive season into the new year. The superstar has three goals and seven assists over his last seven games, as he’s now at 27 goals and 41 assists on the season.

Defenseman Samuel Girard is continuing to set the table, dishing out nine assists in that same span to reach 24 helpers this season. Mikko Rantanen had a hat trick against New Jersey but has yet to record a point since, while Andre Burakovsky has five assists over the last four games.

Lately, the Blues have continued to have success, ripping off four consecutive victories shortly following their loss to the Avalanche. But on Wednesday, St. Louis’ winning streak was snapped in a 4-3 overtime loss to the Flyers.

Statistically, the Blues crack the top 10 in goals with 3.23, despite ranking just 22nd in shots per game. While the Avalanche have the higher goals-per-game average, St. Louis is among the elite power-play clubs, ranking fourth with a 25.4 success rate.

On the other side, coach Craig Berube is once again in charge of one of the league’s top defensive groups. The Blues are fifth in goals allowed with 2.63 and eighth in shots on goal with 30.4. The penalty kill is good but not sensational, however, coming in 14th at 81.2 percent.

As far as players who have been hot, newly-named All-Star David Perron has four goals in his last six games, reaching 20 goals along with 27 assists this season.

Brayden Schenn has an assist or more in five straight games, and now has 24 on the season. Others have been huge contributors as well, like Jaden Schwartz and Alex Pietrangelo. The winger Schwartz has five points in six games, while Pietrangelo has three assists in as many games.

The Avalanche will likely turn to Grubauer. Fresh off of his first shutout of the season, Grubauer is 13-10-4 with a 2.81 GAA and a .911 save percentage.

Meanwhile, look for the Blues to counter with Jordan Binnington. The second-year net-minder is a sparkling 22-7-5 with a 2.51 GAA and a .915 save percentage.

As the Avalanche continue their long homestand, they welcome the Blues to their arena as the favorites, listed at -145. And while the Blues are sensational, I like Colorado to win.

The Avalanche showed what they can do against St. Louis the last time they played and have finally bounced back after their losing streak. Not to mention, the Blues have lost back-to-back games more often than losing just once.

With them getting healthier and now with a successful gameplan to beat the Blues, give me the Avalanche -145 to make it two wins in a row.

Make sure to check back to Denver Sports Betting for all your news on the Avalanche and all your favorite Denver-based teams. We’ll also keep you up to date on sports betting coming to Colorado.