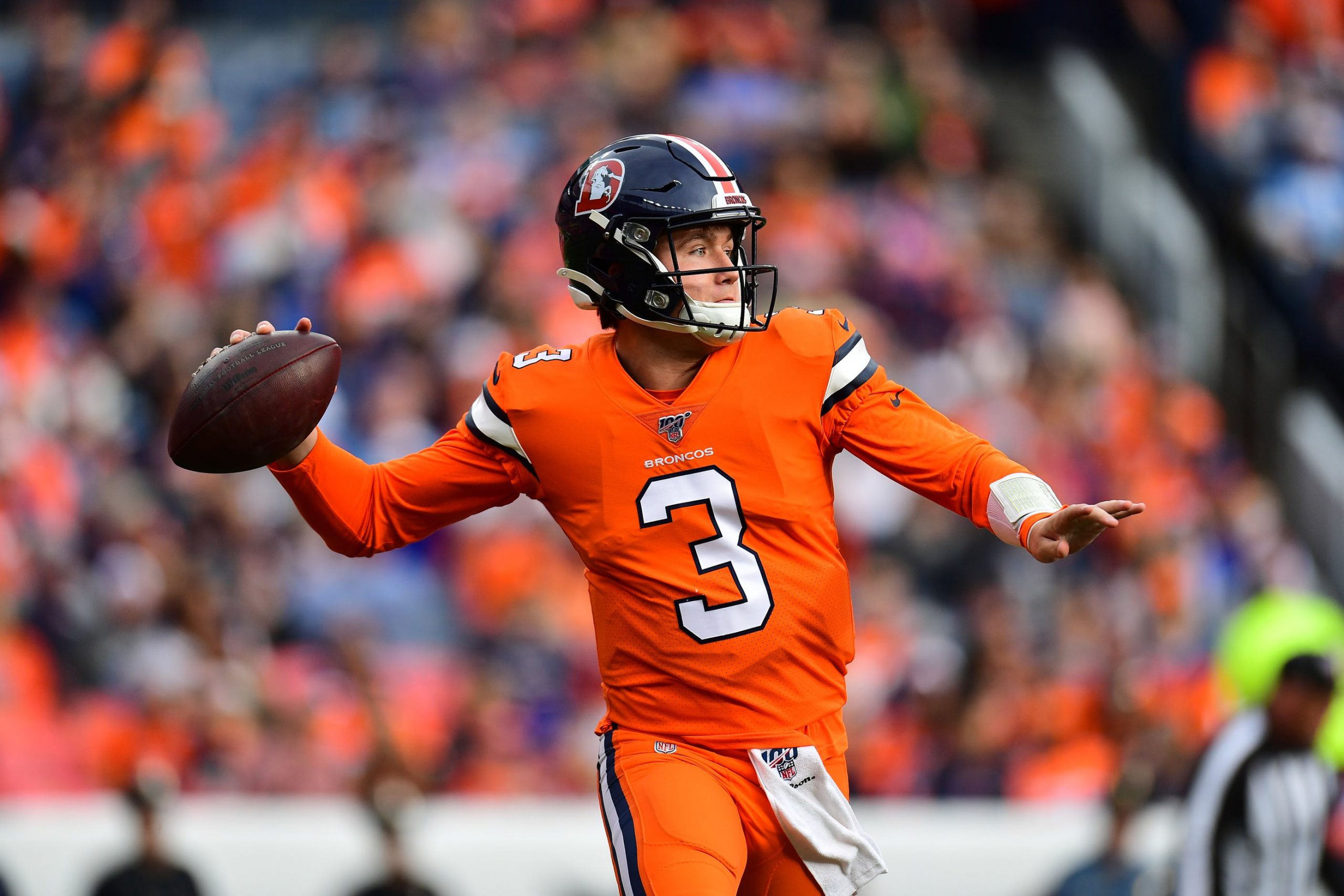 With the NFL regular season over, it is time to dive into the NFL Draft for most teams. The Denver Broncos are locked into the 15th pick come draft time, so we can now start to identify potential first-round fits and then look into moving around in the draft as well.

If I am the Broncos, the first two positions I look into are wide receiver and cornerback, as they are two positions where they lack firepower. Both positions require multiple players at all times, making them more likely to play right away.

A first-round pick should always be on the field immediately, and I think that any DB or WR that is taken here will be a day one starter.

There are multiple defensive backs that fit the mold here with guys like LSU’s Kristian Fulton and Grant Delpit, and Florida’s CJ Henderson coming to mind for most, assuming that Ohio State’s Jeff Okudah is long gone at 15. I am going to suggest Okudah’s teammate, Shaun Wade, at 15, which is likely probably currently considered a stretch.

Wade has not yet declared for the draft, but there is a good chance that he leaves, and I think that he possesses upside that is incredibly rare at corner. Wade was a 5-star recruit and has elite size and athleticism, which is a great start.

The biggest plus for Wade is that he played a lot of safety and slot corner at Ohio State and played basically zero outside corner in his college career.

This would be a bit risky, but I think that Wade projects as an elite cover corner who has extensive experience in the slot, and he is a guy that would have no problem shadowing elite receivers into the slot.

This versatility is invaluable and almost unheard of at the cornerback position, and I think that it would be a great fit.

If the Broncos want to go with a top-end receiver for Drew Lock’s first full season, I would look towards guys like Alabama’s Henry Ruggs III, Colorado’s Laviska Shenault Jr., and anyone else that maybe fell a bit because of the receiver depth of this draft.

There are a lot of good receivers in this draft class, and this could push some receivers down the board if teams are content taking the seventh-best in the second round instead of spending the eighth pick on their No. 1 receiver. This could leave guys like Alabama’s Jerry Jeudy and Oklahoma’s CeeDee Lamb on the board later than we expect.

Ruggs makes a lot of sense opposite Courtland Sutton as a speed threat who could be used on screens, jet sweeps, and deep shots as well. He would be my favorite receiver taken at this spot, assuming that Jeudy and Lamb are gone.

I expect the Broncos to invest in the offensive line after finding a skill position player or two in the first few rounds. Investing in a young and talented offensive line is always a great idea for a young quarterback, and I would not even be upset at a first-round tackle.

I don’t love any of the options at tackle, so I would likely stay away until the second wave of linemen go.

After the third round, I suggest picking for upside at almost any position, but I think that Denver should likely pick another receiver before it’s all said and done in a deep class. It’s possible to get someone like Ruggs and then a deeper prospect that may be undervalued based on the depth of the class at receiver.

I don’t expect a late-round QB pick, but you never know what teams are thinking, especially with nine draft picks.

Make sure to keep checking back to Denver Sports Betting up through the draft for all your news on the Broncos as well as the rest of your favorite Denver-based teams. We’ll also keep you up to date on all the developments of sports betting coming to Colorado.