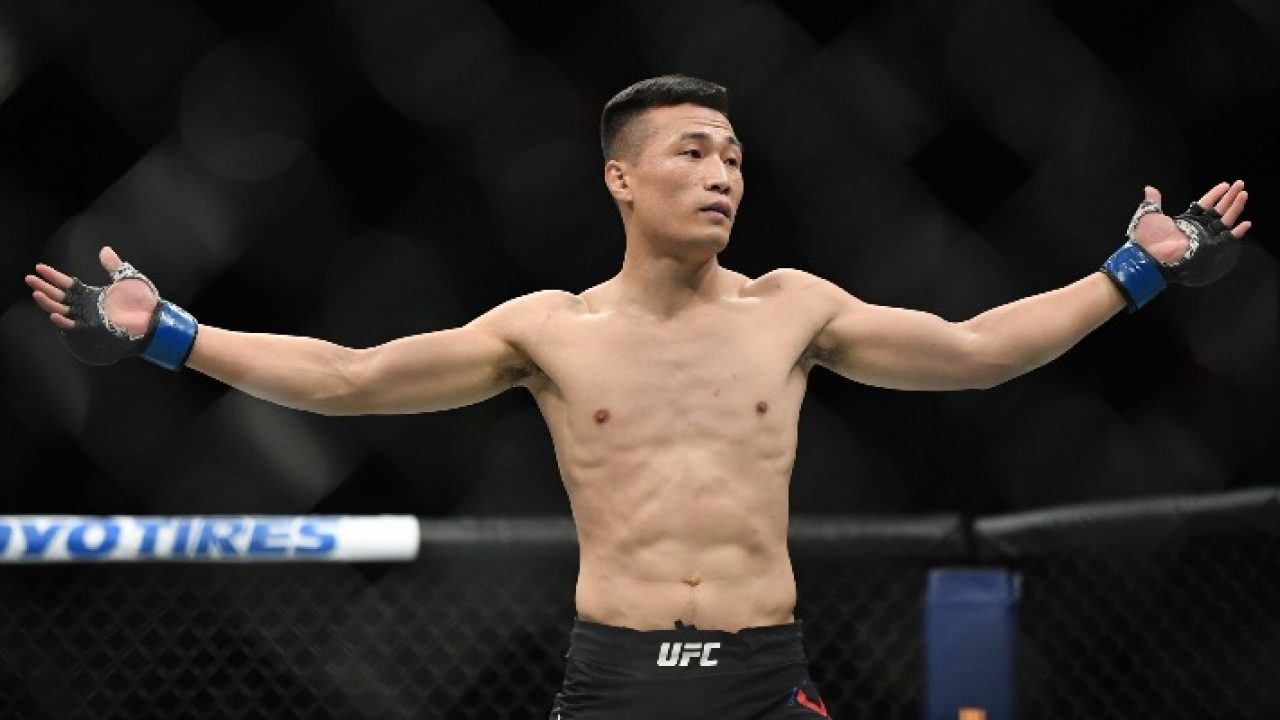 Frankie Edgar is set to challenge Chan Sung Jung for UFC Fight Night 165 on Saturday at Sajik Arena in Busan, South Korea. Brian Ortega had originally been scheduled for a showdown against Jung, known as the Korean Zombie, but Ortega has been sidelined due to an injury.

Still, the show must go on, so Edgar stepped in to take Ortega’s place. Edgar has had some time since his last fight to train and recover and answer the call for this one.

These are the current odds for the upcoming UFC showdown event. Edgar has somewhat of a disadvantage coming into this since he had such short notice. I believe that these odds will definitely change once the date gets closer to fight night.

* Odds are subject to change

He has striking accuracy of 40 percent and 32 percent grappling accuracy. His fighting history shows that his wins are typically led by decisions at the end of the fights.

With over half of his wins coming by decision, you can almost bet that Edgar will take it down to the wire.
Ironically enough, his last fight against Max Holloway ended in a decision that was not in his winning favor.

The Korean Zombie has striking accuracy of 40 percent and 42 percent grappling accuracy. Jung has a knack for getting other fighters to tap out, with over 53 percent of his fights having been won by submission.

Going out of the norm for Jung, his last fight against Renato Carneiro in June ended in the first round at around 58 seconds. A quick jab to the jaw of Carneiro sent him to the floor, and Jung was able to finish him off quickly.

Tale Of The Tape

Jung has a slightly longer reach on Edgar by a few inches. Jung’s legs also reach out to 38.5 inches, while Edgar’s reach out to 37 inches. Jung will have the upper hand here because I believe he is quicker on his feet.

Edgar, on the other hand, has the experience to defend himself against takedowns and submissions. Jung will surely try to submit Edgar at any given moment.

I look for Edgar to take this fight at his pace. He should have an all-around fight for this one and earn his points where he needs them.

On the other side, Jung is probably hungry for a knockout after his last win. If Edgar is defending well, Jung may try to turn this into a wrestling match and try to submit Edgar.

Overall, I believe that the winner will be Edgar. I am playing it safe with this pick because I believe that Edgar has the experience that it is going to take to defend off a hungry Jung.

He should be able to defend well on Jung’s takedowns and make his way to a decision at the end of the fight.

Check back to Denver Sports Betting for all your UFC news, as well as news on your favorite Denver-based teams. We also will keep you updated on all the news of sports betting coming to Colorado.