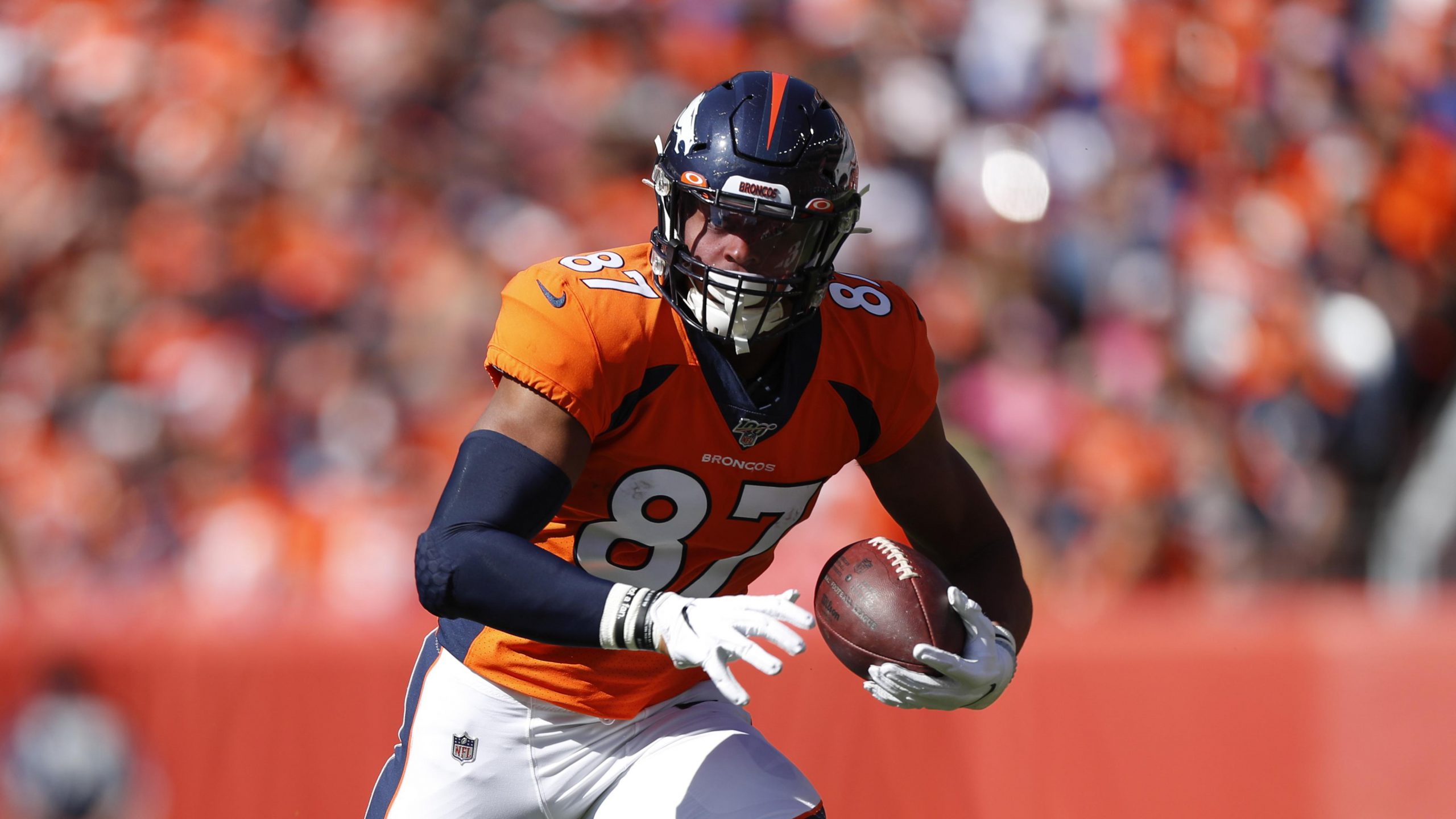 The Oakland Raiders are headed to Mile High Stadium to take on the Denver Broncos in the regular-season finale for both teams on Sunday. The Broncos are no longer in playoff contention, but they are building towards the future, with rookie Drew Lock stepping in at quarterback recently and other draft picks like Dre’Mont Jones and Noah Fant making an impact late in the season. The Raiders need a lot to go right, but this game is still very important for them.

The Oakland Raiders are hanging on by a thread in the AFC playoff race, but that doesn’t mean that they won’t play as hard as they can to give themselves a shot to make it as the sixth seed in the AFC. The Raiders need a win, along with losses from the Jaguars, Titans, and Steelers. While this isn’t likely at all, none of those games are locks one way or another.

The Broncos have not allowed more than 30 points all season long, and they have kept opponents under 24 points since their Week 11 loss in Minnesota. In their first meeting in Week 1, the Raiders were able to score 24 points, and they were able to move the ball really well all game.

I expect the Denver defense to have a better showing in this game, as it has improved as the year has gone on. That being said, the Raiders are doing a lot of things offensively to get guys like Darren Waller and Hunter Renfrow involved in the short game, where the Denver defense is most susceptible.

Derek Carr was 22-of-26 last game and averaged almost 10 yards per attempt, which is something that we cannot expect to happen again. I do think that Carr could be very efficient again, but I expect him to throw a little more, and I expect him to have a smaller yards-per-attempt average than he did in the first game.

The Oakland defense has gotten worse as the year has gone on due to it attempting to implement more young players into the defense. This is most easily showcased by looking at the three-game stretch recently where they allowed 34, 40, and 42 to the Jets, Chiefs, and Titans, respectively.

In the last two weeks, the Raiders have played better, but I don’t think that is anything more than just variance and a little more experience.

Denver has been very hit or miss this year since Lock has taken over at QB, but I do think that their biggest offensive game with Lock was more due to the defense than due to the offense’s ability to make plays.

In his four starts, Lock has posted yards per attempt numbers of 4.8, 11.4, 5.2, and 5.8. Three of those numbers are not very encouraging at all, and the other is amazing.

It is hard to assume that the three games under six yards per attempt is the outlier here, so I expect him to struggle to push the ball downfield here due to his inexperience and the receivers at his disposal. The Raiders secondary is young, so I could see a mistake or two leading to big plays if that is the Denver game plan, but it seems content with letting Lock play safe football to end the year.

The Raiders are only 3.5-point favorites in a must-win game, but I will still be siding with the home team in this matchup. The Broncos are very similar from an overall talent perspective, and they seem to be focused on winning and development late in the season over tanking. I like this game to come down to the last drive, so I’ll take 3.5 any day.

Check back to Denver Sports Betting for all the news on the Broncos and all your favorite Denver-based teams. We’ll also keep you up to date on all the news regarding sports betting coming to the state of Colorado.