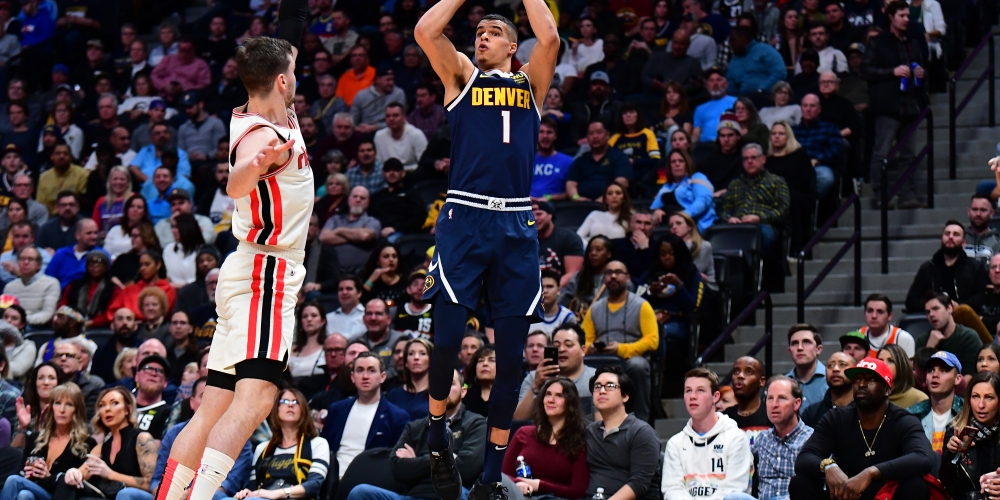 From the moment Michael Porter‘s name was called on draft night by the Denver Nuggets, it was determined that his path to NBA stardom would be an unconventional one.

Porter was held out of his rookie season as a precaution, given his injury history. Denver carved out a plan that allowed Porter Jr. to rehab during his “rookie” season, enabling him to be a go for the 2019-20 season.

Porter did not receive playing time out of the gate this year as Nuggets’ head coach Michael Malone opted to run with veterans Juancho Hernangomez and Torrey Craig. That said, as the season has progressed, Porter has slowly gained the trust of coach Malone, which has resulted in an increase in playing time for the forward.

Malone has continued to play Porter in December, and the rookie has seen his minutes average jump by a minute.

Porter Jr. logged 11 minutes in the Nuggets 111-105 victory versus the New York Knicks, and he made the most of his opportunity, logging nine points while grabbing eight rebounds and recording a block and two assists.

While the sample size has been small, it’s clear Porter Jr. has the intangibles to be an elite player in the NBA.

That said, the Nuggets are in a difficult situation because MPJ needs consistent run in order to develop, but Denver does not have the luxury to dedicate minutes to player development, given their championship aspirations.

With that, the Nuggets must figure out a way to incorporate Porter into the rotation full time.

MPJ has the skill set to be the Nuggets best player potentially, but to get there, he needs to be playing on a night nightly basis.

Denver appears to have carved out a role for Porter, and following Sunday’s victory versus New York, coach Malone praised the rookie.

“If you look at it, (Porter) played 11 minutes and had nine points and eight rebounds,” Malone explained via TJ McBride of Mile High Sports. “Was he perfect? By no means. Did he make a mistake here or there? Yes. We know that is going to happen, but him getting out there and playing meaningful minutes in a close game is only going to help his confidence and, with experience being the best teacher, it is going to allow him to develop quicker because he is playing key minutes.

“And again, I thought he had a huge impact on the game tonight which is great to see.”

ESPN recently reported that Porter is “untouchable” in trade scenarios, as he should be.

Denver would be ludicrous to trade Porter, but the Nuggets need to start treating him like he is untouchable.

Given the inconsistencies of Nikola Jokic and Jamal Murray this season, the Nuggets need a third member of the team to help push things forward, and that person could very well be Porter.

The Nuggets have always needed a third player to complement Jokic and Murray, and Porter could be that guy. It’s time for Denver to let go of the rope, so we can see what MPJ can do.